War Is Extinct, and We Miss It! Part 3: What Is Our Military Future? 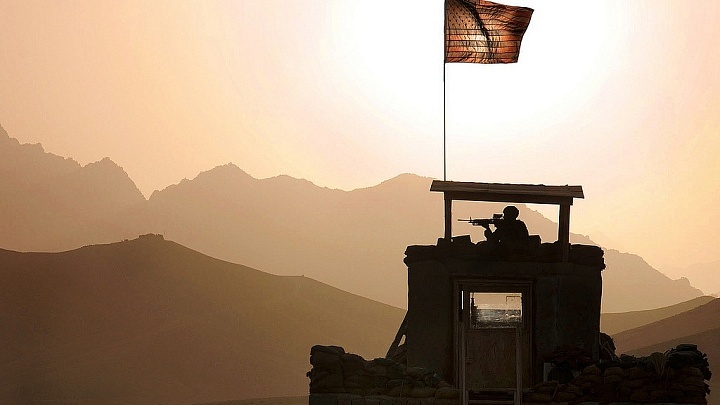 The future of war is bleak and uncertain, but the future of violence is assured. The worldwide growing gap between rich and poor and the unbearable despair of crossing it ensures desperation everywhere, including America.  It is mad to persist in our cycle of tactical victory preceding strategic failure, but it will be difficult to leave this treadmill.

We choose our enemies poorly. We demonize regimes when they are not absolutely “with us.” There is often no practical way to depose a regime and we leave no doorway to reconciliation. Instead, we might unilaterally declare an anti-American tin-pot dictator to be “our favorite Red” and thus co-opt his propaganda and acquired authority by our malevolently friendly diplomatic demeanor. American diplomacy, however, has rarely been clever.

Secretary of State Madeleine Albright once asked General Colin Powell “Whats the point of having this superb military that youre always talking about if we cant use it?”[i]  If our military cannot achieve strategic success, it should not be used. A de-centralized movement cannot be kinetically eliminated. We often mistake criminality for a political process and apply military tools to do a policeman’s job.  We have also learned that captured territory must be occupied for a long time. Hence, selective dove-ishness can be pragmatic.

Our national military strategy (NMS) is only a programming guide. Our actual strategy is determined by the available resources and our funded structure is our only tool for every mission.[ii] We stubbornly maintain a military designed for linear war and are always surprised by the enemy’s chosen battlefield conditions. The Army’s Operating Concept is vague, even for a strategic document, about prioritizing capabilities. Forced to shrink specific capabilities to economize, our military is still trying to prepare to fight anyone, anywhere at any time. It is not the Army that is hollow; we have a hollow national strategy process. In the end, though, it is irrelevant that the Army is not ready to meet the requirements of the NMS because supplemental appropriations will fix everything when necessary. America has not lost any war because of unpreparedness. “Muddling through” is America’s traditional military strategy.

We often mistake criminality for a political process and apply military tools to do a policeman’s job.  We have also learned that captured territory must be occupied for a long time.

American military structure would be very different if it was determined by data analysis like “moneyball” economics. U.S. political priorities trump thoughtful analysis, though. Congress funds weapons and an inefficient organization unsuited for current military needs in order to distribute public money where politically beneficial.[iii] This unhappy condition is unlikely to change under currently allowed political practices.

Russia has discovered that warfare can begin so quietly that the decision is reached before America or NATO can mobilize public opinion and forces in response.[iv] Unannounced, the “green men” slowly materialize among the population where there is little popular support for the sovereign government. They escalate their campaign so subtly that their attack crosses no diplomatic line in the sand.[v] Our European allies, who have more pressing needs than military readiness, will not mobilize in time to assist.[vi] By the time American tanks arrive, the IEDs are in place to neutralize them. QED.

Proxies have not worked out. We try to make native instant armies in our own image where the demographics and cultures will not support it.[vii]  The armies of South Viet Nam and Iraq did not survive on their own. The American public hardly notices a foreign casualty, but an American death is important news; so surrogates, even if they are unmotivated and ineffectual, will remain popular.

Fighting with drones and missiles are also casualty-free for the U.S. military, and special operations forces admit to few friendly losses. When we use drones against targets embedded in civilian areas without direct observation, we don’t know who is being killed. Storm trooper tactics win no friends, either. The local hearts and minds go over to our enemy. We tell the American public that covert successes must be kept secret, but if surgical strikes and black ops work, why are we losing? Real strategic success is visible on broadcast news.

We have a long history of sparse or faulty field intelligence leading to strategic error. The information may have lost its context as it rose up the chain, or someone made the facts fit his desired analysis. Political appointees are tempted to tell the boss what he wants to hear.[viii] Knowledge is power, and some people will use inside information, or the perception that they have it, in their own interests.[ix]An indicator of intelligence unreliability is the routine reports of militants killed with no mention of the non-combatants collaterally killed and with no reference to any wounded. Such reports are not only a useless metric, but they try the credulity and common sense of any audience, especially when the truth inevitably becomes public. Any clearly bogus report discredits all reporting. The worldwide protest marches of February 2003 showed that many, many people sensed the flaws in the American intelligence behind the invasion of Iraq. Yet, U.S. policy makers moved ahead and even hoaxed the U.N. The result was another small war disaster.

America can’t “get stuck on stupid.”[x] Failure is a strategic option when the stakes are critical and when the cost exceeds the possible gain; then, the national interest turns into cutting losses. Because the act of combat changes conditions which affect the war’s objectives, it should be no disgrace to display common sense and humanity and abandon a fool’s errand. “That they did not die in vain” is not a rational justification for continued waste.

We tell the American public that covert successes must be kept secret, but if surgical strikes and black ops work, why are we losing?

Policy blunders are likely to continue. Key policy is actually made by a select few in the administration. This process is personality-dependent, and brilliance is rare. The government bureaucracy that provides advice and data includes thousands of career wonks, political appointees, academic resume builders and contractors. When a lot of people are paid to think about something, they will think about that thing a lot, until their contract runs out. They are not accountable for a useful product. Even smart people are vulnerable to unimaginative “group think.” The changing terminology for guerrilla war signals that it is being over-thought. [xi]

The future will repeat the recent past until some catastrophe changes our current way of implementing republican government, and Americans may not like what that change will bring.

[iii] There are frequent debates about the role of the Marine Corps, the combat capabilities of the National Guard, BRAC (Base Reduction and Closure) and how Congress funds weapons that the DoD has not requested.

[iv] Polls show that at least half of Germans, French and Italians say their country should not use military force to defend a NATO ally if attacked by Russia.  Reported by Katie Simmons, Bruce Stokes and Jacob Poushter, “NATO Public Blames Russia for Ukrainian Crisis, but Reluctant to Provide Military Aid.” Pew Research Center, June 10, 2016.

[vi] “All of this (readiness against Russia) is very expensive and it is running up hard against the limits of member states.” Reported by John Vandiver, “US, NATO focus east, but for how long?” Stars and Stripes, June 21, 2015.

[vii] A senior Afghan defense official remarked to his American mentor, “When I was a Mujh, I had 100 other Mujh in my command. I had no lieutenants or sergeants, and we beat the Russians. Why do I need sergeants, now?” Author’s recollection.

Bob Woodward and others have reported the slanted presentation of intelligence to the President that led to the invasion of Iraq.

[ix] It is overwhelmingly probable that someone will attempt to use the information gathered by the National Security Agency to subvert the American political process, in the manner of the Watergate scandal and the suspected motive behind the theft of personal data from the Office of Personnel Management in 2015.