When Allying with Evil Makes Sense 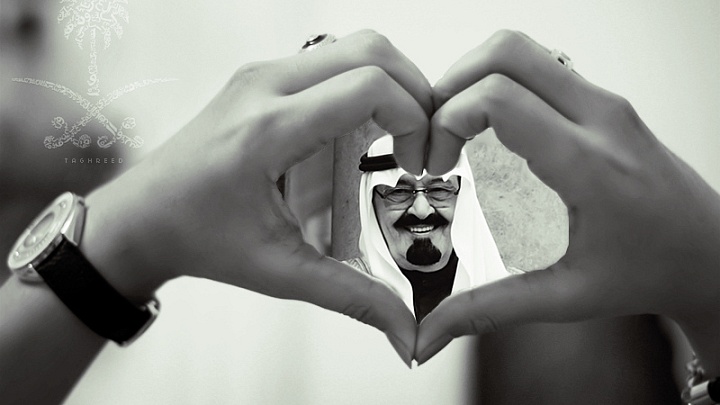 Muttering about the importance of never compromising, Rorschach leaves the Antarctic palace, intent on telling the world of how Ozymandias has killed millions of people in a hoax extraterrestrial attack to unify the planet and avert nuclear war between the United States and the Soviet Union. As he leaves, however, Rorschach is confronted and killed by Dr. Manhattan after it becomes clear that he will not back down from his threats. Unlike the other Watchmen, Rorschach was unable to accept that a world of peace and stability is better than one in which a wrong is committed for the greater good. As the masked vigilante solemnly remarked, Evil must be punished. Dr. Manhattan and the other Watchmen, however, pragmatically come to accept that while they may not agree with Ozymandias’ ruthlessly utilitarian methods, they must stay quiet and uphold this noble lie to ensure enduring world peace.

Sorry if I have ruined the finale of Alan Moore’s 1986 classic graphic novel, Watchmen, for anyone. Following events of the last few weeks, however, it is worth considering the philosophy behind it – whether liberal democratic societies can accept evil actions if they serve a greater geopolitical good in the long run. Such internal deliberation has been caused by the debate in Britain regarding whether its right to mourn the passing of Saudi Arabia’s autocratic ruler, King Abdullah, through acts such as sending David Cameron and Prince Charles to Riyadh and the lowering of flags over government buildings. Indeed, such decisions have caused a stir across the British political spectrum, criticism from human rights groups and even drawn figures into the fray including the Archbishop of Canterbury. However, in the realm of geopolitics, exactly what options are there in handling regimes which commit evil acts? I propose three broad options.

First, do what I term as pulling a Wolfowitz and invade the evildoing state to introduce democracy or provide military support to rebels already there. The potential benefits of this option are clear. Direct military action would remove the regime and a free and democratic society could emerge thereafter, provided that the correct conditions are put in place. Even if we were to dismiss quagmire-like debates regarding the relative merits of Responsibility to Protect in relation to Westphalian sovereignty, however, practical issues facing such a move are evident. The biggest issue in pulling a Wolfowitz is that the West is often too complacent in believing that democracies can simply take root in states with no history of democratic rule and a vastly different culture. Certainly, endeavors such as the Iraq War and the 2011 Libyan intervention were not doomed to fail, but ensuring that the power vacuum created through the removal of a regime is not filled with destabilizing forces requires meticulous planning and flawless execution.

Making a deal with the devil is often necessary from a practical point of view when intervening or stepping away could create more suffering in the long term.

The second option, cut ties and openly criticize a regime’s evil acts, with the possibility of implementing sanctions. This option provides a seemingly comfortable middle ground between intervention and non-intervention should the state be not enough of a pariah nor harmless enough to invade without the conflict escalating, but unimportant enough to cut ties with. Whilst this may be the case, however, it is often the worst of both worlds from a practical perspective. The regime is not removed directly and sanctions – unless especially crippling – generally fail to alter policy greatly and often impact citizens more than the regime. This can be seen time and again with states including North Korea, Iran, and Russia. As a result, the high ground may be taken through such a response to a regime’s actions, but it is not especially practical.

Third, continue a policy of relatively close ties while pursuing reform at a slow and steady pace. This pragmatic option hearkens back to President Johnson’s belief that it is better to have loose cannons inside the tent pissing out than outside the tent pissing in. A staple of the Cold War, this option still has traction in geopolitics and it is clear to see why. The obvious drawback, however, is that this option is often incredibly slow in delivering any reform whilst overtly dealing with morally questionable states. Whilst this may be the case, it avoids the potential for disaster in quickly uprooting a regime and planting democracy, whilst reaping the benefits of trade and still pushing for limited reform in states which may buckle through rapid change. Consequently, it is very much the safe option with regards to stability and, when looking at morality in a long term perspective, may often deliver the biggest return through avoiding the creation of a dangerous power vacuum.

Obviously, which of these three options should be applied is dealt with on a case by case basis. With regards to Saudi Arabia, it is clear why the third option is the lesser of three evils. True, in a 2014 Freedom House report, in both the civil liberties and political rights categories, Saudi Arabia received the worst possible score and was firmly designated not free; it is a state which drastically impinges on women’s rights and does not beat about the bush in punishing dissent. While this may be the case, pulling a Wolfowitz would create a power vacuum in a state containing the two holiest sites of Islam and a particularly fundamentalist strain of Islam – Wahhabism. To describe such a situation as potentially messy would be an understatement. For a country as important as Saudi Arabia, sanctioning and openly criticizing may deliver the moral high ground, but it could have disastrous results. It is one of the very few friendly and reliable major oil suppliers in the world, the threat of unbridled Wahhabism in the world should not be taken lightly considering its expansionist ideology and if sanctions were to work, they could have a similarly destabilizing result as pulling a Wolfowitz.

In contrast, whilst dealing with an unscrupulous regime is never ideal, it prevents the issues outlined above which would almost certainly produce more suffering in the long term than the current suffering under the House of Saud. At the same time, liberal democratic states would reap the benefits of positive interaction and still be able to slowly push for steady reform. Indeed, it is generally acknowledged that the recently-deceased King Abdullah had a reputation as a reformer in this highly conservative state and that should not be overlooked when judging his record through Western mores. Indeed, a Saudi king who attempted to alter the status quo dramatically would be sure to find himself without a joband perhaps a headafter not too long.

Being allied to an evil regime is never something that should be taken lightly and questions of good and evil should never be completely removed from geopolitical decision making, as the recent marking of the 70th anniversary of the liberation of Auschwitz reminds us all. Liberal democratic states should always push for greater reforms in such states whenever possible. Making a deal with the devil, however, is often necessary from a practical point of view when intervening or stepping away could create more suffering in the long term and remove advantages, such as a powerful regional ally and oil supplies, as in the case of Saudi Arabia. As a result, sending the British prime minister and future king to Riyadh and lowering flags to half-mast over government buildings may underline Britain’s close relationship with a disreputable regime, but only unflinching moralists can truly blame the government’s actions. In dealing with a state such as Saudi Arabia, it would be unwise to follow Rorschach’s path.

Peter Storey holds a Masters degree in Intelligence and Strategic Studies from Aberystwyth University, UK, and focuses on asymmetrical warfare, Afghanistan, and terrorism.

Is the Marine Corps Setting Women Up ...