Why Are God, Jehovah and Allah Taking All the Blame? 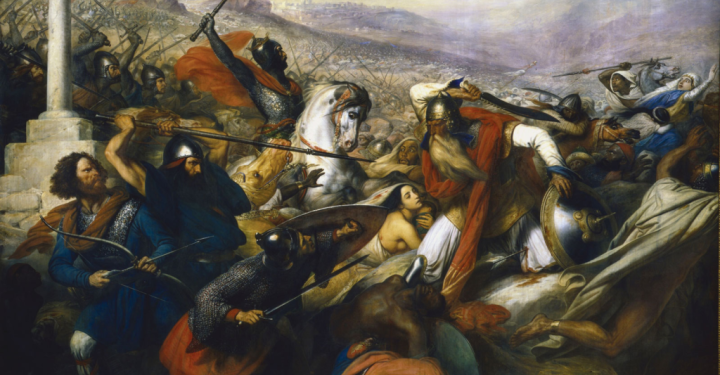 In a recent article for Cicero, Forest Grace claimed that monotheistic Western religions (which he defined as Islam, Judaism and Christianity) are inherently more violent than Eastern, polytheistic ones (specifically, Buddhism, Taoism and Hinduism). His is the faint echo of a very old argument – an argument made even fainter by its irrelevance in 2015.

Virtually every major religion, both Eastern and Western, has indulged in periods of religiously motivated violence. I would not contest that most religiously-motivated violence in the world currentlycomes from the Abrahamic religion of Islam, but it has not always been so, nor will it be so forever. The Spanish Inquisition had its day, as did the Taoist Emperor Wuzong who persecuted both Buddhists and monotheists to the point that neither ever recovered their prior popularity in China. (And it’s worth mentioning that, by confining himself to “major” religions, Grace conveniently avoids the tricky issue of, say, Shintoism which reached its zenith as the motivational religion behind the Japanese effort in WWII.)

But, to traffic a bit in the article’s generalities, I agree that Western religions are, historically, more aggressive than Eastern ones (Hinduism, however, while Eastern, can be interpreted as more monotheistic than polytheistic); I would only counter that Eastern religions are, on whole, more passivethan Western ones. Is this a good thing? Unlike Grace, I don’t find passivity to be a nobler trait than aggression. The religious failures of abject passivity are comparable to the sins of rabid aggression. Both aggression and passivity can lead to evil acts and inhumanity, if taken too far.

Why not focus on Islam and atheism?

The article’s focus on monotheism borders on tunnel vision, blinding its author to the far-greater role geography and politics played in the formations and evolutions of both Eastern and Western religions. Eastern religions thrived in countries, such as China, India and Japan, where formidable natural boundaries and the iron hands of their rulers kept the population insulated from outside religious influence or, at the minimum, helped staunch religiously motivated violence from bleeding across political boundaries. Western religions, in contrast, were forged in the crowded, turbulent furnaces of the Middle East and Europe, subject to ever-changing political boundaries, dynamic cultures and <a href="https://www.course-notes.org/world_