What the War with ISIS Teaches Us About Strategy 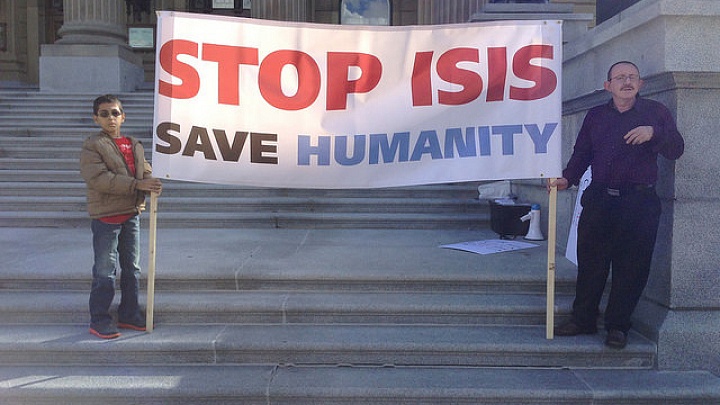 Few words are as ubiquitous and amorphous as the word “strategy.? This has certainly been true regarding the U.S. response to ISIS. On September 10th, President Obama intended to present a clear strategy for combatting the terrorist group. In actuality, his speech illuminated two distinct approaches to strategy. The speech outlined what the president would like to have happen, but it also foreshadowed what is likely to happen.

In the U.S. military, the teaching of strategy has been profoundly influenced by a professor at the Army War College, Colonel Arthur Lykke, Jr. Lykke distilled strategy to a simple equation: Strategy = Ends + Means + Ways. In essence, the strategist identifies the overall goals or objectives (the “ends?), then takes the available resources, including personnel and equipment (the “means?) and develops concepts (the “ways?) that use these resources to accomplish the overall goals. This elegant formulation of strategy has been taught widely, and its influence was evident in the president’s speech.

President Obama was clear about the ends. “We will degrade and ultimately destroy? ISIS, he stated, and he went on to outline four ways to do this. First, he would order widespread and sustained airstrikes to attack ISIS, including in Syria. Second, the U.S. and other nations would offer support to groups who were combatting ISIS on the ground, including the Iraqi Security Forces (ISF), the Kurdish Peshmerga, Syrian opposition groups, and Iraqi national guard units (possibly another name for Sunni paramilitary groups). Third, the U.S. would lead an international effort to counter ISIS through several counterterrorism measures, including strengthening homeland defenses, stemming the flow of recruits, cutting off funding, and countering the ideology that fuels the movement. Fourth, the United States would continue to provide humanitarian aid to civilians who had been displaced by ISIS activities. While the means of this strategy were not explicitly identified, it was clear that the United States would commit air forces and a small amount of ground personnel to the region. The president, however, explicitly stated that these ground forces would not have a combat mission. Therein lies the problem.

When teaching students about strategy, Lykke used a simple metaphor: a good strategy is like a three-legged stool, with the legs representing the ends, ways, and means. If any leg is out of proportion to the others, the stool tilts off center. The more the stool is tilted, the greater the risk that the strategy will fail.

The word “destroy? has a specific meaning. Even if just one ISIS cell remains operational, the overall objective will not have been met.

The chief problem with the president’s anti-ISIS strategy is that the ends, ways, and means are out of proportion. Specifically, the ends are relatively unlimited—to destroy ISIS—while the means are quite limited. The word “destroy? has a specific meaning. Even if just one ISIS cell remains operational, the overall objective will not have been met. It is extremely difficult—many would argue impossible—to dismantle a terrorist group to this extent. In comparison, the means outlined in the speech are relatively limited. This is especially true of the prohibition on ground forces with a combat mission. Even a small contingent of special operations forces could make the airstrikes more effective, especially after the initial wave of attacks destroys fixed targets such as ISIS bases, training camps, command centers, and infrastructure. By ruling this possibility out, forces like the ISF, Free Syrian Army, and Peshmerga are the best hope to engage ISIS at close range, but the United States does not control them and cannot guarantee their courage and commitment. With its relatively unlimited ends and limited means, this anti-ISIS strategy might work, but it carries great risk—risk that the mission to destroy ISIS will not be accomplished.

At least that is one way to assess the strategy. There is another. Just like all strategic leaders, presidents must balance risk. Over the summer, the ISIS threat grew to the point that President Obama had to balance the risk of action with that of inaction. For better or worse, the separation of power in the U.S. system prevents him from acting unilaterally and forces him to sell his plan to Congress and the public. He accomplished this by promising to destroy ISIS without deploying combat forces on the ground. Now the stage is set to see how aggressive airstrikes will affect ISIS. The United States can assess these strikes and, if needed, adjust the strategy.


This points to a second approach to strategy, one articulated by Everett Dolman of the Air Force’s School of Advanced Air and Space Studies. Dolman argues that, as problems become more complex and options less constrained, it is better not to articulate an end state. For the strategist, there is no end state, there is just tomorrow. Good strategy is simply a plan for continuing advantage. Each combination of ways and means should establish an ongoing advantage vis-a-vis the competitor—in this case, ISIS.

In the short term, airstrikes will weaken ISIS and deny it safe haven in Syria. This will blunt ISIS’s momentum and give the anti-ISIS coalition a significant—but temporary—advantage. While coalition attacks may be wildly successful in decimating the group, it is more likely that these attacks will have effects that are destructive at first but diminish over time. At some point in the future, there will need to be an adjustment to the strategy, and then the president will have to balance the militarily feasible with the politically possible. Some will warn against “mission creep.? But iterative strategy is both normal and desirable, so long as the adjustments lead to a continuing advantage. When they do not, it’s not mission creep—it’s just bad strategy.

Prussian military philosopher Karl von Clausewitz wrote that war is like a duel to the death, where each side must kill or be killed. This is true of total war, but few wars fit this description. In practice, war is actually a political dialogue conducted with lethal means. Today, it is striking to see this dialogue played out in near real time with speeches, bombs, tweets, and beheadings both sides acting and reacting. This interplay will continue for some time, as ISIS is a thinking, learning, and adaptive enemy that will take steps to defend against U.S. strikes, reinforce its core constituencies, and attack in asymmetric ways. Eventually, the anti-ISIS coalition will need to adjust its strategy with an eye to gaining the continuing advantage. That will be interesting indeed.

Colonel S. Clinton Hinote is a military fellow with the Council on Foreign Relations. He recently commanded the 8th Fighter Wing at Kunsan Air Base, Republic of Korea and served as the U.S. Forces Korea Area VI commander for more than 7,000 Air Force and Army combat ready and forward deployed personnel. The views expressed here are his own and do not represent the views of the U.S. military.