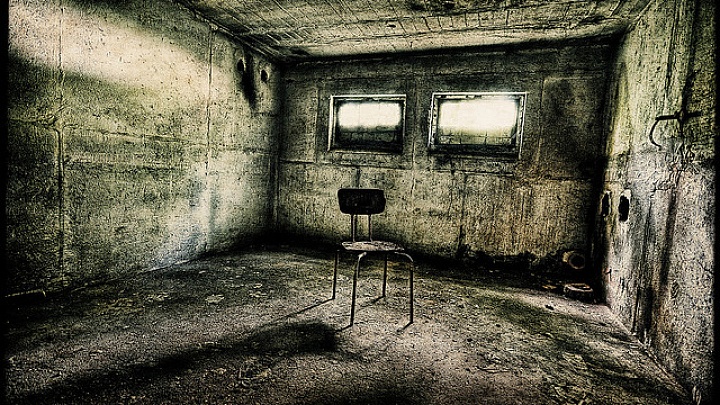 Assume you came to pick up your child from school and found the building locked. A terrorist had hidden a bomb inside and locked the doors with your child inside. You manage to get in. The bomb will go off in 15 minutes—not enough time to search for it or call the police. You have caught the terrorist and tied him up, but he refuses tell you where the bomb is. What do you do?

Ah. There is a deep sink in the kitchen… Time is short and you must decide: Should you dunk him and make him tell you? Which is to be sacrificed, your conscience or your child?

Now let’s change the question: What if the child at risk is not yours? She is a stranger to you. Would you still sully your conscience—not to mention break the law—to save her? You find this harder to answer.

What if ten other children are about to be killed? What about one hundred? What price should others pay for your own insistence on the purity of your ideals, and your conscience? On the other hand, why should you act against your conscience for something that does not affect you and yours? Especially when the law compels you not to act?

Your hypocrisy is necessary for a civilized society. In every society, there’s a need for some “necessary evil” to be performed if society is to survive.

This Socratic dialogue is bound to make you uncomfortable, because chances are you have never had to approach a question of moral choice this way. Focusing on the personal impact of moral decisions may be uncomfortable for those who exhort morality at the expense of others, with no cost to themselves. It is easy to pontificate about hypotheticals: People often exhort others to do one thing, but do another thing entirely when faced with its cost to their own kin. Where would you stand if the costs of inaction were to hit you and yours?

Let’s go to the final version of the question: You are locked inside your child’s school, listening to the infernal tick-tock of the hidden bomb. The terrorist is tied up in the chair besides a sink full of water. But now it is not you who has caught him, but an agent of the U.S. government, working within his capacity as an officer commissioned by a president whom you elected. Luckily the agent does the necessary deed with the sink, finds the bomb and saves your child. However, a month later a major newspaper exposes his deed in a Pulitzer Prize-winning piece.

Do you think that the attorney general should prosecute the agent after saving your child’s life? No, I did not think so. Neither would I. But should we? And what if he had saved someone else’s child? Or hundreds of other children? What if they were adults? Would your answer be different then?

This is not a trick question, but a deadly serious one. Since none of the children in the hypothetical school—similar to the real towers of the World Trade Center—is yours, the ticking bomb threatens the lives of strangers, and those who must save their lives are strangers to you also. But does it matter? Should your willingness to grant a government agent a torture exemption suddenly wobble or perhaps disappear? If a government agent aims to save your child, you would let him bend the rules, but if he intends to save others’ lives, you would have him prosecuted? Are you not ashamed of yourself and your hypocrisy?

You should not be. Your hypocrisy is necessary for a civilized society. In every society, there’s a need for some “necessary evil” to be performed if society is to survive. But a moral society cannot admit this nasty fact, even to itself. Hence our collective hypocrisy in shunning the agent for the dirty deed he has done, albeit for our sake. And so, to keep society moral, we must deride him publicly, so we can tell ourselves that we would never have done such a thing.

But is it fair? Should the law perhaps absolve the agent of all such deeds in advance? Certainly not. A blanket exemption would carry its own terrible cost, but so, unfortunately, does a blanket condemnation—because evil does exist and those who fight it in the shadows on our behalf must occasionally do what Thomas More would not: Bend the rules to fight the Devil, to prevent him from destroying those we love.

Should we then prosecute the agent? The inevitable answer is that we must but bring him before a jury of his peers. And that jury should be reminded of its power to disregard both judge’s instructions and the law, if it thinks them unjust. This is such an awesome power that it is often all but illegal to inform juries of it. However, it does exist. Because the law deals with generalizations, and morality, unfortunately, often cannot be generalized; and when it comes to matters of moral specifics, juries are the best tool we have.

If the agent did what was truly necessary to save lives, even if what he did was morally doubtful, once the facts are laid bare, there is probably not a jury in the land that would convict him, no matter how immoral the deed appears to some. And it should also be remembered that, should a jury of his peers feel obligated to convict him under the law nonetheless, the power to pardon the agent or grant him clemency still lies with the president, under whose authority he was acting.

But what if the deed was not truly necessary? What if there were no kids or no bomb and the agent was simply using torture to shorten the path to uncovering information by taking a moral shortcut? Then the agent would most likely be found guilty and punished. And the possibility of having this distinction made legally is, after all, what those empowered to use violence in our defence, as well as all of us as citizens, are fighting for.

Avner Mandelman is a Canadian hedge fund manager who served in the Israeli Air Force during the Six-Day war. He has a B.Sc. from the Israeli Technion, and an MBA from Stanford Graduate School of Business. His literary thriller, The Debba, was long-listed for the Canadian Giller Prize; and his book, The Sleuth Investor, is used as a textbook in MBA investment programs. He lives in Toronto.

We Still Need to Defeat Assad, Not ...