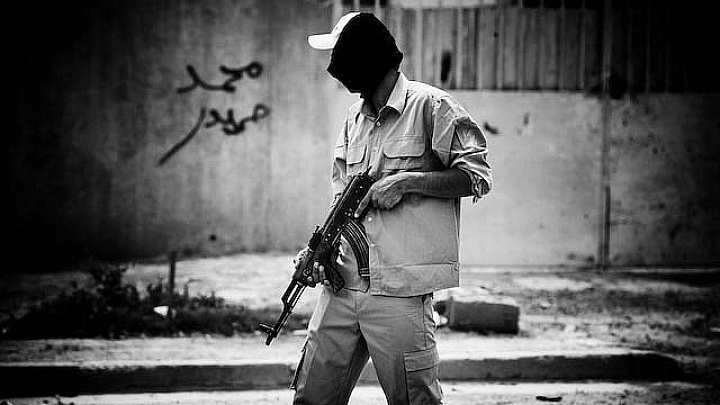 Recent history in Iraq shows that an effective way to achieve victory against ISIS would be to deprive it of its Sunni incubator. The United States previously experienced success in Iraq through implementing a similar strategy against ISIS’ al-Qaeda-linked predecessor through working with the Military Councils and the “Sons of Iraq” as part of the so-called Sunni Awakening. Mobilizing Iraqi Sunni against ISIS will not be an easy task and it would require a greater effort from the U.S. government and its allies than they have thus far shown. But Washington was successful in the same terrain before and it will be paired with surgical airstrikes against massed ISIS forces.

Some analysts have suggested that an American dialogue with Sunni leaders and militia commanders—especially those who fought al-Qaeda in Iraq jihadists before—would be helpful. As a former general in the Iraqi Army, serving both during the Saddam Hussein era and alongside American troops following his overthrow in 2003, I know and have worked with many of the tribal sheikhs and former military commanders who could be helpful in such an effort. Now, as an American, I believe the United States should begin immediate communications with Sunni commanders, Military Council commanders, and influential tribal sheikhs, utilizing previous experience with the “Sons of Iraq” or the awakening councils to rejuvenate that operation.

This time, however, it will be necessary to give Sunni leaders strong incentive to oppose ISIS by giving them a real stake in the future of a united Iraq. When the United States turned control of the Sunni “Sons of Iraq” movement over to the Shia-dominated government of Nuri al-Maliki, many Sunnis saw it as a betrayal. They had good reason to. Al-Maliki refused to integrate Sunni militias into the national military structure. This action, part of the sectarian divide between Sunni and Shia throughout the region, caused a division in loyalties and is the reason Iraqi government forces were in no rush to defend Anbar from ISIS and why ISIS found fertile ground in the Sunni Triangle of western Iraq.

Rebuilding ties with the “Sons of Iraq” or starting a new Sunni Awakening will not be easy, but the U.S. has successfully applied this strategy before. It would require putting pressure on Baghdad to grant Sunni concessions in return for expelling ISIS.

Another Sunni Awakening will require granting Sunnis sustainable and rewarding gains this time around. In the short term, it will require immediate funding and material support for a renewed military effort. Sunni leaders, however, will be interested in long term assurances that they will not be left out again. They will likely demand increased provincial powers; reviews of the sentences of Sunni leaders arrested by government forces; for the national police and armed forces to be formed from all provinces (not just Shia areas) and report to the governor, not to the commander-in-chief or the prime minister; and for the central government of Iraq to fairly and equally distribute the national government spending throughout the different regions of Iraq. They will likely want the integration of Sunni militias into the national military force.

The Iraqi national government, Shia-dominated and influenced heavily by Iran, would never propose or agree to these conditions on their own. In fact, it was the al-Maliki government that created these fertile conditions for ISIS in al-Anbar province. It would fall to the U.S. government to use all available leverage and place pressure on the central government to finally respond to the legitimate grievances of the Sunnis and agree on package of reforms to the military, judicial system, and constitution.

The United States should also pressure the Iraqi government to curtail the Shia militias gradually and integrate them into the formal military system with a system of command under provincial authorities—just as it would be in the Sunni region. Kurdish Peshmerga forces have had their own separate military command structure for years. The Sunni and Shia regions should as well and doing so would give each region the means and incentive to defend itself—with help from the others when necessary—from outside invaders such as ISIS. Giving Sunni more control over their fate and security would give them incentive to reject ISIS and push them out of Anbar.

Avoiding U.S. Boots on the Ground

A local or regional solution seems to be much more palatable to the Obama administration, and most Americans do not want to see the U.S. military involved in Iraq again. In the years since the U.S. withdrawal and failure to reach a security agreement with the al-Maliki government, Tehran has gained greater influence in Baghdad. Iran is only concerned with protecting Shia sites and territory in southern and eastern Iraq, not in the Sunni west. It seems content to cede Sunni Iraq to ISIS. Granting a haven to ISIS is a state of affairs America and its Western allies cannot allow.

Rebuilding ties with the “Sons of Iraq” or starting a new Sunni Awakening to reject and expel ISIS from western Iraq will not be easy, but the U.S. has successfully applied this strategy in Iraq before. It would require the United States to put serious pressure on the Iraqi government to grant Sunni concessions in return for rejecting and expelling ISIS. It was the sectarian nature of al-Maliki’s government’s policies that left Sunni with no incentive to support the national government and created the fertile conditions among many Iraqi Sunnis that ISIS has taken advantage of.

Rejuvenating Sunni military councils alone would clearly not be enough to defeat ISIS. It would take time to organize the effort, build support for it, and equip its forces. However, when paired with other military effects the U.S. can provide—airstrikes, intelligence, satellite imagery, tactical advice, financial disruption, etc. —the combined effect would be hard to withstand. In return, the U.S. and its allies could gain better human intelligence on ISIS from allies on the ground.

A new Sunni Awakening in Iraq would have the short-term advantage, paired with U.S. airstrikes and military assistance, of contributing to the defeat of ISIS. It would also have the long-term advantage of granting Sunnis the power, ability, and incentive to control and defend their own region. That is the only way to give them a real future stake in a united Iraq.

General (Ret.) Mohammed Al-Samarae was a career Iraqi army officer, serving in various command positions, culminating with command of the 6th Division of the Iraqi Army in 2006. A graduate of the First Military Academy (Baghdad) and the Iraq Joint Air Defense College, he has lectured at the U.S. Air Force War College and provided counterinsurgency training to U.S. military commanders at JRTC and NTC. He is a decorated veteran of the Iran-Iraq War, Gulf War, and Iraq War. He is now an American citizen living in Virginia where he runs his own consultancy, General’s Experience.