War Is Extinct, and We Miss It! Part 1: What Happened to War? 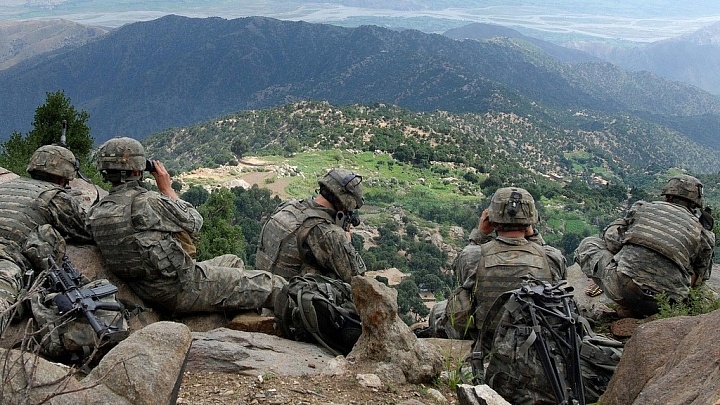 America’s most successful wars were fought to enforce diplomacy with foreign governments that had a central decision-making entity. Those wars pursued a national interest with total commitment to achieve uncompromised victory. Victory was to force the enemy decision-makers to either accede to U.S. demands or be replaced by a cooperative regime.

Declared war identified the enemy, brought full mobilization of all the national assets for the duration and included central command of the economy with price controls, rationing, conscription and funding through war bonds. It was old-fashioned, big war that employed the operational art, and U.S. tactics conformed to our notions of national ideals, culture and honor.

If we no longer practice big declared war, what are we doing instead and how is that working out for us? How did we devolve from old fashioned war to today’s persistent conflict? How will America use its military power in the future?

What is warfare now?

The U.S. has not declared war since World War II. The U.S. Cold War strategy was to contain the Soviet Union and Red China, and simplistically divided our worldview into friends, enemies and very suspect neutrals. Socialists were disdainful heretics or fellow travelers, and critics of American policies were traitors. When foreign political processes turned violent, we used any means to “keep out the Reds.” The result was many combats that were not declared war. The U.S. has maintained this diplomatic habit since the Soviet Union collapsed. Frequently, there has been no opposing central decision maker with whom to negotiate and threaten with military violence. Since defeat is born in the mind of the commander, there must be a central authority that can decide to surrender, or to change his mind.

Diplomacy in support of a friendly government against insurgents is much less effective than diplomacy applied against an invader. In order to influence civil strife, the U.S. Department of Defense (DoD) is used as an extension of the State Department, which has too few assets of its own to support its policies. These combats, despite the heroism of our soldiers and the extravagance of treasure, are “magnificent, but…not war.”We now call it “persistent conflict.”

The U.S. Army War College says the following about such conflicts:

“There are no absolute victories; there are only phases in a permanent struggle to promote and defend our national interests [italics added for emphasis]. At each phase, threats are defeated or recede, the international system reconfigures as old powers decline and new powers rise; and at home, resources are redistributed in support of priorities and strategies.”

Even before the fall of the U.S.S.R., and usually since, the outcomes of these undeclared wars have been disappointing.

Weak public appetite for sacrifice and casualties compels the U.S. to beg for allies, scramble for surrogates and use weapons at a distance.

The U.S. military is on the strategic defensive through trying to contain nebulous foes that have seized the initiative and set the strategic and tactical conditions. We are only reacting and we are not in control of the confrontation, even if we choose to attack first. A defensive strategy will be indecisive if the enemy can patiently search for a fatal chink in our armor. Eventually, our objective will be only to disengage and escape. Containment may be our straitjacket.

Facing an enemy who can’t decide to quit, and being unable to know when we have won, our Western national army structured along 17th century concepts becomes a large, lingering target for guerilla fighters. Weak public appetite for sacrifice and casualties compels the U.S. to beg for allies, scramble for surrogates and use weapons at a distance. We blindly bomb from afar, send drones to shoot at shadows, and reverse the roles of the supporting Special Forces and the normally decisive regular formations. The results are stalemates that can last for decades, outright defeat, or a fade into a lull of unresolved discord. These campaigns drain our economic strength that is the foundation of our national military power, and our enemies take hope from this.

Waging big war bets every national asset on the outcome of the conflict. Although the winner can take all in war, the winner may lose all or most. In 1938, British Prime Minister Neville Chamberlain knew that WWI had bankrupted his country, shaken its social order and greatly weakened its control of the source of its wealth, its empire. He initially chose not to risk complete ruin in another big war and offered appeasement to Hitler. Churchill went on to lead the big war and, at its end, his political party was out of office, Britain was bankrupt, the Empire was dissolving, and the original casus belli, Poland, was captured by a hostile power. Even readiness for total war can cost too much, and it certainly helped chip away at the rotten economy of the U.S.S.R.

Small warfare, in comparison, seems cheap. Its bills are small, although numerous, and such wars are presented over time with less notice by the domestic political audience; but if the government is “in for a penny,” the fighting soldier is still “in for a pound.”  One very important cost-avoidance of small war is that the manpower requirement is within the means of the volunteer army, so we do not resort to the highly disruptive social and disastrous political consequences of conscripting an army of slaves for an unpopular war.

The U.S. has often misjudged the character of a conflict, and we may have misunderstood the nature of our own role in it, too.

When America waged big wars, we had a strong economy based on cheap labor and cheap energy, and were able to bankroll our allies, like Britain. We raised capital from our own thrifty and committed people through war bonds. Since WWII, the U.S. has borrowed war funds on the open market.The U.S. is now a debtor nation and our major creditors include our potential big war adversaries.

The public’s will to risk everything is decisive. Armed conflict is about political power, and its moral element motivates the individual fighters to take personal risks. Most of the great captains of history referred to the critical importance of soldiers’ motivation and dedication in war of any scale.The U.S. has often misjudged the character of a conflict, and we may have misunderstood the nature of our own role in it, too. With such miscomprehensions, the enemy achieves objectives while the U.S. military deliberates. America often employs material incentives to reward desired behaviors from the combatants, while the enemy employs moral motivation to incite behaviors. Incentives enable cooperation, but morale ignites commitment.

Laissez-faire capitalism is not a religion and no poor person would be its suicide martyr. The U.S. Constitution is a system of government that seems to work nowhere else. Capitalism can deliver economic opportunity, or it can be license to exploit. A successful constitutional democracy requires a credible judiciary. When Americans try to evangelize these systems and liberal human rights while practicing torture and withholding voting rights to American minorities, our would-be friends conclude that Americans are hypocrites. If they think that our government is manipulated by plutocrats, and do not share our religion or culture, they conclude that America’s secret objective is economic domination.

Most guerrillas are totally committed ideologues or nationalists fighting a foreign invader. Bourgeois values do not raise a militant middle class or export well, and do not inspire self-sacrifice from the economic lower or upper classes. Rotarians do not become insurgents. Native militias show more dedication than foreign professional soldiers. The enemy may have an achievable political objective where Americans do not. When we assassinate one zealot, another will take his place until the last zealot is dead. With such mismatches of motives, America has inconsistent, inexplicable and even bizarre relations with friends and enemies. Consider the melee among Sunni Saudis, Shiite Iranians, Iraqis and Sunni ISIS. All have different stakes in the possible outcomes, and some even hope to become the next superpower. America, the man in the middle, can only protect itself while looking for the exit.

[i] The Memoirs of Field-Marshal the Viscount Montgomery of Alamein, K.G., (Cleveland, OH: World Publishing Company, 1958) One of the best books about generalship known to this author. Chapters 6 and 7 are particularly good about the decisiveness of the commander’s will to fight.

Referring to the charge of the Light Brigade at Balaclava, Crimea in 1854. Benjamin Disraeli told the House of Commons that this military fiasco was a feat of chivalry, fiery with consummate courage, and bright with flashing courage. The London Times correspondent, W.H. Russell, referred to it as a glorious catastrophe.

[iv] We are continuing this policy in bleeding America to the point of bankruptcy. Allah willing, and nothing is too great for Allah. Osama Bin Laden. “Full transcript of al Qaeda leaders tape,” Al-JazeeraNovember 1, 2004.