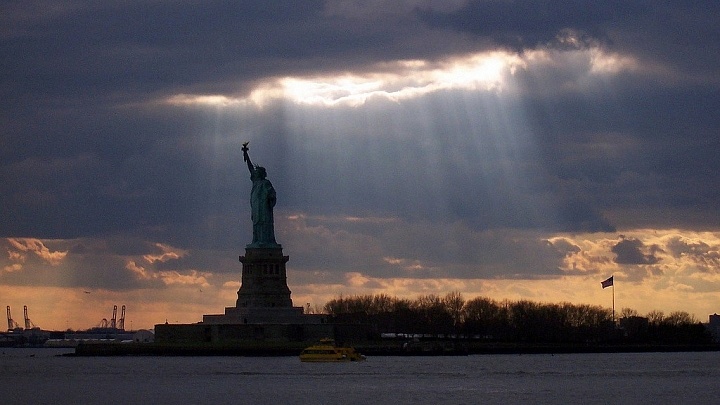 The Secretary of Defense has spoken. More than two centuries of male-only combat arms in the United States military have ended, and what’s surprising is that anyone is surprised. This didnt happen last Friday, or in 2013, and it wasn’t decided by Obama, or even Panetta. There was no feminist cabal at work. No assortment of ‘feminist’ professors scattered across the country who don’t know or care about the military made this happen; and it certainly wasn’t brought about by a very loose and rather small collection of military women – despite their enormous sacrifices – who weren’t even organized inside their own services, and who lived in constant fear of ending their careers when they spoke up.

This isn’t some social experiment. To see it that way is to have everything backwards. Military culture doesnt drive national culture in this country, its the other way around. The evolution of American society drives everything. It’s the pressure of this same evolution that has made the military end everything from flogging to racial segregation. National culture is what gave us a tiny military after the Revolution, and a gigantic one after WWII. And it’s American national culture that’s driving this; it’s the basic changes in American culture over the past thirty-odd years that have demanded it. Incessant war demands may have sped things up, but the end of gender segregation in the combat arms was inevitable, and has been for longer than most people understand.

If you’re old enough, think back to the ‘50s. Only 3% of law students were women then, and it was considered natural. Everyone just ‘knew’ women couldn’t handle legal work. Now the percentage of women in law school is close to 50%. Many of the top lawyers are female, and the same is true in medicine. In the 1950s, a woman needed a man to get a credit card. Now some of the most powerful people on Wall Street are women. The examples are endless and encompass everything from educationto mixed martial arts. Theyre endless because there’s been a sea-change in the role of women in this country, a virtual revolution, and there’s been an equally enormous change in the way people look at how women should be treated and what should be expected of them (and what they can aspire to) especially among younger generations.

Take a look at the movies. More and more, male-female partnerships in action movies and TV procedurals feature a physical partnership. The woman kicks butt, too. She isnt just the poor thing that gets saved. The point isnt whether a smaller woman can knock out a much bigger guy, the point is Hollywood is giving people what they want. Hollywood doesn’t make money by preaching, they make money by giving people what they want to see, and the American public wants to see this. Box office receipts don’t lie. Neither do TV ratings. Americans want woman heroes. Women want women heroes, and they want it because their expectations are changing. Of course its not everyone, and its not everywhere. You can find lots of people in lots of places to say just the opposite, but if you cant grasp that this really is going on nationwide, that there is a fundamental shift underway in the role of women, then you are blind to whats going on around you, and you are most definitely blind to the future.

Panetta didn’t act because he was told to; he acted because he had to, because reality was staring him in the face.

Once upon a time there was a woman named Elaine Donnelly who spearheaded a movement claiming the American public wouldnt stand for seeing women in body bags. Well, guess what? The verdict is in: the public doesnt care. The only verdict that was rendered was that Americans dont want to see anybody coming home in a body bag.

This is such a non-issue that even arch-conservative politicians dont want to touch it. There’s bound to be a few soft squeaks now, but have you heard even one GOP Presidential candidate bring up the subject of women in combat? Theyre afraid that the majority of Americans have moved on. They’re afraid that having women as warriors just isnt controversial anymore; to the contrary, theyre afraid that they’ll alienate way too many voters if they protest.

It’s time for a lot of people to wake up and smell reality, especially those die-hards in the military who have fought this for so long. The Combat Exclusion Law wasn’t repealed for political reasons, it was repealed because it no longer made sense. Panetta didn’t act because he was told to; he acted because he had to, because reality was staring him in the face, including both virtually endless wars that are sucking women ever deeper into indispensable combat roles for everyone to see, and the obvious fact that cultural demands for equal opportunity and fairness for women were just going to get stronger and stronger. The truth is, women in the combat arms has been preordained for at least the last ten years, if not a whole lot longer.

And now it’s here. The death knell for the male-only combat arms has sounded, and all the wishful thinking in the world isn’t going to change that fact. If you’re in the military, especially the Marines, you’re sitting on a very pointy divide. On one side is acceptance of change and working to make it happen, finding the right way to carry it out, being part of the future. On the other side is shutting your eyes and grinding your teeth and shouting “No, no, no!” all the way to the bottom. It’s the same pointy divide that has faced military leaders of all ranks throughout history, and not just on social issues. It’s ironic that a recent anti-gender integration article brought up Billy Mitchell, because it’s the exact same attitude of opposition to change that he faced, the mindset of clinging to the past at all cost that fought so hard not only against air power, but screw propellers, iron-clads, and movable gun turrets.

Change hurts. It’s never easy, and this one won’t be either. You can be sure no one in the DOD thinks it will be, and no one up there in the SECDEF’s office is glad that they’re the ones who have to deal with it. But they are the ones who have to deal with it, and they’re not blind. The top leadership has seen the handwriting on the wall, writ large by American culture, and these leaders are planning for what is coming, which includes dealing with die-hards in the service who are afraid of what the inclusion of women will bring – die-hards who are prepared to cut off their noses to spite their faces.

You worry about a woman dragging a big guy off the field when hes wounded? Go see what its like to drag someone out of an engine compartment through a hatch when the compartments on fire or youre about to drown.

Of course they’ve been planning for this for a while. Of course the message from top leaders has been women will be in combat arms and women will graduate Ranger School, if any of you have a problem with that, you need to get out of the military. What other kind of message did you expect in a situation like this?

What do you think happened when military leaders finally faced up to racial integration? Do you think they told whites, “Gee, we hope this doesn’t upset you.”? No, the message that went out was: Blacks will be serving with you. If you cant get over it, you need to get out.” That was the message from top leadership then, and that’s the message from top leadership now: “Gender equal opportunity is happening. You need to get on board, or get out of the way.”

Learning from the Surface Navy

It is truly sad that the services are so terribly compartmentalized. A lot could be learned from the Surface Navy if anyone in the Army or Marines cared to look (and a lot could have been avoided). The Surface Navy has dealt with the same issues. Yes, the exact same issues – including the rumors, the exactsame rumors. The Marines (and more than a few Army guys) like to think they’re facing something totally new, but they aren’t. You think unit cohesion in a barracks or in a foxhole is something difficult? Try it out on a ship at sea for six months, everybody locked up in an iron box. You worry about a woman dragging a big guy off the field when hes wounded? Go see what its like to drag someone out of an engine compartment through a hatch when the compartments on fire or youre about to drown. Make no mistake about it, the Surface Navy faced these very same problems decades ago. They made a lot of mistakes – there are a lot of mistakes to make – but they learned, and then they moved on and they made it work. Ground combat leaders could do a lot worse than take a peek.

But whether leaders do or they don’t, whether they make a few mistakes or a whole lot, this thing is still going forward. It’s been decided by national culture, and it’s here now. It’s time to start thinking about the future instead of trying to cling to the past, and that goes for everyone from the generals, right on down to the lieutenants and sergeants, for anyone and everyone who cares about getting this right. There are only two real issues left to work out, and they’re huge, issues deserving of real debate:

Figuring these things out and getting them right is what we need to hear people start arguing, not endless rehashing of emotional paranoia and old history. Planning for the future is where we need wisdom and perspective. It’s time for leaders to speak up about the real issues, leaders of all ranks. The future of the military depends on it, and it’s needed now.