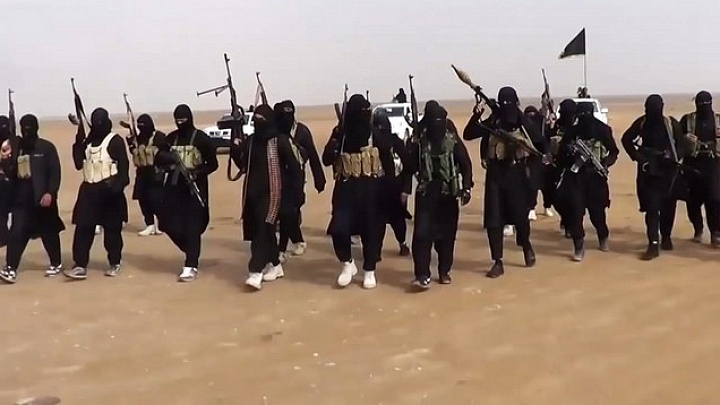 On 11 February 1918, President Woodrow Wilson gave his famous self-determination speech. Now almost a 100 years later, it is time to recognize a passage from it and its applicability to ISIS: National aspirations must be respected; peoples may now be dominated and governed only by their own consent.Self-determination is not a mere phrasestatesmen will henceforth ignore at their peril. While of course this was referring to the culture of colonialism and the overstretched empires in the early 20th century, ISIS should be thought of in this Wilsonian context of self-determination, especially as it is seeking a portion of Ottoman Empire remnants albeit in a brutish fashion. Although this is not a sort of ethnic self-determination envisioned by Wilson; it is a spirit of ideology that invokes a shared identity (and appeal) for a prophetic Islamic State that is fueled by disenfranchised Sunni Arabs, former Iraqi soldiers, and overly enthusiastic (and naïve) foreign fighters joining under Islamic pretenses of moral obligations. There should be no doubt about the “self-determination” prose of Islamic State leadership and fighters; they have not been deterred despite a year of Coalition bombing. Finally, meticulous ISIS bureaucracy is already managing the public administration affairs of its territories and is viewed by much of its citizenry as governing better than the national governments of Iraq or Syria. The public perception of incorruptible ISIS administrators makes it unlikely that Islamic State denizens will rebel.

While ISIS is deserving of much revile and scorn, to include numerous gifts (i.e. air strikes) from an international coalition, it appears that these limited air strikes have done little to deter ISIS fighters or recruitment. It has merely slowed their advance to Baghdad. This is best evidenced by estimates of ISIS gaining over a 1,000 ISIS recruits a month despite Coalition estimates of over 15,000 ISIS fighters being killed. Clearly this limited air war is not working in defeating ISIS, which is a minimally trained yet highly motivated bunch of irregular fighters that use insurgent style tactics against conventional Syrian, Kurdish, and Iraqi military forces. It is also apparent that U.S. attempts to fund and train rebels to fight ISIS failed spectacularly.

Unless the Coalition involved with Operation INHERENT RESOLVE resorts to using its own ground forces to manually push out ISIS from Iraq; air strikes are not cutting it. No amount of assistance through coalition military advisers on the ground or war matériel will push ISIS out at this point as Iraqi military forces have proven unworthy in battle despite being better trained and equipped (and outnumbering ISIS fighters in most battles). The Kurds have fared much better, but admit they need more coalition support. Given the current realities of lackluster indigenous military forces in Iraqi and Syria, public aversions to Coalition combat ground forces, and the recent deployment of significant Russian military forces into Syria (to essentially protect Syrian regime leadership), it is time to realize that Syrian President Bashar al-Assad is better than Hobbesian disorder. Assad should be timidly accepted at this point by the international community. More importantly though, to achieve stability, the Coalition must exponentially increase air strike operations against the Islamic State to diplomatically force its leaders to the negotiating table for some sort of treaty that accepts its gains and recognizes it as a country.

Such a new air power operation against ISIS could be envisioned as a modern day version of Operation LINEBACKER II from the Vietnam War, where Nixon and Kissinger escalated bombing raids in North Vietnam as a means of compelling North Vietnamese leadership back to diplomatic negotiations for a peace treaty. Such a maneuver effectively recognized North Vietnam as a country and brought peace to South Vietnam. Although South Vietnam eventually fell to the North Vietnamese, it was only because the U.S. Congress defunded support for the government of South Vietnam and its military. Nonetheless, such an amped up air operation against the Islamic State would compel its leadership to accept its current borders of an irregularly shaped polygon territory overlaying Syria and Iraq. Providing financial and military assistance to neighboring countries after such a treaty would effectively “contain” ISIS.

For those skeptical of coercing ISIS into being a country, these people need to consider the difficulty of defeating a non-state actor that is heavily armed, highly motivated, and flush with cash. For example, the U.S. quickly routed the Taliban in 2001 since its Afghan leadership and military forces behaved in a conventional nation-state manner. However, since the Taliban were never eliminated nor incorporated into the Afghan political process they were able to operate as a strong insurgency in the periphery (i.e. rural areas) where Afghan governance has been inept or nonexistent. In this case, it is best to force the Islamic State into statehood, and utilize Russian military forces in Syria to shore up their border with ISIS, while providing funding and military support to the Turks, Kurds, and Iraqis to prevent further ISIS incursions into their lands.

Forcing ISIS to be a nation-state would also significantly reduce violence within Islamic State held territories; hence reducing the refugee crisis. Reasoning from a seminal book on civil wars, The Logic of Violence in Civil War, written by Yale Professor Stathis Kalyvas, facilitates a better understanding of insurgencies. He makes the argument that indiscriminate violence against civilians decreases in areas that are under full control of an incumbent government or insurgent group. In addition, Kalyvas asserts that this violence against civilians is greatest in disputed areas, as more indiscriminate violence occurs against civilians due to an inability to collect information from civilians on whom to target. Strong-arming the Islamic State into accepting a peace treaty and recognizing its current territorial sovereignty would effectively eliminate the violence against civilians in disputed areas, thus significantly slowing down the refugee crisis. It would also force the Islamic State to invest more in governing, and less in funding a fanatical fighting force.

If the Arab Spring has taught us anything at this point, it is that brutal regimes are preferable over chaos and anarchy.

The best part of forcing ISIS into being a country is that it strategically puts Iran and Russia into a defensive and wasteful stance. Already Iran has played its card (and expended numerous resources) in Iran for over 4 years for the purposes of keeping Assad in charge. Russia has also played a role in ensuring Assad’s control of Syria by providing much needed financial resources and military advisors. Miring two U.S. adversaries in the defense of a country that is not really worth governing or controlling for capitalistic purposes is the sort of strategy that will waste the efforts (and wealth) of Russia and Iran on numerous fronts. Coercing ISIS into becoming a country for the purposes of stabilizing the region and forcing Russia and Iran to waste military and diplomatic resources on sustaining the Syrian regime is the sort of Fabian strategy the U.S. needs to invoke against an enemy that is not worth fighting conventionally or right now for that matter. Moreover, it would force ISIS to govern properly in a non-violent fashion as illuminated by Arjona, Kasfir, and Mampilly writing in Rebel Governance in Civil War. Either ISIS will govern maturely/pragmatically or it will face harsh uprisings against its superstitiously harsh rule; hence undermining the Islamic State in the long-term. Nonetheless, the inhabitants of ISIS controlled lands are disillusioned by their previous corrupt states: Iraq or Syria. That being said, a newly found ISIS controlled territory would also force neighboring territories to govern with an ethos of modernity, while also providing the sort of security necessary to provide incumbent control that invokes allegiance to the state. It would also reduce violence and refugee movements as ISIS would be forcedinto “a competition in government,” and at some point ISIS would either govern maturely or face “burnout” due to loss of popular support. The crisis overlaying Iraq and Syria could clearly be solved by acknowledging it as a state and allowing Iran and Russia to waste resources on propping up Assad.

Ultimately, the Islamic State needs to be dealt with. It should be obvious that current strategies have not stemmed ISIS growth, provoking President Obama to even acknowledge that fighting ISIS will be “long-term campaign.” Coercing ISIS into a peace treaty through an uninhibited air campaign would force the Islamic State to be a country, effectively making it easier for the international community to deal with its leadership. Chaotic violence and the flow of refugees would also be significantly reduced, as ISIS would have to contend with governing more and killing less. It would also facilitate the use of instruments of power by the international community to press ISIS leaders into behaving as a better state. Such a strategy would force ISIS hardliners to either capitulate or rise up against ISIS leadership; both benficial outcomes to the U.S. and its coalition.

It is perilous to believe that the U.S. and its coalition can defeat a very determined Islamic State through airstrikes and limited assistance to ground forces opposing ISIS. If the Arab Spring has taught us anything at this point, it is that brutal regimes are preferable over chaos and anarchy. Make ISIS a country and begin working on dealing with it as an authoritative regime, rather than as an insurgency. Who knows, the country of ISIS might someday be a quasi-normal country in 40 years just like Vietnam.