Women in Combat Part 3: Are Women the New Blacks? 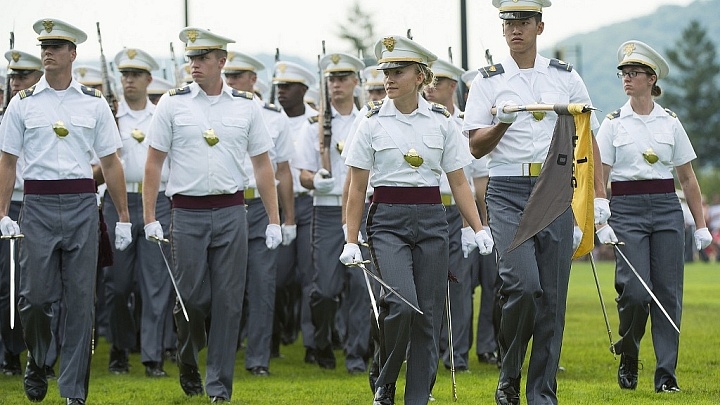 (This is the third and final part in a series.)

Do you remember the ‘50s? Well, relax and try to drift back in your imagination, then read the following:

“I can think of at least six reasons why a young black man would want to integrate an otherwise all-white combat unit. And I am purposely emphasizing the word “integrate,” because if his aim were simply to be able to serve in combat, black civil rights advocates would have agitated for blacks being able to serve in their own all-black combat units long ago. The fact that there has been no such lobbying signals that blacks are after something beyond just getting to close with and destroy the enemy.

Anyone reading this list should be able to appreciate and even admire most of these motivations. However, there is a catch to each of them. All six have to do with the individual. They center around self. It may be next to impossible for an ambitious, patriotic young black man to see how his presence might detract from cohesion among a group of similarly motivated young white men. But, as my previous articles have argued, it will.”

Do you find this piece upsetting on principle? A distasteful example of racist thinking from the past?

In fact, this is lifted verbatim from a recent article opposing gender integration by Anna Simons, with all references to women changed to black males, and it brings up the first point to consider: yes, the issue of gender integration is remarkably similar to racial integration in many ways, and no amount of denial is going to change that fact. With the exception of sex (a major difference), the arguments against it are also remarkably the same, and the forces now pushing the change forward are equally similar.

Times change, and, as society evolves, its sense of social justice evolves with it. Gender integration of the military is not a social experiment, but a demonstration of how national culture has shifted. The role of women in sports, business, politics and power has changed dramatically in recent years (to say nothing of womens role models), and that is precisely what is pushing this. There is absolutely nothing about this that is a social experiment, and absolutely everything that connects it to democracy and national culture. This is about equal opportunity in exactly the same way that it was about equal opportunity in the era of Jim Crow.

There is certainly one thing that is totally different from racial integration, and that is importance. Racial integration was a far more important, and far more disruptive and volatile change for the military than gender integration will ever be. As one black military woman put it so eloquently, no one ever refused to serve me food because I was a woman. There will be no lynchings of women as this goes on, either, or brutal beatings of women by angry mobs for going into the wrong bar. If you have any doubts that racial integration was far more difficult than gender integration, that racism reached far deeper and evoked far more brutal reactions, then you are obviously white, or extremely naive.

Of course there are issues to be faced. Some of them are real, and some of them are not (despite what you read), and it pays to take a close look and let your head guide you, and not your emotions.

The most popular argument against gender integration is the ever-popular ‘disparity in physical strength’. One of the interesting things about this is that of all the military women this author has ever met (quite a few), plus all the ones who have ever been interviewed or quoted anywhere, not one has ever wanted the standards lowered. Not one wanted a quota or exceptions. None. Zero. Think about all the bitching so many men do about lowered standards, and compare that to the fact that all any of the women actually involved ever express is a fair chance to meet the standards. (You might also note the fact that, at least in the Marines, the men often try to lower the standards when the women don’t want them to.)

What does it matter, anyway? We live in the real world, with real conflict, and so let’s focus on the Marines, who are obviously the atomic center of resistance to gender integration. Do you really believe that someone is going to come along and order Marines to stop carrying what they need in the field? Do you think somebodys going to make body armor optional? Get a grip. Marines are going to go on carrying the same packs, using the same weapons and doing what they always do. So, obviously, no woman is going to end up serving in a Marine infantry company if she cant handle it. If you truly believe that women really cant hack it, if you really do, why are you so upset? So what if they form some experimental integrated unit for a little while? If youre right, if women aren’t up to it, there never will be any women Marine riflemen. Women will try, theyll be allowed to try, but theyll just never get past the entrance requirements. Why keep worrying about it, and why keep writing about it over and over?

Then theres all those other arguments. Take a look at a recent article by retired Marine General Gregory Newbold. It got a lot of play, but it also got an awful lot of things wrong; wrong to the point of ridiculous.

The idea that women cant be as tough as men is certainly nonsense. The idea that women cant hack heat and mud and rucking for days without a change of clothes is even bigger nonsense (one of General Newbolds more egregiously false hypotheses). If you believe any of that stuff, if you believe that all women cry when they break a nail, you havent left your house in the last thirty years, and you’re certainly insulting the many women who have, indeed, experienced conditions like that and come out the other side. General Newbold’s suggestion that insects and cleaning urinals are part of intense suffering doesn’t merit discussion any more than the concept that binge drinking and the use of prostitutes and the like are a necessary part of unit morale (let alone professional soldiering).

But the General’s biggest mistake is his understanding of bonding (unit cohesion). Units dont bond because theyre men. They bond because they go through intense experiences together; the more intense, the stronger the bond (and, yes, combat is pretty damn intense). People bond because of that groups of men, groups of men and women, groups of women. Like so many men trying to protect their myths, General Newbold dismisses the experiences of women, at least any of those that don’t fit into his way of thinking, and in so doing he ignores history. There are myriad examples of women in combat and bonding – far more than can be listed here.

No military leader in any service is going to send a unit out into combat that can’t handle its job. Period.

So what are the real issues in gender integration?

We’ve already dealt with the issue of physical strength: if you’re against women in combat and you’re right about their weakness, then nothing is going to happen and this discussion is pointless.

The national security argument is just as silly. Integrating blacks into the military didn’t endanger national security, and integrating women won’t either (hell, it’s already halfway there).  No military leader in any service is going to send a unit out into combat that can’t handle its job. Period. Images of women and men screwing their brains out while they’re being overrun by Taliban is absurd.

That leaves us with sex.

Of course it’s an issue, and it has been for a long time. It was an issue when Army-Marine logistics and the rest of support were integrated. It was an issue when those integrated units were sent to Iraq and Afghanistan, put in tents in the desert and made to work at a wartime tempo. But somehow it’s all worked out. Somehow the trucks and supplies keep moving, and the vehicles keep getting repaired (and the attack helicopters piloted by women keep flying). And sex was an issue when they successfully integrated the Surface Navy. In fact, sex was only one of a host of arguments that were raised about putting women on combat ships – almost exactly the same arguments being raised now, and in almost exactly the same fashion. And the Surface Navy worked out just fine. (Oh, yes, its true.)

Obviously sex is an issue. There are lots of issues when you integrate. There were issues when the first blacks entered Annapolis and West Point – big issues, violent issues – and there were issues when women first joined the service academies. It took years for leaders to overcome these issues and get them right. People like Newbold and Simons seem to have very limited faith in the value of leadership, but real leadership is what this is all about.

Its a basic tenet of American democracy that everyone should have an equal opportunity to prove themselves, and to advance based on their merits regardless of their race or gender or anything else. When the military works towards this, they  lead. When they dont, they follow. And, in the end, thats what this is all about: our country and its future.