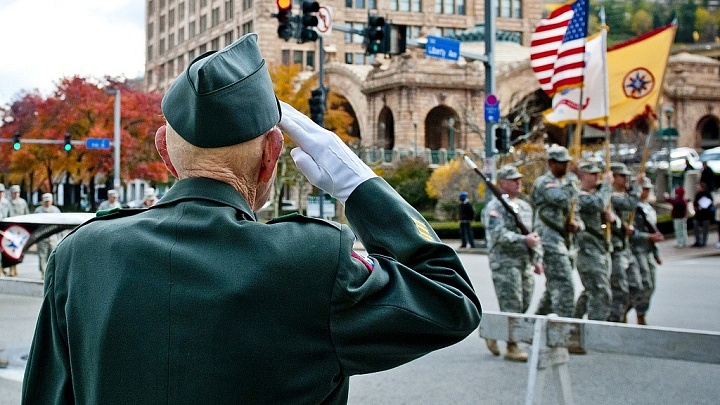 In her 2010 book, The Untold War: Inside the Hearts, Minds, and Souls of Our Soldiers, Dr. Nancy Sherman, a Georgetown University philosopher, wrote about “moral injury” without calling it such. Mixed among accounts of PTSD and Traumatic Brain Injury are stories of service members whose perceptions of the wrongness of battlefield events greatly distress them. There are examples of “survivor’s guilt,” a condition plaguing those who, after witnessing the death of a comrade-in-arms, beat themselves up thinking “it should have been me.” There is an interrogator whose psychological manipulations of prisoners cause him to feel distraught for violating these prisoners’ trust. And there is the sad tale of Sherman’s friend, Colonel Ted Westhusing—a Ranger, philosopher, and idealistic patriot—who, in his suicide note, wrote in Iraq that he could not support a mission “that leads to corruption, human rights abuses, and liars.”

Sherman’s latest book, Afterwar: Healing the Moral Wounds of Our Soldiers, calls “moral injury” what it is. Indeed, moral injury – which Sherman calls “serious inner conflict arising from what one takes to be grievous moral transgressions that can overwhelm one’s sense of goodness and humanity” and which can lead to such self-destructive behaviors as alcohol abuse and suicide – resides at the heart of this book.

In Afterwar’s Foreword, fellow philosopher Lt. Gen. (Retired) James Dubik likens Sherman to Jacques Cousteau. At first glance, this comparison seems a stretch. After all, moral injury has been explored. The mental health community has examined moral injury for at least two decades, theologians have talked about the concept for centuries, and, as the psychologist Jonathan Shay and the classicist Robert Emmet Meagher have pointed out, literature has described this condition’s symptoms for millennia.

Yet, Dubik is right: for a philosopher, exploring moral injury in-depth is something new, akin to an undersea voyage of discovery in which the human psyche serves as the ocean. Few philosophers have examined the impact that perceptions of right and wrong in war have upon the mind, preferring instead to constrain themselves to abstract discussions of the principles of jus ad bellum (right to war) and jus in bello (justice during war). And those few who have described the distress of moral dissonance do not share Sherman’s background, who is not only a practicing philosopher but a trained psychoanalyst. The result of her special expertise is a deep-water submersible of a book that often brilliantly illuminates what is observed.

Sherman begins by describing the likely extent of moral injury among U.S. service members. Although empirical evidence has not been systematically gathered on moral injury, the problem is probably huge. Twenty to thirty percent of U.S. veterans of the Iraq and Afghan wars have “come home with some form of traumatic stress,” including moral trauma. Also, paradoxically, despite these wars winding down, the number of cases of moral injury resulting from them could actually increase as some veterans struggle to believe that their wars accomplished anything worthwhile and, thus, that the violence they committed is justifiable. Referring to the rise of the Islamic State, for example, she writes: “thousands of soldiers and Marines who fought in the Sunni Triangle, in Baghdad, Fallujah, and Tikrit, and in outposts farther north, in Tal Afar and Mosul, are talking to each other online, in disbelief as they watch the undoing of their hardest won and bloodiest battles.”

Despite these wars winding down, the number of cases of moral injury resulting from them could actually increase as some veterans struggle to believe that their wars accomplished anything worthwhile and, thus, that the violence they committed is justifiable.

Next, Sherman examines how American society can fulfil its “sacred obligation to those who serve” by helping their warriors to heal. She reveals the emotional rift between U.S. civilians and their service members. On one side of this abyss are civilians who feel uncomfortable talking substantively with veterans, fearing that they will transgress warriors’ personal boundaries and release emotions that “leave each side morally and emotionally vulnerable and unprepared.” Across the abyss are warriors who often feel that civilians can never understand them and who perceive public tributes like parades and the ubiquitous phrase “thank you for your service” as either unwarranted or empty, reflexive praise.

This rift, Sherman argues, inhibits the healing of America’s warriors. She describes how perceptions of right and wrong underlie such basic emotions as anger and resentment. These perceptions are inseparable from who we are, forming the individual identities that moral injury can severely damage. However, through interpersonal interactions that “convey our moral regard for each other and our responsibilities as members of a shared community,” veterans afflicted with moral injury can find the means to re-build their identities and self-worth and let go “of paralyzing shame and guilt.” The interaction that is most crucial to veterans’ healing is civilians’ communication of genuine gratitude to service members and, in response, service members’ sincere acknowledgement of this gratitude. This interaction requires meaningful communication, not parades and platitudes.

For therapists, Sherman finds a variation of cognitive behavioral therapy that they can administer as an antidote to moral injury. This variation involves the philosophical concept of “self-empathy.” Self-empathy, which occurs when individuals use their imagination to judge their past as a second person might, may help patients to build a narrative to explain past traumatic events that more reasonably describes the degree (if any) they should feel responsible for these events. Thanks to our military’s culture of responsibility – of leaders, fairly or not, judging themselves responsible for everything bad that happens in their units – morally injured military leaders may benefit more than most from this approach.

Sherman then dives deeply into emotional waters that few have traveled, examining how the concept of moral injury can apply to women who are sexually assaulted or harassed in the U.S. military. Jonathan Shay has written extensively about how the violation of trust between leaders and those they lead is the key enabler of moral injury; Sherman usefully applies this idea to two stories of women in the ranks.

“Sally” is a junior enlisted airman stationed on a base in Iraq where there are few women and a large number of sexually deprived men. Everywhere she goes, she is stared at. Her officers’ “predatory leers” inspire “little confidence in their leadership.” When sexually harassed, her NCO supervisor does little to allay her concerns. So, she attempts to make herself unattractive (to include showering infrequently) and openly carries a knife on her waist. A year after her deployment, she continues to struggle with trust issues. Then there is the story of Alysha Haran, a junior naval officer who, after facing trumped-up charges, wrestles with her sense of self-worth and considers suicide. It takes a new boss, an “admiral with compassion and a willingness to mentor,” to finally relieve her of her “crippling self-doubt.”

As brightly as this book often illuminates the deep waters of moral injury, its beam does sometimes falter. Sherman’s argument does not always flow logically from chapter to chapter, section to section. Even her writing style varies, as she writes clearly and accessibly in some sections, more obscurely in others. This is due in part to Sherman’s piecing together passages with too-little revision from her previously published work – articles that she wrote for different audiences with varied scholarly interests. Although nearly every passage is enlightening and worth traveling, the choppy waters can be disorienting.

There are also more substantive failings. Although all experts define moral injury too vaguely at present to move discussions about the condition from the realm of theory to that of policy and implementation, Sherman does miss recent, useful refinements to its definition. Additionally, the stories that she relates are not always the most compelling arguments for the existence of moral injury. Few of her stories involve the debilitating, identity-shattering shock that moral injury can inflict. Is every instance of moral dissonance coupled with a violation of trust serious enough to be called a “psychological injury?” No. Yet, Sherman seems to make this case, via her selected anecdotes. It’s also worth noting that the book is more accurately called “AfterService” rather than AfterWar, since at least two of the cases she cites (“Sally” and Alysha Haran) have little or nothing to do with combat.

The main reason for such failings is that the light of Sherman’s analysis is rarely reinforced with contemporary ideas, anecdotes, and empirical evidence. Experts in other academic disciplines, especially psychology and theology, have been writing on the subject for years, yet the book is almost entirely devoid of references to their recent work. One of Sherman’s first endnotes provides the surprising explanation for this absence, as least with regard to recent clinical research: she only came upon this research “after the initial drafting of many chapters in this book.” For her anecdotes, she relies exclusively on personal interviews (mostly of Georgetown students) rather than recently published combat memoirs and histories, a much richer source of compelling stories of moral trauma. This absence of contemporary, substantiating evidence represents a missed opportunity for Sherman to both strengthen her points and fulfil the philosopher’s traditional function of creating an overarching framework for ideas and stories from many disciplines and sources.

The book is more accurately called “AfterService” rather than AfterWar, since at least two of the cases she cites (“Sally” and Alysha Haran) have little or nothing to do with combat.

Also disappointing is Sherman’s failure to make the connection between moral injury and violations of the principles of jus ad bellum or jus in bello. Or, more precisely, she chooses not to explore the possibility that poorly chosen wars, tactics, and policies (such as those that, for a few years, encouraged U.S. service members to torture) may increase the number and severity of moral injuries with which service members are afflicted. And, strangely, even though she describes systemic problems within the ranks that contribute to cases of moral injury, she is uninterested in arguing for institutional change, rather weakly asserting that “advocacy groups and the media are better suited” to make such arguments.

Nonetheless, despite these shortcomings, there should be no mistake: Afterwar and its earlier companion volume, The Untold War, represent strikingly original work from an accomplished author. It is no exaggeration to say that these two books are to philosophy what Shay’s Achilles in Vietnam and Odysseus in America are to psychology, Meagher’s Killing from the Inside Out is to classicism, and Rita Nakashima Brock’s and Gabriella Lettini’s Soul Repair is to theology – the seminal works on moral injury for their fields of study.

Upon reading Sherman’s work, her fellow philosophers may be excused for wondering: “Why has it taken so long for one of our number to deeply explore such an important subject as moral injury?” Hopefully, such musing will serve as an epiphany, prompting some of these philosophers to launch their own thought-submersibles into those murky depths where moral injury churns. Those afflicted with this form of psychological injury certainly deserve the attention of any scholar or researcher who can help them, and – as Sherman largely succeeds in demonstrating – this subject begs for the kind of clarity, profundity of thought, and unifying vision that trained philosophers are especially well-suited to provide.

Afterwar: Healing the Moral Wounds of Our Soldiers