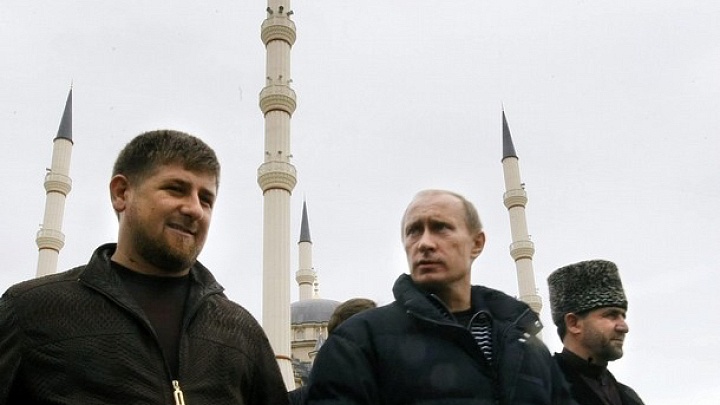 Remarkable that over a half century after the fall of Nazism and the worst of Soviet oppression and Maoism, we still don’t understand dictatorships. We think we do. We create typologies, as Juan Linz and Barbara Geddes and other remarkable social scientists have done going back to the 1970s. Around then, a young Polish journalist named Ryszard Kapuscinski befriended several Ethiopian officials, and so we got a glimpse behind the scenes of the fifty-year regime of Haile Selassie. But I don’t know many bloggers in North Korea or Turkmenistan. Defectors are few and far between. And yet we still cling to Cold War-era conceptualizations of authoritarian states.

Put simply, we have spent too much time on the outliers – the very walled off corners of the globe that intrigue us. Yet, under our very noses and sitting across from our own diplomats’ negotiating tables, are the ones we should be worried about. It is states like Saudi Arabia and Russia that should give us pause, the latter of which is part of most of the prestigious clubs of the world (minus the G-8, as of last year). And yet these are places where a prominent dissident and former government minister can be gunned down in broad daylight literally in front of the headquarters of the Russian state. This would be the equivalent of Donald Trump or Glenn Beck being gunned down before the cameras on Pennsylvania Avenue, then panning to a shot of an upstairs light going off in the West Wing for dramatic effect.

For a true dictatorship to be sustainable, it must do two things. First, the dictator does not need to make direct orders. Nobody will pin Boris Nemtsov’s murder on anyone tied to the Kremlin. It is enough to lift an eyelid, or create an atmosphere of erasing one’s enemies, without ever giving the command. It’s encoded. (I’m reminded of Henry II & Thomas Becket: “Will no one ride me of this turbulent priest?” And poof, he is gone.) As a senior editor from Kommsersant told a private think tank audience a few years back, nobody from the Kremlin ever calls him and explicitly instructs him on what to put on the front page. It’s implied, it’s understood. The system moves, the orchestra plays without its conductor. There are codes. Editors and others in Russia’s elite have internalized a new set of strict Panopticon-like norms, not unlike those of their Soviet predecessors, but all the more challenging in a country that is not walled off from the outside world and whose internet is more or less uncensored. A dictatorship thrives on silence. If Putin could listen to the Nixon tapes, cursing, micromanaging, crying at all his delusional enemies, he would let out a laugh.

Second, dictators create the allusion of sophistication, rule of law, modernity. I cringe now when I read Western media’s full-swallow of Dmitri Medvedev’s “modernization” agenda in 2009 (For kicks, Google the words “modernization,” “Russia,” and “thaw” to see how many think-tank commentators were duped), as if Moscow were Epcot Center or a Silicon Valley in waiting. This is not new. Kapuscinski recalls how Selassie created a European-style modern university to give off a certain cultivated air to Ethiopia for visitors to marvel at but also overlook the other absurdities of his power.

The Banality of Evil

But there is something pettier about dictatorships that should not be discounted. Recall that Selassie, according to Kapuscinski, had what he called a cuckoo, a servant whose one task was to bow as a signal after each hour passed (The “emperor” also had someone to slide a pillow under his feet so they would not dangle when sitting on the throne). These might strike some observers as insignificant, but there were signs early on that Putin shared similar traits and was a budding megalomaniac. When I worked as a journalist in Moscow in 2001, I was told he could not be photographed at certain angles, for fear it would highlight his diminutive stature next to his foreign counterparts. Similarly, we all heard stories about the special soles he wore, to make himself look taller. I remember clipping a cartoon that lampooned the obsequiousness of the Russian press way back in 2002, asking preposterously softball questions about Putin’s dog Koni.

In any sane world, this would be enough to say: Enough is enough. We may not want war, but war is preferable to a world in which such acts go unpunished.

These little signposts are what I’m reminded of 13 years later, and it is why I’m not surprised when I read about this same man making the Pope, of all people, wait for him on a foreign visit, or of him stealing a Super Bowl ring from a New England Patriot, or planting a flag on the bottom of the North Pole, as if it were a moon landing. These might strike some as silly gestures, until the same man orders troops to invade not one but two of Russia’s neighbors. He also has a penchant for carrying out what political scientists call “militarized interstate disputes, like sending a Russian Tu-95 Bear bomber to violate British airspace. Then there are the dissidents, journalists, and others who have died on his watch: Anna Politkovskaya, Paul Klebnikov, Alexander Litvinenko, Natalya Estemirova, and Sergei Magnitsky, to name just a few. Finally, there are nearly 300 people aboard a Malaysian airliner shot mysteriously out of the sky last summer whose lives were cut short because of this small man who knowingly armed rebels and provided the means to carry out this heinous deed.

In any sane world, this would be enough to say: Enough is enough. We may not want war, but war is preferable to a world in which such acts go unpunished. Yet, alas we live in a world of British financiers and real estate brokers whose palms are greased by Russian oligarchs; of French arms dealers who salivate at the thought of Russians snapping up their merchandise, and; of Germans dependent on Russia for energy but also hostile to the thought of acting too aggressive – this is Europe, after all. Then there is the United States – a country run by the most amateurish president of the past quarter century, with zero backbone or stomach for any kind of engagement overseas, yet sings the praises of geriatric Saudi royalty who pass away and gets pushed over by an Israeli prime minister who has violated every sense of decorum and diplomatic protocol, yet still gets bipartisan standing ovations in our Congress. When the president described ISIS as a “junior varsity squad,” he was accurately describing his own National Security Council staff.

But I digress – this is supposed to be a reflection on dictatorships, not us. Yes, there is a symbiosis between the two. Without compliant and weak-kneed external players, dictatorships face a shorter shelf life. In a world full of Merkels and Obamas, dictators can thrive indefinitely, grabbing a little land there, a peninsula here, assassinate a few critics there, or gas or barrel bomb a few of their own people here, so long as they maintain the thinnest illusion of deniability and the shoulder shrug “It wasn’t me.”

It would be hard to imagine a blander form of dictator than Putin, which may make him beyond typology (A critical book written by a journalist described him as a “man without a face.”) The personalistic or populist authoritarian regime under Linz’ typology rested on charismatic or manipulative rulers, like Argentina under Peron or Uganda under Idi Amin. But Putin stands for no ideology, no larger purpose or grandiose platform, no fiery worldview of Russia’s place in the world. His sole being is to enrich his cronies and resist the West.

On some abstract level he stands for conservative values (resisting equal rights for homosexuals, etc.), but this has more to do with shoring up his rural and more religious base domestically. He has largely rested on his laurels while gas prices rose, though he can be commended for socking away rainy-day funds. When the price of oil fell, he resorted to violence. Over time, he literally squirreled away tens of billions of dollars, if Bill Browder and others are to be believed (and which a Treasure Department friend of mine who works on money laundering has confirmed). Putin’s brand of dictatorship is one of nothingness; it rests on exposing the weakness of the West as frauds who will boot you out of the G8 and sanction a few low-level Crimean and Russian businessmen but do little more when it comes to coercive tactics.

Were Kapuscinski alive, he would have had a field day with today’s Kremlin.

Can A ‘Freeze’ Work in Syria?

Intelligence Failures Are Inevitable. Get Over it