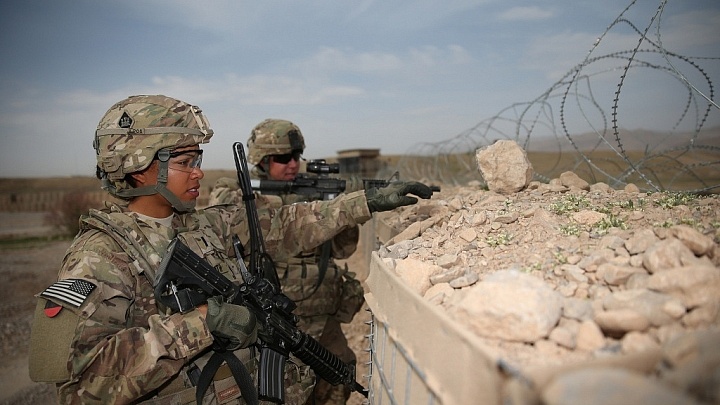 (This is the second part in a series)

Women in combat – reams have been written about it, every conceivable argument you could ever imagine, pro and con, and now it’s all irrelevant. It’s happening. October 1st is staring us in the face and January 2016 is just around the corner. Unless you live in Fantasyland and believe that the Secretary of Defense didn’t really mean it, that he’s going to say “(wink, wink) you don’t really have to do it”, then the beginning of gender integration in the Combat Arms is truly upon us. And let’s be clear: what happens in 2016 is only the beginning. The next ten years is only the beginning. This is an enormous process – a vast, long-term cultural change that encompasses a lot more than gender, and if you want to do more than just gnash your teeth while it passes by, you’d better stop and take a serious look at just how we got here and what lies ahead.

War has unquestionably played a big role in the ‘how’ part. War and scandal always seem to be the drivers when major social change rocks the military. Tailhook had a major impact on the Navy, and the Korean War certainly helped power racial integration within the Army. So it is now with Iraq and Afghanistan. Behind the scenes, these two seemingly endless conflicts singlehandedly made the integration of women into combat inevitable. Quite simply, the American military can no longer do without growing numbers of women, and the powers-that-be are increasingly unable to keep them out of combat scenarios (if you doubt, read this or  this). One way or another, with or without lawsuits, our endless involvement in conflict meant that the integration of women into direct ground combat was inevitable.

People grossly underestimate the frustration of American women today over the way theyre treated and the fierceness of their desire to change it.

Of course, there wouldn’t be growing numbers of women serving if something much deeper wasn’t going on. Don’t be fooled by the activists who may have stirred you up. This isnt driven by “feminists” at all. Uh-uh. This is about women, real women. You can focus on military women like the Ranger grads and the 200+ enlisted female Marines who have already met the testing to qualify as Marine infantrymen if you want, but this is really about all the young women to come, the teenagers all across the country who are tired of being told they cant, who want a sense of fulfillment, who itch for something more but don’t quite know what.

People grossly underestimate the frustration of American women today over the way theyre treated and the fierceness of their desire to change it. Go back and take a good look at the 90,000 screaming fans cheering on the American womens soccer team in the 1999 Womens World Cup match in Los Angeles. Then contemplate the following: in 1971 there were more than 12 high school boys playing sports for every girl. By 2005 there were 10 girls for every 14 boys. Ask yourself why The Hunger Games has outsold both The Godfather and Jaws and why the film adaptations have grossed more than two billion dollars at the box office, all since 2008, and based solely on the image of a young woman with a bow and arrow and a lot of courage. There is a real hunger out there. Of course it isn’t everyone and it isn’t everywhere, but it’s very real, it’s growing fast.

Why do you think women join the Marines? Because they like the food? No, theyre in it for the same basic reason that men are – the lure of proving themselves, of being elite. That’s why those enlisted Marines have signed up for infantry training. It’s also why nearly 400 Army women have signed up for the Ranger training, a number far beyond what the Army was prepared for. And these are just the women already in the Army and the Marines, the ones who had the Combat Exclusion Law staring them in the face and joined anyway.

Build It and They Will Come

Whats going to happen during the next few years when a new generation of young women run into a recruiter standing there with a picture of a tank they can drive? Whats going to happen in five years when the Army has recruiting pictures of women actually driving tanks, commanding tanks? Role models are what young people use to strive for things, to find their heroes, and role models are about to change big-time.

We have an all-volunteer military. Less than 1% of the general population actually serves, and the actual combat arms make up a smaller percentage of that. If you don’t think there’s enough women coming up out there in the country’s 36,000 high schools who will want to drive a tank or go Airborne, your hair is really grey.

The Surface Navy is an excellent exampleonce leadership accepted full integration as something that was actually happening, that it was the new world they were going to live in, a process began.

Sure, theres going to be a numbers issues at first, for several years probably. And, yes, thats going to create problems, but it won’t be for as long as people think. The cover is coming off an enormous surge in womens expectations, and no one has any idea how big it is, or how far it will go. Leaders ignore this at their peril. (Take a gander at whos on Forbes’ 100 Most Powerful Women list and what they do for a living. Thats the 2015 list. In 2003 there was no list.)

Of course there are other problems, a lot of problems – problems that can’t even be foreseen yet – and it’s going to take real leadership to come up with the solutions. But they will, as that’s what leaders do once they understand and accept the situation.

The Surface Navy is an excellent example – a community that has flown a bit under the radar throughout the debate. As long as the integration of women on ships was seen as an unfortunate necessity (it was never an experiment) – damn, we just dont have enough bodies – there were problems. Once leadership accepted full integration as something that was actually happening, that it was the new world they were going to live in, a process began. There were definitely issues (and there still are), but once a new reality was accepted, leadership worked to make it happen, and they succeeded. The United States Navy continues to patrol the seas as the strongest navy in the world. They continue to fire missiles in combat situations, and to confront hostile navies. Success in their mission hasnt changed at all, its just that now they do it with integrated crews, and quite often, female Captains.

Whatever growing pains the Army goes through (and the Marines eventually drag themselves screaming through) once the integration of women is what the institution truly accepts and strives for, it will be achieved, and the women will come. Until that acceptance is in place, until there is real acceptance deep down in the institutional subconscious, the institution will suffer, and the suffering will be self-inflicted.

Which leads us to the word “integration” – a powerful word that’s deeply enmeshed in all this. Integration is an essential part of the process, it’s all we’re going to be talking about for the next few years, but it isn’t a goal. Integration is just a step, and if you lose sight of that and get lost in the short-term, you make a major mistake.

If leaders at every level arent on board, if they dont truly accept the future, and if they arent properly trained, then the whole thing is in trouble.

For those of you jumping up and down at this point and yelling: but they’re women! (and for a whole lot of Army officers struggling to figure this all out), take a good, hard look at the Surface Navy experience. They’ve succeeded, and they’ve learned some important lessons along the way.

That shouldnt come as a surprise to anyone in the military, but sometimes it has to be relearned. If leaders at every level arent on board, if they dont truly accept the future, and if they arent properly trained, then the whole thing is in trouble. It doesnt matter what people say in public, it doesnt matter whats written, it matters what people actually believe. As long as Generals (or Majors, or Lieutenants) hang out at the end of the day and grumble about women over drinks, theyre doomed to keep on struggling, and this goes for everyone, in every service, everywhere.

Thats really all there is. Leadership is everything. All the rest is details (some very pertinent ones in the case of the Surface experience – ask them).

This is happening, and for those of you out there growling, there are only two basic options: fight a losing cause or seek the best possible outcome. Genuine searching for the way forward and the right solutions (through trial and error) will certainly take time and have a price, but its nothing compared to the price of trying to hold onto the past. History is full of examples of what happens to the military when it tries to hold onto the past, be it racial integration or weapons systems.

No one knows what all this will look like in twenty years, or the best path to get there, but one thing is certain: the only path that works is forward, and the only mindset that works is the acceptance of that fact. Inevitable is inevitable, and, in the end, it catches everybody.

A final note: You’re going to go on hearing a lot about the Marines, but in the long run the Marines are small potatoes. The Army has the big numbers, and wherever they go, sooner or later the Marines will have to follow.