Enemys Enemy: Who is Giving America Intel on ISIS in Afghanistan? 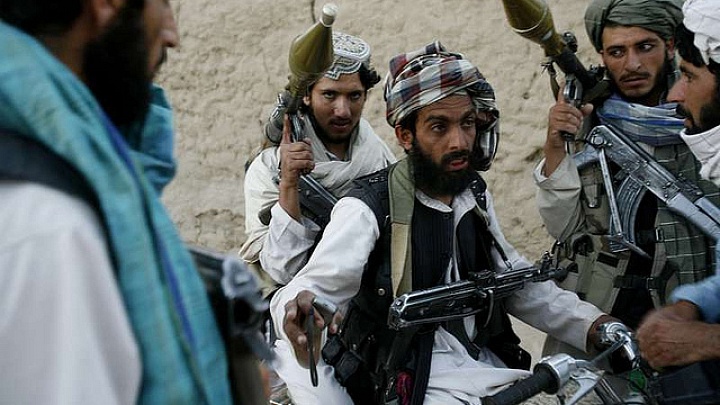 It’s been a rough 2015 for ISIS—no, not in Iraq and Syria, nor in Libya, but in faraway Afghanistan, where the terror group is trying to establish a foothold. Recently:

Funny how, when these top men were Taliban or TTP supporters, both Pakistan and Afghanistan couldn’t find them. Now, Afghanistan’s intelligence service seems to be racking up some significant wins — with American support, of course.

There’s a niggling question though: Where did this pinpoint intelligence come from? Enter my wild speculation: It’s coming, more or less, from Taliban sources. In other words, America might already be using Taliban-derived intelligence to target ISIS.

We’ve long known Pakistan is working very closely with the Taliban, providing sanctuary to the group in Quetta. We also know the government of Afghanistan is talking with the Taliban, despite being at war with them (and having its intelligence service’s HQ attacked earlier this year.)

But who else would know more about Taliban-turncoats operating in its area of operations than…the Taliban itself? After all, it wouldn’t be hard to imagine that Taliban operatives are providing actionable information to Afghan government officials on ISIS.

Why? Because the Taliban and regional nations (even Iran) all profit from smiting ISIS in south Asia. The U.S. doesn’t like ISIS for obvious reasons. Afghanistan, Pakistan, and Iran do not want another suicide bomb-happy, transnational terror group near or operating within its borders.

More importantly, the Taliban doesn’t want other political competitors jockeying for power in their turf. The group has criticized ISIS publicly as well as attacked them directly. Even al Qaeda has an intense dislike for ISIS. Thus, it creates a situation where mortal enemies might be willing to work together to squeeze the violent psychopaths at their doorstep. It’s a win-win-win for everyone.

Again, this is speculation. But if the U.S. is willing, albeit indirectly, to work with other adversaries with American blood on their hands in Iraq, why wouldn’t we exploit intelligence from some terribly unsavory characters in Afghanistan to strike even nastier characters? Remember, the Taliban has no particular desire to export its particular brand of government to the West, which might make them slightly more tolerable than the new killers on the block.

This post originally appeared in Overt Action on 20 July 2015.

To Catch a Cheat: Trusting the Verification ...