Why a War of Attrition Favors Us, Not ISIS 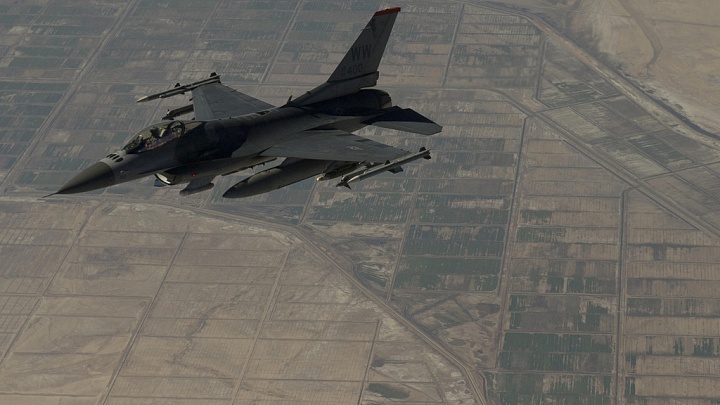 The warning is delivered with an ominous tone: “You are no longer fighting an insurgency. We are an Islamic army, and a state…”

With these words, the dark-hooded messenger in the James Foley execution video signaled a key transition for ISIS. Its leaders have moved away from a long period of fighting in the shadows as an insurgency and embraced conventional warfare. They have chosen to take and hold territory. As a result, ISIS is vulnerable to sophisticated attacks—attacks that countries like the United States, United Kingdom, France, and Russia specialize in.

This is a fundamental error, and the world’s great powers should move now to take full advantage of ISIS vulnerabilities, hitting the group hard in an effort to degrade its forces and weaken its ability to concentrate military power. This military objective will contribute to the overall objectives of preventing the export of terrorism and buying time for moderate forces to rise and oppose the Islamist ideology.

For years, ISIS fighters found shelter through secrecy and deception. They hid among the population, manipulating locals by instilling fear of retaliation coupled with hope for law and order. ISIS found fertile ground in the lawless regions of Syria and Iraq, taking advantage of this sanctuary to grow and thrive.

Simply stated, ISIS has committed the grave error of strategic overreach, and it is in the interest the world’s great powers, including the United States and Russia, to punish this error by inflicting massive attrition upon it.

ISIS leaders have now adopted maneuver warfare. They have performed quite well thus far, as exhibited by their considerable gains in Syria and Iraq, including the taking of a key airbase from Assad’s government forces. In both word and deed, ISIS has moved to a new phase in its effort to recreate the Islamic Caliphate in Mesopotamia. In doing so, ISIS leaders are adopting the strategies of another insurgent leader—Mao Zedong of China.

Mao articulated three phases in a protracted war to overthrow government and establish a new order. The first phase is the true guerrilla phase, where insurgent forces hide among the population and slowly gain strength. They fight only when the odds are favorable, as they have no need to take and hold territory. They bide their time while growing in strength.

According to Mao, the most critical decision comes next. The insurgent leadership must determine when its forces are ready to seize territory, specifically territory where the government is weak. Mao used the term “stalemate” to describe this phase, and understood that with this decision came the risk of attrition—the weakening of the organization due to significant losses . He was willing to accept this cost because of favorable trends, namely that his forces were gaining in moral and physical strength, while that of government forces was decreasing due to their “bankrupt” philosophy of governing. It was important not to overreach in this phase, as too much attrition would threaten the very existence of the insurgent organization. Eventually, insurgent forces would be strong enough to enter a third phase, where they would overwhelm government forces and fight all the way to the capital.

Like Mao, it is clear that ISIS leaders have made the critical decision to leave the first insurgency phase behind in order to conquer territory in the second phase. This made sense when their two key opponents were the failing Assad regime in Syria and the demoralized Iraqi Security Forces. With these weak foes, it was no surprise that the ISIS offensive met with considerable success in the spring and summer.

ISIS, however, went too far. Within the space of weeks, they conducted genocidal attacks against minority groups, pushed into Kurdish territory, captured a potential “weapon of mass destruction” in the form of the Mosul Dam, and murdered U.S. reporters in an ill-advised attempt to dissuade America from intervening with airpower. Instead of biding their time as a regional player and growing in strength as Mao admonished, they have now walked squarely onto the world stage with their media and propaganda campaign. The world has taken notice and it does not like what it sees.

ISIS continues to concentrate its forces in ways that make them powerful on the ground, but also vulnerable to attack from the air. Moreover, they exhibit extreme vulnerability to asymmetric attacks where effects are integrated across land, air, sea, space, and cyberspace. They lack survivability in coordinated attacks from multiple directions using multiple means. The United States can conduct such attacks, as can several of its allies such as the United Kingdom, France and Australia. So can Russia, which has great interest in preventing ISIS from further weakening the Assad regime in Syria. Many countries in the Middle East, including Turkey, Jordan and the United Arab Emirates, possess key capabilities that can also be used to great effect.

Simply stated, ISIS has committed the grave error of strategic overreach, and it is in the interest the world’s great powers, including the United States and Russia, to punish this error by inflicting massive attrition upon it. They should have studied Mao more closely.

While it would be desirable to defeat the ideology that fuels ISIS in the short term, it is currently impossible. The Islamist ideology will not be defeated with any form of military power. The world will live with this ideology until a viable middle class rises in the Arab world to counteract the destructive tendencies of these extremists. That is not going to happen this year or next. This does not mean, however, that the world must accept an Islamic state enjoying sanctuary in the heart of the Middle East.

An achievable military objective against ISIS is to weaken it to the degree that it must retreat back into Mao’s first insurgent phase. If ISIS decides to mass in combat formations, consolidate into bases, rely on key infrastructure for its logistics, or conduct financial business on the internet, it should never feel safe. Instead, ISIS should be subject to intense and constant attack in all forms, forcing them to disperse and melt back into the population.

Here is a critical point: Outside powers such as the United States, United Kingdom, France, Australia, and Russia have no need to hold territory in the Middle East in order to achieve the military objective of weakening ISIS. They will not require occupation forces. In many ways, the tables have been turned. For a very long time, Western troops have tried to wrestle the villages in Iraq and Afghanistan away from insurgent influence. This created vulnerabilities that were exploited by insurgents using asymmetric warfare against the occupying power.

Now ISIS is the occupying power, and they must hold territory or risk losing face with their core constituencies. It cannot claim to be an “Islamic State” or a new Caliphate without this territory. This means that countries such as the United States can bring their asymmetric capabilities to bear, and ISIS has little in the way of effective defenses. Instead, ISIS leaders will be forced to make a difficult choice—give up concentrating forces and forfeit the military advantage this brings, or subject their precious fighters and equipment to withering attrition. Without massed forces, ISIS will cease to be able to conduct the type of maneuver warfare that has made them successful where other groups have failed.

In this way, the world’s great powers could inflict a tremendous cost upon ISIS with a relatively modest effort in terms of resources. This would not defeat the ideology or annihilate the organization, but it would weaken ISIS and force its leaders to make very difficult choices, buying time for more favorable forces in the Arab world to regroup and reestablish themselves.

The military instrument is always limited. Due to the strategic overreach of ISIS leadership, however, it can and should be used with great effect, but only if the world’s great powers can organize themselves now to take advantage.

Colonel S. Clinton Hinote is a military fellow with the Council on Foreign Relations. He recently commanded the 8th Fighter Wing at Kunsan Air Base, Republic of Korea and served as the U.S. Forces Korea Area VI commander for more than 7,000 Air Force and Army combat ready and forward deployed personnel. The views expressed here are his own and do not represent the views of the U.S. military.