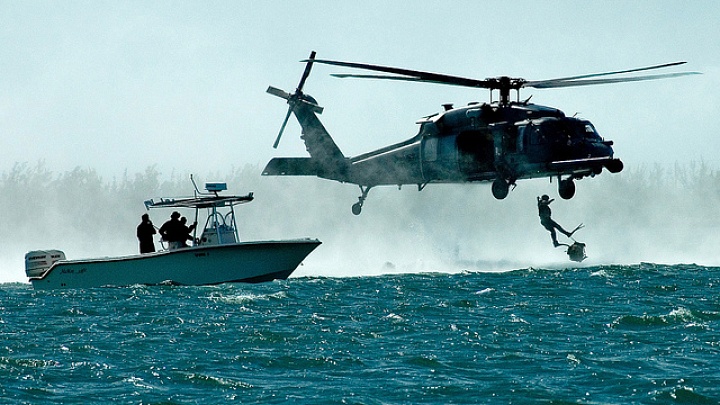 In a recent piece called, Peace and War: The Space Between, Nadia Schadlow does a great job explaining how U.S. foreign policy often turns to the military instrument of power by default because our national leaders fail to attend to the space between war and peace. Schadlow calls that space “a landscape churning with political, economic, and security competitions that require constant attention.”

The commentary is compelling, and not only because of Schadlow’s reference to the Dave Matthews song of the same name. But there is in fact no ”space between” in this case – because peace anywhere is only temporary at best and often illusory, and peace everywhere simultaneously is not only implausible but impossible. The global landscape is always churning (even here at home), and our global interconnectedness means the churn abroad is constantly sending ripples our way, sometimes with tsunami proportions. Schadlow’s critique of American foreign policy practitioners is solid, except that it does not open our eyes wide enough to the danger.

The Space Between Peace and War

Schadlow decries “the tactical mindset that dominates national security decision-making,” a mindset that employs military force without connecting it to the additional actions necessary for generating desirable and enduring strategic outcomes. This incomplete methodology cedes operating space to America’s adversaries, space in which they can resist our military prowess and even undo our bona fide military successes. But there is no such thing as a peaceful regime in which that kind of space cannot and will not be found by enemies of law and order.

The world is and always will be rife with competition, sometimes because states and non-state actors alike consider their interests and others’ to be mutually exclusive in a decisive, zero-sum sort of way, and ineluctably because resources and opportunities cannot be distributed equally. This means war is always closer than we think and peace is always more tenuous. We can therefore ignore neither the global landscape nor the need to connect the military instrument of national power with all the others, traditionally considered to be diplomacy, information, and economics, and sometimes wisely updated to include finance, intelligence, and law enforcement.

American influence of all kinds – military and non-military, state and non-state – should be applied in a coordinated, engaged manner across the full spectrum of our national power.

The tools in our foreign policy toolkit must be used together; and even the military instrument of national power should not be employed solely in destructive fashion. General Martin Dempsey, Chairman of the Joint Chiefs of Staff, recently talked about the need to rebalance the military instrument of power, in order to use it to influence the security environment around the world in three different but complementary ways: direct military action, building partnership capacity, and enabling other actors. He called the first way “the most costly, disruptive, and controversial use of American power.” Except when the threat is existential, blunt force by military or other means does not play well for long-term U.S. national interests, at least not when other mitigating actions are absent.

The Department of Defense released its Joint Vision 2020 back in May 2000. The overall goal of the document’s conceptual template was to transform America’s armed forces into a force capable of full-spectrum dominance – “persuasive in peace, decisive in war, preeminent in any form of conflict.” This transformation was intended to give America’s joint team of military services the ability to defeat any adversary and control any situation across the full range of military operations, while operating either unilaterally when necessary or appropriate, or in combination with multinational and inter-agency partners. The terrorist attacks of September 11, 2001, intervened before this Joint template could be implemented; and since we began drawing down in Iraq, our military leaders have been trying to realign the force to that earlier vision. But realigning the military to be ready for full-spectrum warfare is not enough. The whole of the U.S. government needs to be transformed within a comprehensive conceptual template which enables continuous full-spectrum engagement, the kind that generates desirable and enduring strategic outcomes, preferably without the need for military action, and certainly without the need for more military action to follow what we thought was already more than enough military action.

Please note that when I talk about generating desirable strategic outcomes, I am not suggesting the world is America’s playground, and that our country needs to figure out how to be more effective in having our way everywhere and anywhere. The world is not our playground, but it is our neighborhood – and we should never allow ourselves to be surprised by noxious neighborhood developments of gargantuan, far-reaching proportions. Full-spectrum engagement is a way to avoid those surprises and shape better outcomes.

Schadlow’s article does a great job listing many of the places where we have recently been surprised – or at least disappointed by neighborhood developments – even after investing inordinate amounts of American treasure and far too many American lives and limbs. Wouldnt it be nice if proactively engaging more broadly and more meaningfully across the full spectrum of challenges throughout our global neighborhood meant that more and more places and times where we engage in the future become truly more and more peaceful? It would certainly be cheaper and far less painful in the long term than fighting war after war. In fact, full-spectrum engagement would be a far more salubrious approach in our foreign policy in exactly the same way it is in our personal lives and could be when dealing with American domestic challenges.

Lack of engagement in the kind of world in which we live today only makes life harder, not easier. U.S. national power cannot and should not be used to try to fix every problem everywhere. But when and where American and allied interests are at stake, which turns out to be more often than not, if we connect the dots, American influence of all kinds – military and non-military, state and non-state – should be applied in a coordinated, engaged manner across the full spectrum of our national power. As I have said elsewhere, in order to advance the long-term interests near and dear to Americans and our partners around the world, “the United States must efficiently achieve strategic successes, based upon well-coordinated, effective intent – intent which first develops well-crafted strategic policy and then faithfully executes that policy.” This is far different than looking the other way and hoping for the best, until we can no longer ignore the next hotspot where peace turns into war.

Why a War of Attrition Favors Us, ...