Why We Dont Need a New War Against ISIS 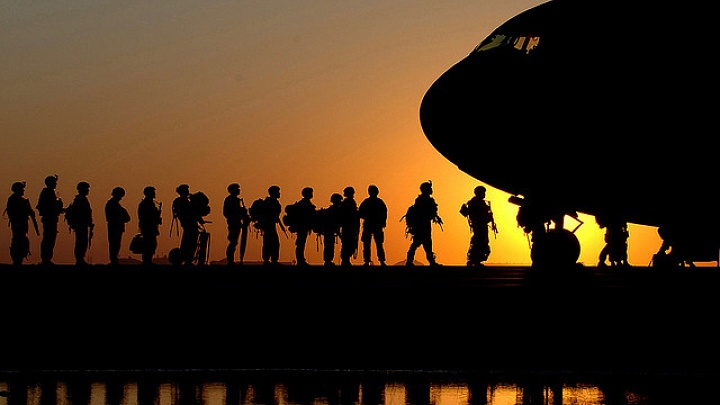 The question continues to circle from Pennsylvania Avenue to Main Street whether or not America should go to war against ISIS in the Middle East. The responsibility for that answer lies squarely on the shoulders of the President and our Congress.  Their answer must consider the potential outcomes of both action and inaction and will require a carefully developed and coordinated strategy.

As any B student from one of the US Military War Colleges can tell you, there are several important principles that have proven critical over the centuries to the success of a nations decision to utilize war as a means of pursuing its national policy.  Students at the War Colleges study Clausewitz and Sun Tzu, discussing their ideas and those of many others full-time for one year of graduate study.  These ideas are studied in the hope that someday said soldiers, sailors, airmen, and Marines may both put these ideas to good use and influence the civilian authority of this nation to make wise and informed decisions.

These are some of the most important principles I recall, now 18 years after my own studies:

Until the different peoples of these Middle Eastern states decide a democratic, united, and civil society is worth standing up for, even dying for, this struggle cannot be won.

1. The desired End State of a potential conflict must be clearly delineated, prior to initiating contact with an enemy.  This delineation must include a thorough assessment of the economic, moral, and human costs to our nation to achieve that End State. An intimate knowledge and understanding of the societies with which we are to be engaged is just as important.  If that End State is not clearly fixed and articulated then as the complexity of the struggle being pursued increases, the chances for success decreases.

2. The use of this nations military forces is but one arrow in the quiver of our national policy.  Military force cannot be used alone but must be aligned with a coordinated strategy. At the international level, this should be carefully harmonized with our allies; at the national level the integration of at least the following agencies should occur: State, Defense, Justice, Commerce, Homeland Security, and the National Security Council.  Lead responsibilities will shift as the tempo of the struggle proceeds but all must be orchestrated in unity.

3. When a decision is made to use this nations military forces, sufficient personnel, money, and supplies must be allocated to ensure an overwhelming force quickly wins the war, with as little loss of life to combatants and civilians as possible.  Once the initial conflict is over, those same sufficient forces must then be allowed to completely and fully control the areas in question until authentic civil authority can effectively control the situation and win the peace.

5. Modern 4th Generation Warfare (a concept defined by Lind and refined by Hammes in which one of war’s participants is not a state but rather a violent ideological network) cannot be fought from the sea, air, or by using stand-off weapons.  It demands street to street, block by block, hand-to-hand combat which is violent, bloody and devastatingly costly in casualties and deaths, both military and civilian.  This type of warfare does not seek to overwhelm an enemys center of gravity (economic, political, geographic) since most terrorist groups are not nation states; it must win the hearts and minds of the dispossessed, skillfully use strategic propaganda, risk communication, economic development, and civil support capabilities, and it requires trustworthy, focused, dedicated, and responsible allies.

A point by point discussion of each of these principles could be made but I leave that to others of more skill and knowledge (as well as the second-guessing of an immature, inexperienced, and terribly near-sighted Congress).

The US is involved in a long term struggle with an ideology and not a state, people, or nation.  It is a struggle for freedom and justice, against an enemy like none weve ever known before.  This enemy wants total control of all people under the dark cloak of religious fundamentalism.  This enemy will use any tactic, cares not for honor, modifies its moral divining rod as needs dictate and will murder their kin to succeed.  They are cowardly and despicable.  The present situation in the Middle East is a result of many tangential events and various honest, but short-sighted attempts to provide a concept of democracy that is at best not understood and actively rejected at worst.

That being said, the End State of our present involvement in the Middle East has not been defined and thus cannot be well articulated or strategically supported.  The problem is simple, the answer isn’t.  There is no unified Iraqi, Afghan, or Syrian nation. No single people exists in any of these Middle Eastern states.  These “nations” are places where families, clans, and religious sects are all exceedingly more important than city, region, or nation.  Iraq, prior to the fall of Saddam Hussein, was simply a prison cell where numerous separate peoples were brutally repressed for thirty plus years as a result of the bloody tyranny of a barbarian.  The US and its allies are spilling the precious blood of our most invaluable commodity, our young people, for a concept democracy that doesnt even exist in the day-to-day parlance of a Middle-Eastern Sunni or Shiite.  As Congressman Costa (CA-16) said in 2007 during America’s first iteration in Iraq, In the Middle East, we want democracy more than they do.  Until that changes, in Iraq and elsewhere, we cant win this present struggle.

Until the different peoples of Iraq, Afghanistan, Syria, etc., decide a democratic, united, and civil society is worth standing up for and even dying for, this struggle cannot be won.  We cannot win this struggle for them.  Until that happens, we should not “surge” our personnel or increase our efforts once again in Iraq or enter a conflict in Syria and we should not spill one more drop of American or allied blood.

The present Iraqi nation has shown itself unworthy of it.  These separate Iraqi peoples, still fighting their sectarian battles, are not worthy of any more of our sacrifice.  Not until the day they stand up and learn to talk rather than slaughter their own brothers and sisters, women and children.  Not until they are willing to fight as our own forces do white, black, Asian, Hispanic together, united giving their lives in sacrifice for an idea that is greater than their individual family, clan or religious sect. It is time now for the Iraqi peoples to decide if democracy is important to their future.  It is time for them to stand up and fight.

The answer to the question of a new war against ISIS in the Middle East at this time under current conditions with no apparent strategy, should be, as my father used to say when I was about to do something incredibly stupid, not no, but hell no, Mr. President.

(And, just to set the record straight, I was a B student when I graduated from the Naval War College in 1997.)

The Fight Within Every Veteran and with ...

Heres How We Should Think about Intervention