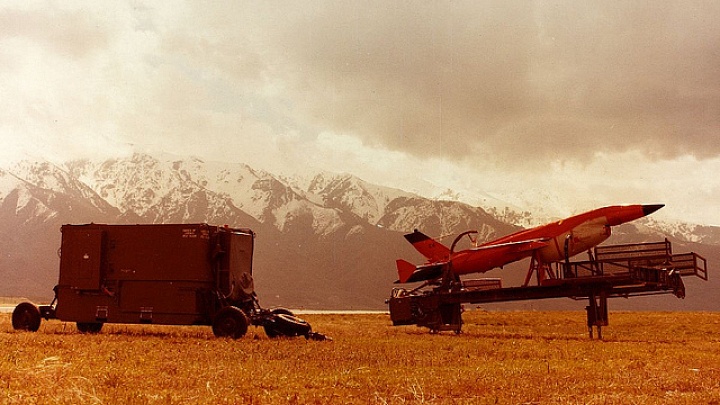 Depending on your capacity for outrage, Andrew Cockburns Kill Chain: The Rise of the High-Tech Assassins is a pretty depressing book. In under 300 pages, Cockburn places the world of drone production and use into a long yet fruitless wish of the US military to see, identify, and be able to strike anything on the field of battle.

In the Vietnam war, Cockburn explains, this effort was codenamed Igloo White. Thousands of acoustic, seismic, and even olfactory (thats smell-based) sensors were dropped across the Ho Chi Minh trail — thousands of square miles — in order to track the movement of supply trucks, which if destroyed would slowly starve the Vietcong war effort. To get that done, the sensors would relay their information to a central computer in Thailand, and attack aircraft and local cluster bombs would do the killing.

In the Cold War that grew after Vietnam, it was a surveillance network code-named Assault Breaker. Airborne radar systems were trained on the northern European plains of a potential World War III triggered by Soviet aggression. The systems proved too sensitive to distinguish tank movements from those of cars and even wind-swept trees. And in the 90s, it was with drones, who would be conveniently capable of both critical tasks — seeing everything and killing anyone.

Cockburn often distances himself from the subject of drones to explain the circumstances that made their ascent possible in the 90s. On the technical side, this was the launch of GPS satellites and the exponential bandwidth for information made possible by trans-Atlantic fiber-optic cables. But military culture and priorities also set up the demand that drones could fill, and that topic is what gets Cockburns real attention.

Readers are taken back to World War II, when a government-run think tank known as the Jasons submitted that the German war machine would collapse with the destruction of 154 key targets (which, even when they could be located and hit, either turned out not to be so vital to the enemy war effort as supposed, or the Germans adapted by replacing them or using substitutes.) In the Iraq war, these key targets were no longer just things—bridges, oil tanks, and power plants—now they could be people. All to say that drones played very well into a long-standing military fetish for ending wars quickly by hitting enemy regimes (or drug cartels, as Cockburn also explains) where it hurts.

But as the author interviews sources from every corner of the national security apparatus (including DCGS, the supercomputer network designed to make sense of the oceans of data collected by drones), he finds that there is strong evidence against the effectiveness of targeted killings. In the war on cocaine, eliminating kingpins actually increased supply. Similarly, in the Middle East to which the kingpin strategy was transplanted, Cockburn writes, slain commanders were quickly replaced by younger ones eager to prove themselves with renewed aggression.

A big player in the rise of drones — despite the poor track record — is the vicious competition among the US militarys services, each of which jockey for greater budgets and the roles and missions that justify them.

Rex Rivolo, a former pilot and one of the books protagonists, studied the lethality of Iraqi neighborhoods 30 days before and after the death of a commander based there. Each killing quickly prompted mayhem, Cockburn writes. Within 3 kilometers of the targets base of operations, [IED] attacks over the following days shot up by 40 percent.

And somewhat paradoxically, even though targeted killings arent effective, Cockburn argues that neither are the drones and surveillance systems that make them possible. During nine days of testing in Nevada, the Predator proved incapable of flying in bad weather and could find less than a third of its targets, and rarely could the difference be seen between a tank and a truck.

A big player in the rise of drones — despite the poor track record — is the vicious competition among the US militarys services, each of which jockey for greater budgets and the roles and missions that justify them. Any veteran of the U.S. defense establishment knows that the fiercest battles and deepest enmities are reserved not for the official enemy but for service rivals in the ceaseless struggle for budget share, Cockburn drives home.

Lobbied congressmen are also useful in keeping these programs alive despite (or maybe because of?) their inflated price-tags. In 2012, Congress and the House Armed Services Committee pushed Northrop-Grummans $223 million-a-piece Global Hawk onto the air force, ignoring clear disapproval from the Pentagon, General Martin Dempsey (who was then and still is chairman of the Joint Chiefs of Staff), and the air force (Junk is right, one officer told Cockburn). Jim Moran, then a congressman on board with this move, presided over the Virginian district home to Northrops headquarters.

Whats perhaps most disappointing about this blind technophilia is that Cockburn tells the story of simpler, cheaper, and more effective alternatives. While Congress appropriated funds for the US Border Patrol to buy six Reaper drones (the successor to the Predator), a subversive border control official demonstrated that a light aircraft could do the same job with less funding: $230 per captured border-crosser, as opposed to the Reapers $7,054.

And in simulations run in Jordans deserts, a cheap plane built by that country proved highly effective at warning ground contingents of any approaching ambushes. Rivolo and other Americans who had run the test wrote a report recommending the planes use in Iraq and Afghanistan. When they distributed their findings around the Pentagon, [o]rders came down that all copies were to be collected by a senior official and destroyed.

There is a hole in Kill Chains survey. Despite the benefit of being published months after ISISs news-dominating growth, the extremist group is only mentioned once. A recent article in the online magazine Defense One calls for new defense secretary Ashton Carter to expand the use of drones against it, giving UAV’s the mission of defeating a conventional armed enemy on the battlefield for the first time in history. Using drones there would allow for the continuation of a bombing campaign already benefiting ISISs Kurdish and Iraqi rivals on the ground, while skipping the risk of an American being captured and facing the same horrific fate as Jordanian pilot Maaz al-Kasasbeh.

We can question the track record of the two Defense One writers behind this argument; one of them previously consulted for General Atomics, the company that created the Predator and Reaper.

But if the authors get their wish, time will tell whether drones will finally meet the conditions that match their strengths (though thats to say nothing of the moral quandary that death delivered from a distance presents). Until then, Cockburn makes a strong case that drones have never done so in the past, despite great costs measured in foreign blood and American treasure.