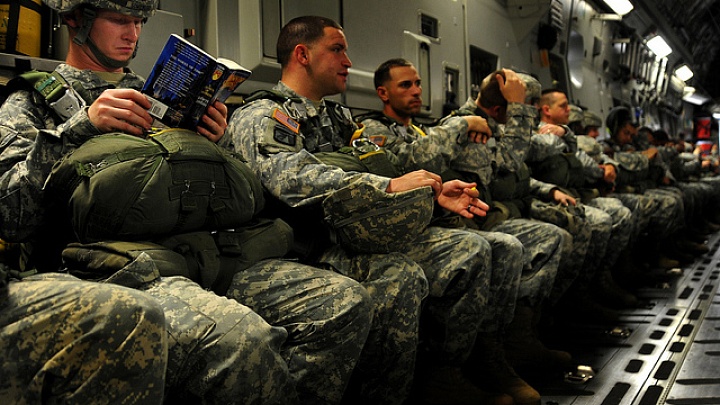 Army Strategist Lieutenant Colonel Aaron Bazin recently posted an article on what successful strategists should read. His inclusion of fiction pieces sparked some debate. In a rebuttal, T. Greer argued that, “[s]trategic theory is in essence a theory of decision making…A strategic actor oriented around incorrect narratives or ideas (or a strategic actor which cannot update these ideas to match changing conditions) faces a severe disadvantage in competitive environments like international relations or war. My concern is that too many of the models and ideas we use to orient ourselves are complete fictions.”

I haven’t read all the fiction pieces on Lt. Col. Bazin’s list. I’d offer a slightly modified list, but his inclusion of War and Peace, Killer Angels and Once an Eagle, Catch-22, and 1984 earn my sincere applause. My list would also include The Godfather and The Game of Thrones (whose film adaptations have been enormously successful).

Strategy is not just decision-making; its the art of out maneuvering other humans. And, in order to out maneuver humans, you must know them very well. So, what is the point of a story? Stories are one of the most important parts of the human experience. Humans have been telling stories since the beginning of time. Human culture is inundated with people telling stories. When you watch a show in television — its a story. When you read the newspaper — you read a story. Read a book — its a story. Go to church — hear a story. Listen to music — its a story. While works of fantasy and fiction are not real, they are conceptualized by humans. The greatest fictions of this world are the pinnacle of human thought and imagination.

Strategy is not just decision-making; its the art of out maneuvering other humans.

Great fiction can do many things. For strategists, I think there are three very important areas where fiction plays a role. First, great fiction can give you a feeling. It is not likely any of us will ever be in the position that many of our great war heroes were in. However, we can learn from understanding how they felt. Second, great fiction can be looked as a social experiment. Its difficult (if not impossible) to conduct social experiments on humans, its unethical and unrealistic. But fiction gives us an alternative to this predicament — and the best fiction has elements that ring so true it seems as though the experiment was actually carried out. Finally, the very best fiction can illustrate the complexities of decision-making in a chaotic and uncertain world. Fiction gives readers a chance to understand decision-making from many points of view.

War and Peace, is perhaps the most epic work of Russian literature. The genre is historical fiction, but should be on every strategist’s bookshelf. Why? Tolstoy’s clever and naive objectivity is realism at its finest, yet it breathes life into Napoleon’s conquests and the Russian court. These are humans, and they make human decisions with epic consequences. Tolstoy could have written a history of the French invasion of Russia he had the documents, the letters, and all the research. Alas, a simple history of the Napoleonic Wars would not be a magnificent work of art. Tolstoy wanted the Russian people to know how the war felt. This is what made War and Peace a masterpiece.

Much like War and Peace, The Killer Angels is a work of historical fiction. Michael Shaara develops the personalities and perceptions of four men at war. The Killer Angels takes place during the three days in 1863 that turned the tide on the Confederate Army, and changed the United States forever. The Battle of Gettysburg saw over 45,000 casualties. Shaara delves into the personalities and characters of the men who led the battle. He gives us the point of view of each man, his struggles, his desires, and his moral code. By reading The Killer Angels, the Battle of Gettysburg comes to life, but only because we have the feeling of what the battle was like for the men that participated in it.

Some of the greatest works of fiction are, in effect, social Gedankenexperiments. For instance, you cannot actually test the effects of totalitarian government of humans. As a social science experiment, its nearly impossible and unethical to the core. You can, however, conduct a Gedankenexperiement. 1984does just that — its a thought experiment on what happens under global totalitarian governance. We learn about the concentration of power and the challenge of free thinking.

Once an Eagle is another great Gedankenexperiment. Anton Meyer sets up the classic Army officer dichotomy: an egotistical careerist versus a humanist soldier, and carries two men through their entire careers. He very cleverly illustrates the consequences of their decisions in the backdrop of two major world wars. It is complete fiction, but it persists as a masterpiece because its findings and conclusions resonate so well with the people that read it.

Fiction can also help shed light on important social science research questions. The one on my mind as of late is, “how do you bring a state of social anarchy to a state of social order?” Assume that there are dozens of competing political factions, acting on incomplete information, with different religions and institutional biases, and no clear potential victor. I like this question because its the puzzle we are dealing with in Iraq — which doesn’t appear to have a solution in sight. You can look to history, or you can conduct a thought experiment -a fiction that illustrates an anarchical world and how the humans in it behave. In a very clever way, George R.R. Martin does just this in his epic series The Game of Thrones. When someone asks me, why should the U.S. intervene in Iraq, I can go into a lengthy explanation on the history of Iraq, the tribes, Salafism, and the militias. I can talk about U.S. and Iranian hegemony and the complexities of the post-Cold War realities. Or, I can just say, “Iraq needs a Leviathan! Only the Leviathan has the power and the legitimacy that commands respect. Don’t you watch Game of Thrones? Its all about the dragons, if you control the dragons you win the game! You see, our nuclear arsenal is the dragon… and me, I’m the little one, the strategist…”

Like their real world counterparts, fictional characters often have a set of objectives and are forced to make decisions with limited information. The characters in the Godfather trilogy are forced to make decisions like this all the time. They tend to base their decisions on their experiences with human nature. For instance, before he dies, the Godfather (Vito Corleone) warns his son Michael that the person that comes to him with a peace offering is the Corleone family’s betrayer. The Godfather doesn’t know who this person is, but he can foresee the future scenario because of his experience. The story’s characters are acting on limited information, and each with their own sense of timing and urgency. After Vito Corleone’s death, the Corleone family’s caporegime Salvatore Tessio is aggravated that a competing mob family, the Barzinis, are encroaching on his Brooklyn operations, and he grossly underestimates Michael’s capabilities as the new Don. Yet, Michael is being patient, he has his own sense of timing — he is baiting and waiting. Eventually Vito Corleone’s prediction comes true, Tessio comes to Michael with a peace offering, but Michael knows its going to be an ambush to put Tessio in control. In one of the most strategic moves in all fiction, Michael out-maneuvers all his adversaries: He eliminates them all on the same day — one surprise move that seals his fate as the new Don of the Corleone family.

Now, it is dangerous to propose that the real world is just like a fiction world. Strategists should not just look to one genre or story to explain reality. But, there are many elements of the fictional world that are present in the real world. Fiction can serve as a metaphor for complex ideas and illustrate challenging ideas about human nature. Its hard to imagine my life without the concept of a Catch-22, in fact I used the metaphor today. Fiction is a great avenue for any strategist looking for innovative concepts that may or may not be present in real life.

This post originally appeared in The Bridge on 22 June 2015.

Disarming the Profession of Arms: Why Disarm ...

To Catch a Cheat: Trusting the Verification ...