Show Me the Terrorists Money? Easier Said Than Done 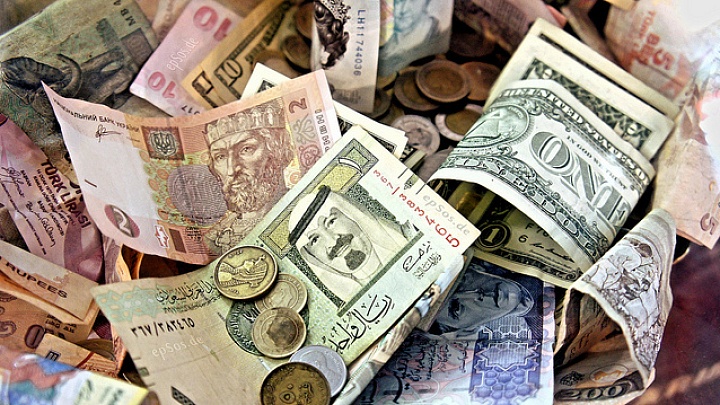 ISIS is officially the richest terrorist group in existence. Through its illicit oil sales worth between $1 million and $2 million a day—as well as kidnapping and extortion networks, robbery, front companies, racketeering, and outside donations, the group has amassed a $2 billion fortune. A cleverly-structured, disciplined and dynamic force, ISIS is able to adapt both militarily and economically to an evolving landscape quicker than its terrorist predecessors and competitors, as well as its adversaries like the U.S.  Attempting to defeat ISIS by starving it of funds is a smart approach. However, a look at the way it generates revenue and the tools America and its allies have available to block its financing shows this is easier said than done.

The Business of ISIS is Business

A comparison of ISIS and Al Qaeda’s initial revenue-generating strategies shows they both shared similar hierarchical structures in their early days and were dependent largely on outside donations. Both have since outgrown their dependence on outside funding and moved into generating their own revenue. Al Qaeda’s finances have never been as impressive as what ISIS has amassed in a much shorter time period. The formers “franchise” model necessitated “Al Qaeda Core” provide seed-funding to its affiliates, which were then encouraged to become self-sufficient thereafter. In contrast, ISIS remains a largely centralized and amalgamated organization that seeks to establish an “Islamic State.”

In order to achieve economic independence, for example, ISIS-predecessor Al Qaeda in Iraq (AQI) sold stolen goods to make up the bulk of their earnings in 2005-2006, followed by car sales, transfers from other Al Qaeda affiliates, “spoils”revenue generated from the pillaging of “apostates”and, last, donations from ideological supporters. Al Qaeda’s fractured, flat structure necessitates crafty income generation, even going so far as committing identity theft, stealing credit card data, and engaging in small-scale financial fraud. There is little evidence that Al Qaeda has ever been able to generate significant income from illicit oil sales the way ISIS does.

ISIS is spending its money on conventional military operations within its territory and its media propaganda machine and is making the majority of its money from the sale of a valuable commodity—oil—for which it receives cash in hand at the point of sale, much as its predecessor AQI did for much less-lucrative sales of stolen goods. Interdicting such direct sales for cash in lawless territory is difficult or impossible.

ISIS boasts an elaborate network of oil fields and refineries it has taken by force that allow it to pump upwards of 25,000 barrels per day. That oil is sold at a discount from the market rate ($25-$60 per barrel), given that the group cannot sell it on any legitimate market. While the oil must be transported, routed around checkpoints, and otherwise smuggled through contested territory at times, vast profits are still earned given that the cost of production for ISIS is so low. ISIS does not have to pay taxes or to lease or purchase the fields, nor did it have to invest in the building of refineries or infrastructure. It simply stole them. While Al Qaeda’s more piecemeal approach to revenue generation does not bring in the same amount that ISIS does, its flattened structure makes it more difficult to disrupt. ISIS operates out in the open in comparison to Al Qaeda, and disrupting its main source of incomeoil revenue—may be an easier task than tracking VIN numbers of Al Qaedas illicit car sales.

Turning off the Taps

Extremist groups can make as much money as they desire. But if they cannot move it or spend it, operational capacity to cause harm and motivate members will drastically decrease. Identifying, seizing, and blocking the transfer of funds across regulated banks are obvious ways of achieving this. Over the last ten years, much emphasis has also been placed on hawala networks that exist for expatriates to send money home from working abroad, but which are also used to move funds for terrorism. They are discreet, hard to trace, and almost completely unregulated. Hawaladeers have been used to move small to medium size cash amounts to fund terror operations. But when one looks at the way ISIS and Al Qaeda earn their money, hawala may not be a relevant place to look for the majority of monetary movement.

Looking again at how AQI made most of its money at the height of its power in Iraq–mostly through selling stolen propertyit becomes clear that cash for local or regional terror operations does not need to be transferred via banks or remittance networks over thousands of miles and instead can be packed in the back of a pickup truck and driven to its destination without a trace. But operations across international borders, such as the Al Qaeda-engineered 9/11 attacks, required frequent movements of operational funds across the globe which, after the fact, created a trail for investigators to follow.

In contrast to Al Qaeda, as yet ISIS has not focused on funding large international terrorist attacks and has instead concentrated on consolidating an “Islamic State” in Iraq and Syria, though other lone individuals and groups—such as those committing the recent Ottawa and Paris attacks—have pledged allegiance to it. ISIS is not making large volumes of electronic international monetary transfers that can be traced or interdicted as with Al Qaeda, who had and has affiliates or cells to fund. Both groups have outgrown dependence on large transfers from outside benefactors and are now generating their own revenue streams. ISIS is spending its money on conventional military operations within its territory and its media propaganda machine and is making the majority of its money from the sale of a valuable commodity—oil—for which it receives cash in hand at the point of sale, much as its predecessor AQI did for much less-lucrative sales of stolen goods. Interdicting such direct sales for cash in lawless territory is difficult or impossible.

Other sources of income for ISIS are just as difficult to stop. ISIS fighters have been setting up checkpoints in commercial centers where vehicles are forced to pay whatever they may have to the group. The victims are told they are paying an Islamic charity taxzakat—and the money is going directly into ISIS’ coffers. ISIS racketeering networks have hobbled businesses within their territory much as organized crime syndicates have operated for decades. ISIS demands money from businesses with threats of violence if they do not pay up. In Mosul alone, a city that seems to play a central role in the racketeering game, the amount adds up to roughly $1 million a month in revenue for the group.

While Al Qaeda may be dealing with an identity crisis given ISIS’ rapid and forceful maturation into a much stronger competitor, it does not mean that its ability to create chaos is diminished. Western means of waging financial war come down to sanctions and freezing of funds. However, both Al Qaeda and ISIS are well-practiced at working around the denial of access to legitimate commercial markets and banks. Blocking ISIS and Al Qaeda from the international banking system and markets is effective, but they have found ways to work around the restrictions. Tracking down other means, such as hawala transfers, is painstaking and relatively fruitless given that both groups’ fundraising has outgrown sole reliance on outside donations requiring cash transfers. And, in the case of ISIS, the group is holding much of its funds close to its chest for its regional operations, rather than attempting to disperse it as seed-money to affiliates worldwide or to fund international terrorist attacks.

The destruction or denial of the physical assets terrorist groups depend upon for financing is another way to interrupt their revenue stream. However, recent attempts to disrupt ISIS financing by bombing oil refineries may have provided the group with a huge PR win, making it possible to frame the debate as “infidels” and “crusaders” trying to starve the people of needed energy. It also causes setbacks for the government in Baghdad which will have to rebuild destroyed oil infrastructure once—if ever—the ISIS threat is dealt with. That will be expensive and time consuming.

As Louise Shelley points out, destroying ISIS’ oil assets means they would likely shift to the other, less overt means of revenue generation such as Al Qaeda has depended upon. While this may stem the flow of ISIS cash, it carries its own new problems. ISIS has already amassed a large amount of capital—more than Al Qaeda has ever had. However, without its own boots on the ground or strong local partner forces that can disrupt localized, cash-based oil sales or extortion rings in ISIS territory, much of ISIS’ income is protected from outside interdiction. Disrupting ISIS’ financing is not as easy as it sounds.

Islams Clash of Beliefs, As Seen From ...