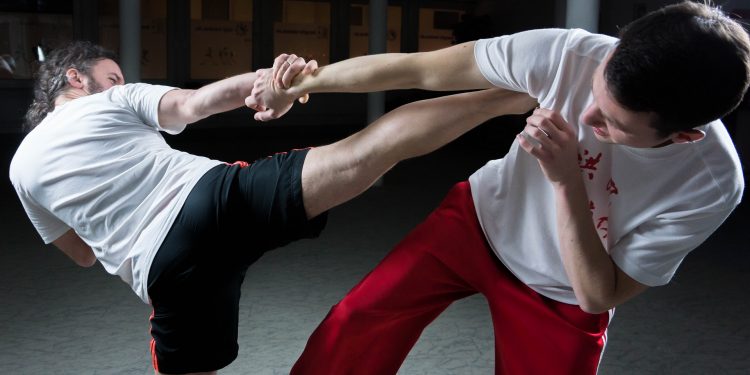 In today’s increasingly unstable world, the need to be able to secure personal safety is becoming more and more important. Arguments can turn aggressive quickly, and you never know who may try to do harm to you or your loved ones. But most of us don’t have much experience in actually defending ourselves, and some of the stuff we may have seen (either by others or in Hollywood) are either too complicated for the average person to learn, or they are simply not as effective as they may seem. For example, an improperly executed punch can often do more harm to the person throwing than the person receiving it.

We are going to look at some easy anyone can do without really having to practice much. Just being aware of them is enough so that you know what to do should you face a threat to your safety. Hopefully, you’ll never find yourself in this type of situation, but just in case you do, here’s how to prepare yourself.

Don’t Be a Hero

Thinking about self-defense may conjure up images of well-executed martial arts moves, or righteous rampages that leave assailants squirming on the ground, ready to be taken off to face justice.

Stopping anyone who is attacking you and demobilizing them is obviously a goal, but it is not always realistic. If the person coming after you is better-trained or heavily armed, you may be completely incapable of truly stopping them. Instead of trying to be a hero, be smart and realistic about your abilities. The best thing you could likely do is to temporarily stun the attacker, or hinder them in some way so that you and those you are with can escape easily. Running away may not sound as glamorous as standing your ground, but it guarantees a much higher rate of survival. Of course, if seizing your assailant is reasonably possible, go for it, but don’t overextend yourself and end up doing more harm than good.

When facing an attacker, the common move to try is to form a fist and try to punch or hit the other person in a way that will cause the most damage. This can be effective, but you need to know how to punch and where to aim, and you also need to hope the attacker isn’t prepared to block your punch.

Also, a poorly placed punch will do very little to truly stop someone in the efforts to hurt you. Getting punched in the cheek or mouth hurts, but it’s hardly enough to bring someone to their knees. So instead of forming a fist, consider leaving your hand open and trying to jam the bottom of your palm into their nose using an upward motion. By doing this, even without a great deal of force, you can break the assailant’s nose in a way that is much different and more painful than with a traditional punch. This will paralyze the attacker for enough time that will allow you to either deliver another, more immobilizing blow, or better yet, get away.

If you’re looking to get away from someone trying to hurt you, chances are you will need to run. Whether you just need to get to your car parked close, find a safe location surrounded by other people or get far away from the place of the attack, slowing down your attacker is critical.

Perhaps the most effective way to do this is to bust in the assailant’s knee and doing so from the side— pushing the knee in an unnatural side-to-side-motion—will really cause a lot of pain. After you do this, take off for safety and it’s likely the person chasing you will only be able to do so limping on one leg, giving you a serious advantage in the race to safety.

Move #3: Punch in the Chest

If your attacker is not wearing any sort of protective equipment, one simple way to buy yourself some time to get to safety is to place a punch at the bottom of their breast bone, right where the ribcage meets the diaphragm. This is a somewhat uncommon place to go for an attack—people often expect others to go for the face—but it can be very effective, as it will knock the wind out of your attacker and give you a few extra seconds to think about what you need to do next.

We all would like to think there is no need for self-defense, but the reality is ignoring it could end up being a grave mistake. You don’t need to be a professional boxer or martial arts expert to be able to protect yourself, you just need to be prepared and ready to act quickly. Hopefully these simple tips will help you do that and stay out of danger.

How do you keep yourself safe? What are some moves you would recommend others to use in the event of an attack?

Self-Defense and Carrying Laws: What is legal?