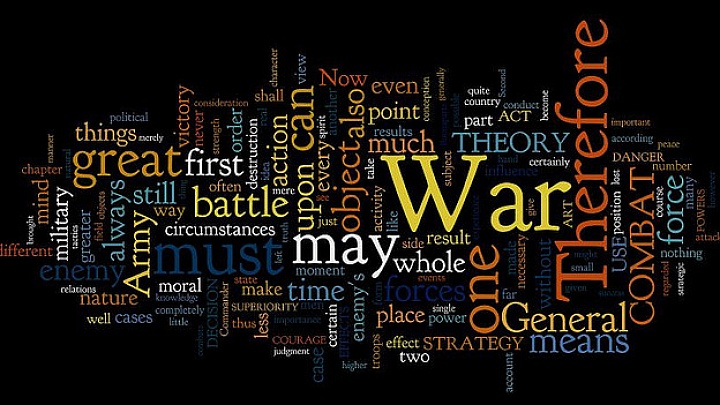 Reviewing a book by Peter Paret, the dean of Clausewitzian scholars, is both an honor and a challenge.  Professor Paret is perhaps best known for his biography of the Prussian military theorist, the classic Clausewitz and the State as well as his principle role in the most popular English translation of On War.  This hardly exhausts the material Paret has published over the years including numerous papers as well as his book Understanding War.

In reviewing books about Clausewitz and his ideas, as opposed to books that integrate Clausewitz into a larger study, there seems to be two main perspectives that these works fall into.  First we have the historical studies which focus on the man in his times, and second we have theoretical studies that attempt to bring his ideas to a larger audience and show their relevance to current strategic thinking.  Paret, not surprisingly fits more into the first category, but at the same time provides much food for thought for those readers interested in the second category as well, which is no simple feat.

Clausewitz and His Times consists of six Paret essays, all either new or revised, spanning much of the cultural setting of Prussia in Clausewitz’s time.  Specifically they cover On War within the context of the times, the thought of some of Clausewitz’s intellectual contemporaries, the influence of Frederick the Great, the distinction between Klein Krieg and People’s war (Volkskrieg) and finishes with an interesting comparison between Clausewitz’s Observations on Prussia in Her Great Catastrophe and Marc Bloch’s unique Strange Defeat.

In the first essay, Paret deals straightforwardly with many of the misconceptions readers initially have in reading Clausewitz:

Although in On War Clausewitz emphasises that theory should be study and not doctrine, his intentions are not always fully recognised, or if not recognised easily accepted .  .  . Some readers and interpreters may nevertheless find it difficult to conceive of theoretical explorations that are not immediately directed at practical results – especially if such hoped for returns are what initially brought them to Clausewitz. (p 8)

Too often, readers expect On War to be some sort of cookbook for making strategy“, since it was written by a Prussian general, obviously a very practical and effects-based perspective is assumed.  For instance, I have had chess players ask me if I thought that reading On War would help them improve their game.  Perhaps if they played chess after not sleeping for two days in a dark, cold, smelly room, able to see only a fraction of the opponent’s pieces with loud scary noises issuing randomly around them, is my response, which seems to get the point across.

Rather, as Paret points out, Clausewitz’s intention is to analyze how war assumed changing forms“ over time and to possibly distill from this study a body of theory which would address war as a social phenomenon.  This is what Clausewitzian strategic theorists refer to as Clausewitz’s general theory of war, although this is not a term that Paret uses in this essay.  The problem of making strategy“ with the general theory is that it is primarily a tool of historical analysis, since it is necessarily retrospective as Hew Strachan was effectively argued.  While general theory concepts are very useful for war planning, there is after all Book 8 in On War  that deals with precisely that, these concepts cannot provide a framework for action, but rather a way of thinking about the total social phenomenon since the context and contingencies are simply too complex.  Then of course there is the web of lies“ all too common to domestic politics/political domination.

The practical side is there in On War as well, of course, covering many aspects of war as it was fought two hundred years ago in Europe, as one would expect from a man who had Gerhard Scharnhorst as his mentor.  Paret goes into the intellectual currents of the times in the second essay, focusing on five of Clausewitz’s contemporaries.  His handling of Scharnhorst is superb as well as lesser known fellow officers such as Carl von Tiedemann, Rühle von Lilienstern and Ernst von Pfuel.  One wonders what Tiedemann especially could have produced had he survived his service in the Czar’s army during the Russian campaign of 1812.  For me however the most interesting part of this essay was Paret’s handling of the former Prussian officer and writer Heinrich von Kleist and his The Prince of Homburg and what this work of fiction indicated about the revolutionary ideas blossoming at the time among Prussian intellectuals, both military and civilian.  Paret’s comparison of Kleist to Clausewitz includes this fascinating point, in that they both:

sought to express the widening insights of their age in complete formulations – one man in drama, the other in a body of theory that in the first instance identified the components of war, and addressed their interaction, not sought the certain path towards victory.  Both Clausewitz and Kleist argued against schematic thought and action, and both arrived at a deeper level of reality in their recognition of the permanent uncertainty of events, not least in episodes of conflict . . . (pages 69-70)

In the following essay on Frederick the Great and how his legacy (presented as a history of strategy) was interpreted or misinterpreted over time, Paret deals initially with the mature Clausewitz and the general theory:

It was the task of a general theory of war to recognise the permanent elements of war and their interactions, and to recognise as well that the forms these components assumed were subject to constant change, which might demand always new responses: Theory should define the issues and actions of war, and explain what needed to be done, but not lay down laws on how to do it – for example, it should point out the need (and difficulty) of coordinating political goals and military action, but also that the desired coordination could be achieved in different ways.  (page 80)

What followed this of course was Alfred von Schlieffen’s avoiding the political aspects completely and focusing solely on the military operational, which led Germany to disaster in World War I.  Paret’s view here corresponds with the Russian/Soviet Clausewitzian strategic theorist Alexander Svechin’s writings of the 1920s.  The end of this „history of strategy“ went through its last phase with the coming of the NSDAP to power in Germany in 1933 which later coupled military technological proficiency with a murderous and suicidal continuation of ideology by other means“ (page 85).

Two following essays cover the distinctions between Klein Krieg (small detachments operating independently as distinct from line infantry/mass cavalry) and People’s war or Volkskrieg.  The first essay compares Clausewitz’s with the writings of the Swiss historian Johannes von Müller while the second discusses the course of instruction that Clausewitz gave on Klein Krieg at the Allgemeine Kriegsschule during 1810-1812.  In the second essay, Paret disagrees with the widely accepted interpretation of the Clausewitzian historian Werner Hahlweg, that these lectures contain a pronounced revolutionary character“.  Paret points out that the lecture notes in question contain only marginal mention of People’s war, and nothing about the central issues of such conflicts“ (page 106).  At the same time he makes clear that it would have been dangerous for Clausewitz to have made such comments in his lectures taking place as they did in French-dominated Berlin.  Missing here however I felt was any comment on the Landsturm edict of April 1813 and Clausewitz’s support of it, including his correspondence with his wife relating to the edict and People’s war.

The final essay in the book compares and contrasts Clausewitz’s account of the defeat of Prussia in 1806 with that of Marc Bloch’s defeat of France in 1940.  Both concern a perspective where institutions have become hidebound and obsessed with form over substance to the point that when collapse comes, a certain paralysis results.  Pointing out the causes of both collapses is also politically difficult, since the elites would prefer to avoid that reality, not to mention any responsibility for the consequences, something which in human and political terms seems timeless.

In all Professor Paret has written a fascinating collection of essays that provide discussion of not only the man and his times but in addition the continued relevance of his ideas, as well as the potential perils of dismissing the general theory as outdated“ or useless“.  This book would be of interest for those interested in German history, European military history of the early 19th Century, Napoleonic history and of course strategic theory.

Vladislav Surkov: The (Gray) Cardinal of the ...