The Lost Battalion of TET: One Answer to the U.S. Army’s Dearth of Substantive Classics 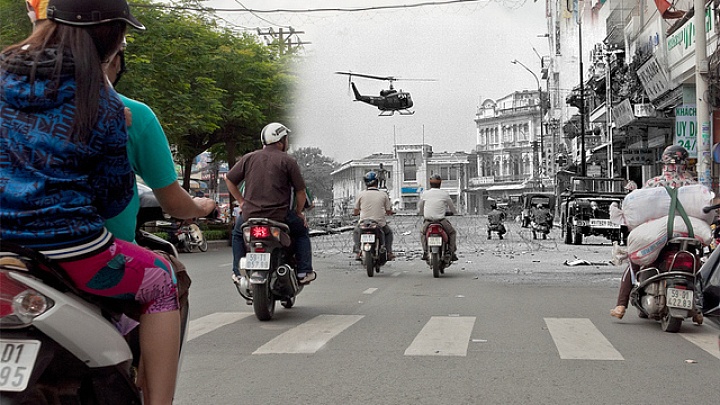 What books are required reading for Army officers? When I was commissioned, Anton Myrer’s Once an Eagle was considered professional reading par excellence. This seemed remarkable because, frankly, the book bored me. It seemed poorly written. At best, I thought, it is a thinly veiled morality play in which the two main characters (Sam Damon and Courtney Massengale) represent antagonistic ideals. The good character exemplifies “great leadership,” which is presented as an end-in-itself, and the worst trait among the “bad” character’s many negative traits is that he is a poor commander. The moral to the story? It matters less where you lead your men or what they accomplish than that you lead them well, that you inspire them, that they follow you willingly, joyfully even (even if it is blindly off a cliff).

The esteem with which Elbert Hubbert’s A Message to Garcia was held I found even more baffling. This essay did not seem to rise even to the level of overly simplistic morality play. It is a diatribe, a rant, in which the quality of unquestioning loyalty is exalted above all other qualities, in which the willingness to, yes, jump off that cliff if so ordered is extolled. Hubbert, it seemed, would have made a great Nazi.

Ernest Dunlop Swinton’s The Defense of Duffer’s Drift taught me something about small-unit tactics on an infantry-pure battlefield, very little of value outside that laser focus. Michael Shaara’s The Killer Angelswas an enjoyable read, but it, too, seemed to me like a play—in this case, one in which larger-than-life union and confederate generals say larger-than-life things and in which all the real muck and horror of war take place somewhere off-stage.

I could go on in this vein, but it is best I move to the heart of the matter: as a profession, the U.S. Army is in desperate need of better written and more useful “classics.” Recently, I came across one little-known book that could help fill this need. Charles Krohn’s The Lost Battalion of TET: Breakout of the 2/12 Cavalry at Hue was first published by Praeger in 1993. In honor of the TET offensive’s 40th anniversary, the Naval Institute Press published a substantial revision in 2008—a version that was just recently released on Kindle. This revision tells a true story that is not just harrowing, but it accomplishes that most difficult of things for a military history to achieve: it usefully instructs without moralizing.

Although lacking artillery support and, thanks to the weather, close air support, the battalion was ordered to attack an entrenched North Vietnamese Army (NVA) regiment across 200 yards of open field. This mission was, as Krohn describes, as futile and foolhardy as the famous Charge of the Light Brigade. The battalion, of course, was decimated. Then, the NVA regiment cagily drew the battalion in so as to completely surround it with superior numbers. Lacking any hope of reinforcements or supporting fires, only a desperate night exfiltration through a tiny gap in the enemy’s lines no wider than 75 yards allowed a majority of this battalion’s soldiers to escape enemy contact, reach higher ground, and survive.

Thoroughly researched and well-written, Krohn’s account of this battle comes from the personal papers of the unit’s officers, captured enemy documents, and scores of interviews with survivors. Adding to his account’s authenticity is the fact that Krohn was there, a young captain serving as the battalion’s intelligence officer. This experience not only adds to the account’s authenticity, but it adds layers to the context of the battle, namely, the book’s descriptions of the NVA’s actions and his battalion’s actions relative to their enemy.

The result is a book that succeeds on many levels. It succeeds first at the level of story, as a timeless tale of infantry soldiers in contact with a superior enemy and of the many characters—often eccentric, all brought vividly to life—who fight courageously and desperately to avert total catastrophe.

It succeeds also as the best extant after-action review of this tactical defeat—the kind of defeat, as American military mythology would have it, the U.S. Army never suffered during the Vietnam War. How was it possible that a battalion of American soldiers could be ordered to attack a superior enemy across open terrain, and, once on their objective, find themselves surrounded and facing near-certain annihilation with no hope of rescue? Krohn does an excellent job of analyzing the many factors that led to the battalion’s desperate situation, from the havoc the NVA’s Tet Offensive wreaked on the U.S. supply system, to uniquely severe weather, to the choices made by a competent enemy, to false assumptions, and, in some cases, to ego-driven decision-making.

That the book succeeds on just these two levels make it worthwhile reading for U.S. leaders and soldiers. What makes this book truly essential reading, I believe, is its success on a third level: its unusually frank discussion of how American military culture, when faced with tragic mistakes, can cause service members to “close ranks” and be less than fully honest with themselves and each other.

Krohn discusses the nervous breakdown of the division commander at the height of the battle—a breakdown that was suppressed and went unreported to higher. He relates how the division’s embedded historians inaccurately described the battle, to include the notion that the battalion’s advance was supported by “indirect fire artillery, aerial rocket artillery, and helicopter gunships.” (The only item close to the truth here was that a lone gunship did try to aid the battalion’s advance, but this gunship accidentally fired upon the battalion rather than the enemy.) The historians are not to blame for these inaccuracies, though. They recorded what was reported to them by 1st Cavalry Division leaders. Krohn also discusses the damage done to the battalion commander’s reputation by the division commander, an ambitious man who clearly made errors and who just as clearly wanted to scapegoat the battalion commander for these errors.

In short, blatant careerism and the distorted, overly positive reports of subordinates created a false narrative—a myth—that could have inhibited learning and damned our Army to repeat the same mistakes. This institutional tendency toward self-deception, Krohn suggests, poses a danger that all American military leaders need to be aware of and to resist. I agree. Krohn’s story sounds uncomfortable echoes in the present, such as in the growing number of myths surrounding the Abu Ghraib debacle. (“Those crimes had nothing to do with interrogation policy.” “Only a few bad military apples tortured prisoners.” “Only the CIA tortured systematically: the military institution chose the moral high ground.” Etc.)

The Lost Battalion is not without its flaws. Considering the loss of so many of his comrades, Krohn’s analysis is (understandably) not always dispassionate, making it slightly suspect in a few places. Nonetheless, by unearthing the truth and enabling honest conversations to take place about what happened, Krohn has performed a valuable service, both to the Army and to the memory of his dead comrades. If there is any justice in the world, The Lost Battalion will become a hallowed U.S. Army classic. Its pages convey greater candor, realism, and a sense of immediacy to today’s U.S. military professional than the pages of nearly all of the other books enshrined today as essential Army reading. All U.S. Army students, from cadets to colonels at the War College, can enjoy—and gain grim lessons from—this exciting, tragic, and searingly honest book.

Lieutenant Colonel Douglas A. Pryer is an active-duty military intelligence officer who has deployed to Kosovo, Afghanistan, and Iraq. He has published one book (The Fight for the High Ground: the U.S. Army and Interrogation During Operation Iraqi Freedom, May 2003 – April 2004) and numerous essays on interrogation and other aspects of the human domain of war. The views expressed in this article are those of the author and do not reflect the official policy or position of the Department of the Army, Department of Defense, or the U.S. government.