The Iraqis We Left Behind: A Book Review 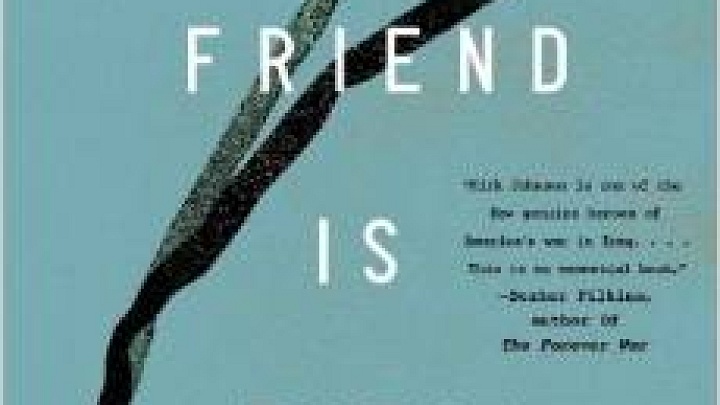 TO BE A FRIEND IS FATAL:

The Fight to Save the Iraqis America Left Behind

Almost a year after he came back from Iraq, Kirk Johnson got an e-mail from Yaghdan, an Iraqi colleague whom he had known in USAIDs Baghdad office. Like all the other Iraqis working for Americans, Yaghdan took elaborate precautions to keep his employment secret. But one day in the fall of 2006, a man from his neighborhood recognized him as he was leaving the fortified U.S. headquarters compound known as the Green Zone. The next morning, he found the severed head of a dog outside his door, with a note saying We will cut off your heads and throw them in the trash.

Yaghdan (Johnson doesnt use his last name) asked his USAID bosses to let him and his family move temporarily into the Green Zone or help him emigrate to the United States. Both requests were denied. Finally, in desperation, he sent his e-mail to Johnson. At first Johnson didnt even reply. He was unemployed, still in physical and emotional distress from a serious injury he had suffered after leaving Iraq, and had no idea how he could help anyway. But his conscience prodded him and finally, not knowing what else to do, he wrote an op-ed commentary for the Los Angeles Times, relating Yaghdans story and advocating a more liberal visa policy for Iraqis in such circumstances. Hours after the article appeared, Johnson began getting e-mails and calls from other Iraqis in similar situations the first of hundreds of such pleas he would receive while spending the next seven years trying to help those Iraqis, at first by himself and later through his organization, The List Project.

To Be a Friend Is Fatal tells the story of that struggle. It documents a moral disgrace that should have caused much more outrage than it has, because Yaghdans situation and the indifference of his U.S. superiors were not unusual but are the common experience of American-employed Iraqis. Threats are all but universal, and hundreds have been murdered. But in a war-on-terror climate in which all Muslims are seen as potential enemies, U.S. officials seem much more worried about possibly letting a terrorist slip through the refugee process than about any moral obligation to Iraqis who helped Americans. Johnson sums up the issue this way: nobody wanted his or her signature to be on the visa papers of the next 9/11 hijacker.

The law authorized 25,000 visas over a five-year span; in its first year, only 438 were granted, and over the full five years, only about one-fifth of the total were ever issued. A similar program for Afghans showed almost identical results.

With that fear overshadowing all other considerations, a bureaucrat has every motive to obstruct or delay a visa, and no reason for any urgency in granting one. The only way those incentives could be reversed would be a high-level commitment to give refuge to endangered Iraqis. As Johnsons account makes shamefully clear, that did not happen in either the Bush or the Obama presidencies.

The List Project was able to pry loose some visas, typically when its volunteer lawyers raised the prospect of legal action or when a particular case got media attention or was pushed by someone with political clout. But applications routinely met excruciating obstruction and delay, most often due to drawn-out, mindlessly repetitive security checks. That remained true even after Congress (mainly spurred by Senator Edward Kennedy, the only prominent political figure appearing in these pages who showed any real concern for the refugees) established the Special Immigrant Visa program specifically for Iraqis who were targeted by insurgent death squads because they worked for Americans. The law authorized 25,000 visas over a five-year span; in its first year, only 438 were granted, and over the full five years, only about one-fifth of the total were ever issued. A similar program for Afghans showed almost identical results.

There are two important insights from this book that I wish Johnson had pinpointed more explicitly and more forcefully: One is that the ethical failure did not just stem from fear of terrorism. It also reflected a self-centered American arrogance a chronic inability to recognize the same value in other peoples lives as we put on our own. Johnson does not put particular emphasis on this, but examples abound in his book. In his first days in Baghdad, for instance, Johnson discovered that he and other Americans in the Green Zone were issued helmets and body armor to protect against mortar attacks, but Iraqis working there were not. (Do you have any idea how expensive those vests are? an American supervisor snapped when Johnson asked about the policy.) Another early glimpse came in his first meeting with USAIDs executive officer in Baghdad, who supervised the Iraqi employees. Oh, their names are so tricky and hard to remember! she told Johnson. Just call them Ahmed or Mohammad, thats what I do, and it sure seems to do the trick. Such attitudes, incidentally, may help explain the mind-boggling incompetence of the U.S. aid program: Americans who find it too laborious to remember Iraqi names are unlikely to do a very good job at understanding the society and forming the necessary relationships for effective reconstruction programs.Bureaucratic foot-dragging sometimes had tragic results, as shown in a chilling series of e-mails between the State Department and a man Johnson calls Omar. The messages, reproduced in the books next to last chapter, begin with an appeal from Omar in June 2011, asking to come to America after receiving persistent threats because he had worked for the U.S. Army. The rest of the correspondence consists of increasingly anxious inquiries from Omar about the status of his application, and increasingly surreal answers that read as if they were written by robots, not humans, repeatedly requesting information and documents that he had already submitted. Just short of a year after sending his first message, Omar was murdered. (The full e-mail correspondence, for those interested, can be found here.)

The second insight is this: while Johnsons efforts meant a happy ending for a couple of thousand Iraqis Yaghdan among them who finally got visas with the List Projects help, that doesnt mean there is a happy ending to the story he tells in this book. Doing the right thing in particular cases under pressure of legal action or to head off bad publicity does not erase or excuse the ethical failure of the American bureaucracy or of national leaders who never ordered fairer and more reasonable practices. One cant exactly declare a happy ending for Johnson either. He will be able to remember his own actions without shame, but he did not succeed in changing a shameful culture of bureaucratic cowardice and moral indifference. This book, though written without a syllable of self-glorification, shows that Johnson, at no small personal cost, acted honorably. It also shows, all too clearly, that his government our government did not.

The U.S.-Chinese War Over Africa