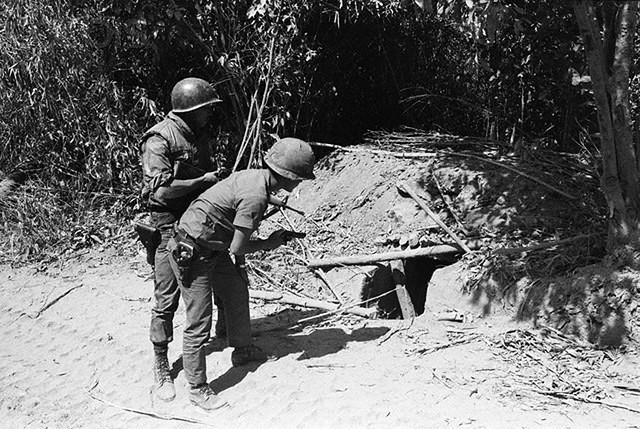 Lam Son 719 was one of the bloodiest battles of the Vietnam War. In a new book, Invasion of Laos, 1971: Lam Son 719, author Robert Sander notes, “Republic of Vietnam (ARVN) 1st Corps, appears to have suﬀered more than 7,500 casualties, and the Communist forces approximately 13,000.” American losses are harder to estimate but were at least 250 Americans died in support of the operation. Particularly hard hit were U.S Army helicopter crews who suffered more losses than at any similar period during the war.

Yet, despite this the battle remains understudied. Sander, who was a helicopter pilot during the battle and a career army officer, was compelled to write the book to bring attention to what was one of the crucial battles of the Vietnam: the last dry-season offensive by the ARVN which had its commanders been more ambitious could of helped by South Vietnam valuable time to prepare for the American withdraw. However, the actual outcomes of the offensive were much more limited.

The operation was born out of a desire on the part of Washington to provide cover for further American withdraws and for the ARVN to buy time. While by 1971, President Nixon faced mounting pressure to end an unpopular war. Yet, there were strategic considerations as well as Sander notes the ongoing war limited America’s ability to respond to a crisis elsewhere: “When the Soviets invaded Czechoslovakia in 1968 and the U.S. considered participating in a NATO-led intervention, the largest body of troops considered available from the two U.S. Army corps stationed in Europe was a single brigade of approximately 5,000 men.”

American warplanners had long realized the importance of severing the “Ho Chi Minh Trail” a term that referred to the supply network which stretched through Cambodia and Laos an allowed, Hanoi to supply both Viet Cong forces and NVA units in the south. Since the Kennedy Administration, the Laotian town of Tchepone which startled Route 9 was a known hub in this network.

Yet, despite war plans drawn up by both South Vietnam and the United States, political considerations made a raid into Laos risky. Such a move into a neutral country risked drawing Moscow or Beijing into the war. The Nixon administration’s policies of détente however and outreach to China had significantly reduced that risk.

Hanoi had long realized the town’s importance and defended it well. The NVA he argues had pre-prepositioned the latest Soviet air defences to defend potential helicopter landing zone LZs even before the 42-day operation began. Indeed in the early 1970s the Soviets freely gave the North Vietnamese their latest anti-aircraft weapons just as they would eagerly arm the Egyptian Army with the latest anti-tank weapons during the October War of 1973.

Yet it wasn’t just technology which accounted for heavy American losses. Sander points to other tactical failures. He argues more gunships should have been made available to escort air mobile operations. ““The availability of helicopter gunships for the escort mission was a major limiting factor in how many diﬀerent airmobile operations could be conducted simultaneously.” Additionally, American battlefield priorities weakened the combat effectiveness of the ARVN who relied on American air support and played into the NVA goal of ambushing American forces. One controversially example cited by Sander involves the fate ARVN FSB 31 where American efforts to rescue the pilot of a downed F4 Phantom was made at the expense of defending the FSB which eventually was overrun. The NVA he argues understood American priorities to minimize casualties and used downed air crewmen as bait to lure in rescue forces into battle on the NVA’s terms.

An invasion into a neutral country risked drawing Moscow or Beijing into the war. The Nixon administration’s policies of détente however and outreach to China had significantly reduced that risk.

Such tactical failures were due to a lack of understanding by officers of the changing nature of war. Though the U.S military had realized the potential of the helicopter in the Korean War, there was a generational officer gap. “These were oﬃcers that, for the most part, were veterans of World War II. Attempts to rectify the gap in senior oﬃcer knowledge of aviation operations included sending senior oﬃcers to a VIP version of ﬂight school. This eﬀ ort produced marginal results. While the senior oﬃcers may have mastered the elementary skills of ﬂying, the VIP ﬂight school could not replace experience.”

The ARVN leadership was even more muddled by a lack of good leadership and politics. Sander paints a picture of General Lam, who had overall command for the ARVN offensive as overly hesitant if not incompetent. Sander’s notes: “[U]nits brought to the fight were use sparingly General Lam commanded roughly 30,000 soldiers under his command, but committed only initially 18,000 to the Laos raid. During the battle American observers were shocked did not commit his reserves “at a time when the enemy has obviously committed his full resources.” Indeed, Sander points out at least 9 ARVN division were deployed elsewhere during Lam Son 719. Why were these nine divisions idle? Sander suggests that much of the ARVN army were in effect home guard units whose soldiers spoke regional dialects and who had little logistical ability to operate nationally. An additional problem was “flower soldiers”: ARVN soldiers that existed primarily on paper or bribed officers to avoid military service. The contemporary reader cannot help but think of the state of another American-built army, the Iraqi Army of our era. A November 2014 audit of the Iraqi Army found 50,000 “ghost soldiers” on its payrolls.

Ultimately, the operations limited success to political differences between the Vietnamese President Thieu and President Nixon. For Nixon, this was an operation meant to forestall a NVA offensive and to give an impetus to the Paris Peace Talks. Yet, President Thieu fretted the destruction of ARVN units he saw as his palace guard and urged General Lam to move certain elite ARVN back to Saigon as soon as possible. Evidence is contradictory but it is likely Thieu had ordered his generals to begin to withdraw once 3,000 casualties had been reached.

Lam Son 719 was previously covered in two earlier books: Tom Marshall’s The Price of Exit and Keith Nolan’s Into Laos. Yet, Sander has conducted exhaustive research in writing his account. This includes sources previously unavailable state department cables that covered Vietnam from July of 1970 to January of 1972.This book will be of interest to those interested in the history of air mobile operations, the diplomacy surrounding the end of the Vietnam, and those generally interested in what until recently was considered America’s longest war.

The Lost Battalion of TET: One Answer ...