Is Restraint a Realistic Grand Strategy? 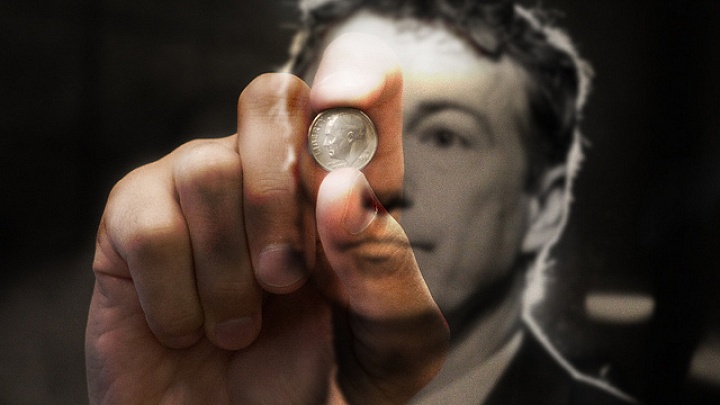 In his 2014 commencement address at West Point, President Obama was explicit in contrasting the wisdom of foreign policy “restraint” with the recklessness of certain unnamed past U.S. interventions abroad. “Since World War II,” Obama declared, “some of our most costly mistakes came not from our restraint but from our willingness to rush into military adventures without thinking through the consequences, without building international support and legitimacy for our action, without leveling with the American people about the sacrifices required. Tough talk often draws headlines, but war rarely conforms to slogans.”

American politicians from Rand Paul to President Obama now regularly deploy the rhetoric of restraint in their U.S. foreign policy speeches, and therefore MIT Professor Barry Posen’s “Restraint: A New Foundation for U.S. Grand Strategy,” is a timely articulation of how these broad sentiments might be translated into specific policies. Yet for a book length treatment of grand strategy, Posen’s conceptualization of national security is a surprisingly traditional one, centered around “sovereignty, territorial integrity, power position [i.e., a state’s total capability to defends itself relative to other states], and safety.” There are strengths to this approach, particularly in its ability to articulate precise recommendations on global U.S. military deployments. But in the topical context of ISIS and Ebola, it is ultimately an unsatisfying one that offers few conceptual tools to grapple with what confronts U.S. policymakers and military officers today: diffuse, highly complex, transnational security problems that also encompass vexing humanitarian and diplomatic challenges.

A World of Free Riders

The central problem with current U.S. strategy, according to Posen, is that the U.S. is expending massive economic resources to uphold a global order that benefits its allies far more than itself. For too long there has been an unquestioning national security consensus around what Posen terms “Liberal Hegemony.” This worldview insists that the U.S. maintains its power advantage relative to other potential competitors (e.g., China) by “a sustained investment in military power whose aim is to so overwhelm potential challengers that they will not even try to compete, much less fight.” Moreover, this power should be deployed on occasion “to defend and promote a range of values associated with Western society in general and U.S. society in particular.” With such expansive objectives, it is no surprise that Liberal Hegemony has not come cheap; Posen notes that “including expenditures on the [Iraq and Afghanistan] wars, the United States was spending 4.8 percent of GDP on defense in 2011, while… [U.S.] allies were averaging 2.25 percent.” Even if long-term spending at these levels is somehow financially sustainable, they add up to hundreds of billions of dollars that could otherwise have been invested into the U.S. domestic economy.

There are strengths to Posens policy of restraint. But in the topical context of ISIS and Ebola, it is ultimately an unsatisfying one that offers few conceptual tools to grapple with what confronts U.S. policymakers and military officers today: diffuse, highly complex, transnational security problems that also encompass vexing humanitarian and diplomatic challenges.

Posen effectively questions whether this level of military spending is really necessary across the globe when the U.S. enjoys a number of key allies that are mature, wealthy democracies. The U.S. covers such a disproportionate share of the military burden in these relationships that Posen argues they are in practice not alliances but rather U.S. security guarantees that have enabled an unhealthy and costly dependency among partners in Europe and East Asia. Japan is a good example of this “cheap riding” behavior, as it “does not spend more than 1 percent of GDP directly on its military.” It is in the context of Europe that Posen’s radical policy solution to U.S. allies’ free riding habits appear most sensible. The European Union represents the largest economy in the world and has been extraordinarily successful in its ability to end the potential for armed conflict between its member states for the foreseeable future. Yet European states generally, and in particular the three largest members of Germany, France, and the UK, have allowed the U.S. to cover much of the cost for their own security, and Posen advocates drastic reduction in the U.S. force structure to compel a change in this dynamic. Specifically, Posen argues that the “United States should withdraw its operational forces from Europe over a ten-year period, starting with ground forces,” with an eventual transition of NATO institutions to full European control or the transformation of these institutions into an entirely new security structure. Even in light of Putin’s actions to reclaim traditional spheres of influence through limited military intervention in countries like Ukraine, European Union member states are armed with an array of powerful diplomatic, economic, and (potentially) military tools to combat this threat without the presence of U.S. military bases.

A Clash of Nationalisms?

Posen rightly emphasizes the potency of nationalism since World War II and the fundamental role it has played in effectively mobilizing local populations against foreign forces to extract high costs. The Iraq War demonstrates that this is true even when sub-national forces (e.g., the Iraqi Sunni minority) reject the occupying powers, as in a globalized world these groups can also better exploit transnational networks to augment their manpower and resources. In the case of East Asia, however, the dynamics of regional nationalisms function differently, with the U.S. arguably acting as a stabilizing force between an ascendant China and its concerned neighbors, including, Japan, South Korea, Vietnam, and India. Will these powerful regional nationalisms clash to deleterious effect if the U.S. implements Posen’s call for a “withdrawal of a significant number of U.S. troops” from Japan and South Korea? Could this threaten to disrupt regional economic relationships that the U.S. economy relies so heavily on? Posen never fully examines these risks in detail. But the active U.S. encouragement for countries such as Japan—with troubled histories of militarism—to bolster their military capabilities would likely engender similar military build-ups from regional neighbors, especially if Japan decided to develop a nuclear deterrent. Since Posen argues this is a distinct possibility and a logical response in the wake of a U.S. military withdrawal, it would have been useful for these concerns to be addressed in greater detail.

Finally, an initial consideration of a U.S. policy of “restraint” in the Middle East in recent years has been profoundly destabilizing to the regional system. In many ways, the Obama Administration’s Syria policy has followed the two key principles of restraint as conceived by Posen: The reduction of a U.S. leadership role, particularly in committing military forces in any way to resolve regional conflicts, and instead encouraging regional allies to take the lead in solving these local problems. Yet Syria is situated in a largely non-democratic, regional system characterized by unresolved ethno-sectarian cleavages and bitter competition between Saudi Arabia and Iran. In this context, the absence of robust U.S. leadership has only spurred these regional adversaries, along with their allies, to support a bitter proxy war in Syria that has resulted in the deaths of nearly 200,000 people and displaced millions of refugees into neighboring countries. Far from shielding the U.S. and its allies from major costs, “restraint” has allowed a localized problem to metastasize into a regional catastrophe costing billions of dollars just to meet the basic humanitarian needs of Syrian refugees. Moreover, unlike previous regional conflicts like the Lebanese civil war, the instability has profoundly shaken neighboring states such as Iraq, leading to a situation where ISIS now controls territory and military resources far exceeding any previous jihadi militant organization. In light of these circumstances, the idea that the U.S. can smoothly reduce its military forces abroad and extract itself from a leadership role in addressing regional conflicts like Syria appears unlikely. In contrast to Posen’s central argument, the structure of the global political order might impose costs for a massive U.S. military withdrawal that actually outweighs its purported benefits.

Michael Page is currently a graduate student at the Harvard Kennedy School. He has been a project manager with the research and stabilization consultancy ARK and has spent significant time working in Lebanon, Syria, Yemen, Turkey, and other countries in the Middle East.