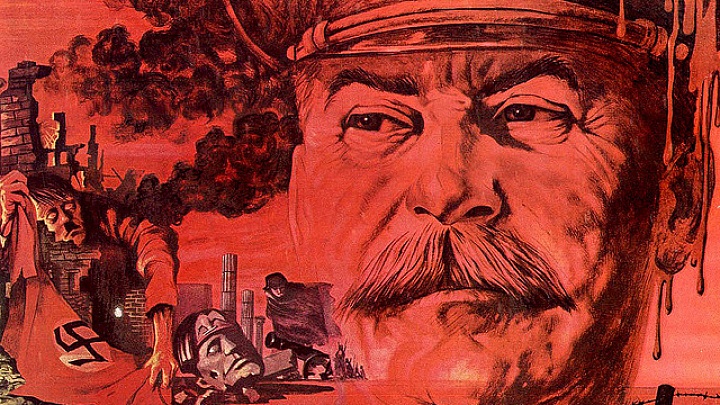 British historian Roger Moorhouse’s Devils’ Alliance is a historical study of the infamous and contentious Molotov-Ribbentrop Treaty, the brief alliance between Stalin and Hitler signed in Moscow in August 1939. This alliance between Nazi Germany and the Soviet Union lasted nearly two years until Hitler’s invasion of the USSR in June 1941.  Moorhouse’s book is an excellent investigation into not just the agreement itself, but the various ways in which the pact was implemented in Nazi Germany and the USSR. Moorhouse shows that the pact was not, as is often argued, simply a “strategic pause” in which Moscow was simply going through the motions as it prepared itself for war against the Nazis, but rather a real alliance that both parties benefited from and placed effort into implementing.

Devils’ Alliance provides light and air to a period in history that most either do not know about or want to forget.  Moorhouse points out in his introduction that this episode is ignored and in histories is often relegated to a few paragraphs, if it is covered at all.  This book is an important reminder that the Soviet Union fought on both sides of WWII. The USSR did in fact invade Poland by agreement and working in concert with Nazi Germany. It did so again with the invasion of Finland. The USSR was the enemy of the “free world” and a friend of the Axis powers for nearly two years before they became its ally.

Another point the book addresses is that, while its implementation was often troublesome and quarrels continued it was an actual real alliance, not a fiction or ruse. There was great cooperation between Hitler’s Third Reich and Stalin’s USSR and the idea that this pact was simply a delaying tactic while the Soviets built their war machine to face the Nazis is well debunked by the time Moorhouse finishes his analysis. Moorhouse elucidates his two main points in great detail by examining the treaty and its implementation across political, geographic, diplomatic, cultural, economic, and military spheres, and it is worth examining each of these in turn.

The domestic political implications of the Molotov-Ribbentrop treaty make for interesting reading. The twists and turns required within Nazi Germany and the USSR, even with the vast tools of propaganda and totalitarian oppression, in order to sell it to their respective public were not trivial.  Having spent years vilifying each other, an Orwellian instant shift was now required. The pact caused crises, often existential, among Communist parties around the world, and the ideological gymnastics demanded by Moscow’s new line were simply too much for some. The case of Harry Pollitt, General Secretary of the Communist Party of Great Britain, makes for fascinating reading. Consternation was felt and contortion was needed on the German side as well.  Hitler’s fascist ally, Italy, had a hard time adjusting to this new geopolitical reality as well.

Geographically and diplomatically, the Molotov-Ribbentrop agreement caused a great shift in the political geography of Eastern Europe. Hitler and Stalin carved up states that were not theirs to divide.  Large parts of Romania, an erstwhile Hitler ally, were sliced off and given to the Soviet Union, as with Hungary and Bulgaria.  Estonia, Latvia, and Lithuania were left to Soviet occupation, effected by force and intimidation in June 1940.  Finland resisted, but ended up losing great swathes of territory after the brutal “Winter War.”  Eastern Poland was invaded and divided between Berlin and Moscow in 1939.

It is wrong to let the Soviet Union and its successor state, Russia, own the historical narrative of the Second World War. The Soviet Union fought on both sides in the war and we dare not forget that.

The brutal process of Sovietization in these new territories was as crass a violation of human rights as anything done in 1939 or 1940 by the Nazis in their half of Poland.  The Katyn Massacre was one of a multitude of terrible crimes against humanity perpetrated by the Soviets in their newly conquered lands.  The effect, well-illustrated in the frontispiece of the book with a facsimile of the actual maps used, was to push the western frontier of the Soviet Union west by hundreds of kilometers.  The boundaries adjusted under the Molotov Ribbentrop remained in effect until 1991, and some exist to this day.

Cultural changes also make for stimulating reading, as both Germany and the Soviet Union attempted to solidify their annexes by changing whole societies.  The changes in theater and film show that the instruments of public propaganda were put to work in service of the alliance.  After his Alexander Nevsky was withdrawn from circulation, Sergei Eisenstein staging Die Walkure in the Bolshoi Theater put new meaning to “theater of the absurd.” The cultural contortions of the pact, with Russia and Germany rehabilitating each other in an effort to build its legitimacy, shows this agreement was not a paper ploy.

Perhaps the most significant effect of the pact was in economic cooperation.  Vast quantities of raw materials, including grain, oil, minerals, and rubber went west to Nazi Germany.  Finished goods and technology, including critical materiel, such as machine tools, went east.  While the economic relationship was plagued by bureaucracy and bickering at times, clear strategic benefit was achieved by both parties.  Grain and oil imports from the Soviet Union were clearly needed by Nazi Germany.  Technology imported from Germany was of great benefit to both the civil and military economy of the USSR. Soviet fuel helped invade the Balkans in 1941 and Soviet grain fed the German people. Tellingly, factory orders from the Soviet Union had the highest priority of any export orders, even taking precedence over those from Germany.

While the alliance with Berlin did feed the Soviet war machine that would later turn against it, for the two years of the pact the Nazi war machine greatly benefitted from Soviet economic cooperation. Military cooperation was part of the treaty as well.  The most glaring example was the invasion of Poland only two weeks after the German invasion. As a direct effect of the economic relationship, military technology clearly advanced in the Soviet Union. The Soviet T-34 tank made use of German technology, and the Lützow, a partially built Kriegsmarine heavy cruiser, was towed to Leningrad and sold to the Soviet navy, where it was renamed the Petropavlovsk.  A number of types of German aircraft were given to the Soviet Union. In strategic terms, the non-aggression pact freed up a large amount of German military force structure to pursue campaigns on the Scandinavian and Western fronts.

Across the breadth of the book, there are numerous references and examples illustrating the key points. Of particular benefit are the various anecdotes, personal experiences, and reminiscences from supporting characters such as interpreters that give texture and character to this interesting period in history. A picture of Antanas Smetona, President of Lithuania, wading across a stream to escape Soviet capture is one example.

Moorhouse spends comparatively little effort on the residue of this agreement after June 1941, but the bits that he does cover are interesting. Post-war Soviet sophistry and revisionism to downplay the pact and to deny the existence of the “secret protocols” are indicative of the true level of embarrassment caused by this agreement.  In fact, my only real criticism of this work is that he could have done more to examine the residual effects of the Hitler-Stalin pact to the present day.

The Molotov-Ribbentrop pact has had a deep effect on the history of Estonia, Latvia, Lithuania, Poland, Belarus, Ukraine, Romania, and Moldova.  Some of the roots of current problems in Ukraine and Moldova are directly attributable to the pact.  There is palpable irony in Putin’s Russia calling various political figures “Nazis” when the Soviet Union was an ally of Nazi Germany for some years. The most important lesson from this book is that it is wrong to let the Soviet Union and its successor state, Russia, own the historical narrative of the Second World War. The Soviet Union fought on both sides in the war and we dare not forget that, and because of this, there is no way to categorically say, “X or Y fought against the Soviet Union, so they were Nazis.”  The reality is far murkier.

Not every 300 page historical work is a gripping read, but Moorhouse’s writing style is a pleasure, and comparable to Dr. Davies’ various works.  I place Devil’s Alliance as equal to Bloodlands (Timothy Snyder, 2010) and Gulag (Anne Applebaum, 2003). Overall, this book is well-written and approachable, as one would expect from an author whose research and writing career began while working for the inestimable Norman Davies, one of the reigning giants of Eastern European history (in English). Moorhouse breathes new life into a neglected period that has implications for our understanding of modern history and continues to affect Europe today.

Dan Kaszeta has over twenty years of diverse experience in the defense and security sectors with experience in the field of chemical, biological, radiological, and nuclear (CBRN) . He was a member of the U.S. Secret Service as a Senior Physical Security Specialist in the Technical Security Division and in the Chemical/Biological Countermeasures Branch. He is an independent consultant atStrongpoint Security and author of CBRN and Hazmat Incidents at Major Public Events: Planning and Response.

A Former U.S. Army Interrogator on Why ...

American Snipers are No Cowards