A New and Personal Narrative of Who Lost Vietnam 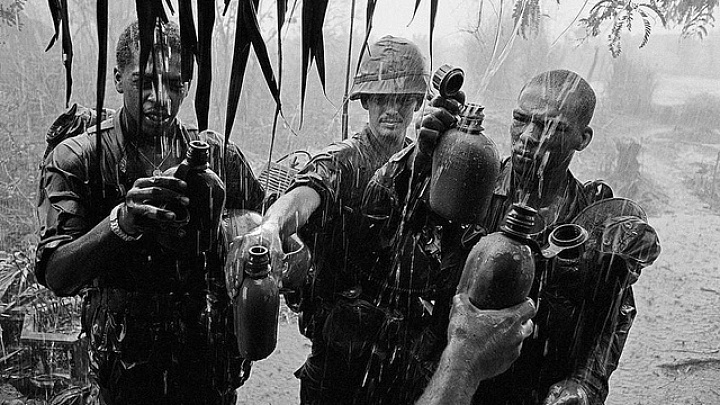 Over the decades that have passed since the Vietnam War, there has been a growing movement to turn that history into a more comforting narrative. The revisionist histories come in different versions, but broadly speaking they present the American war in Vietnam as honorable and well fought, rather than a great national mistake. In this view, blame for the South Vietnams ultimate defeat falls on faint-hearted politicians, or the antiwar movement, or Congress, or journalists, or all of the above just about anywhere, in fact, except on U.S. policy, the military leadership that carried it out, or the ally we sought to support.

The proponents of that narrative and those who believe it should read this book. Frank Scotton, the author of Uphill Battle, is unusually qualified to explain the Vietnam failure. Fluent in Vietnamese, for many years he was closer than nearly all other Americans to Vietnamese life in the countryside where the war was fought. At the same time, over those years he came to know a remarkable range of South Vietnamese military commanders and other significant figures. Uphill Battle is a personal account, not a history, but the breadth of the authors first-hand observations and experience makes a completely convincing case for his central thesis: that the war was lost because of the incompetence and political weakness of the South Vietnamese leadership. Scotton shows that the military-dominated Saigon government was never able to mobilize enough popular support or use its superior manpower and weapons effectively enough to meet the challenge of a far less well-armed but more disciplined, tenacious and politically skilled enemy. Just as convincingly, he shows that the United States, for all its military power, never grasped the true nature of the war, consistently deluded itself about what it was accomplishing, and never found a way to remedy its allys fatal flaws.

Scotton arrived in Saigon as a junior U.S. Information Service officer in 1962, and served there, not quite continuously but most of the time, for more than a decade a period spanning the whole course of the American war, from the military buildup through the gradual drawdown and the final withdrawal after the failed Paris peace agreement in early 1973. During that time, Scotton made it his mission to inspire a more effective South Vietnamese war in the hamlets, the center of gravity in the contest between the U.S.-backed government and its Communist enemy. His concept at the outset was to form and support local defense units on the model of the Communists armed propaganda teams, which would not just fight the enemy but put into visible practice a political alternative to the Communists revolutionary vision avoiding corruption and mistreatment of civilians, and winning support for the government by demonstrating that it could govern fairly and justly. The idea evolved through various organizational incarnations over the years, but the basic goal of a stronger, more capable government presence in the hamlets remained at the core of his work.

The United States, for all its military power, never grasped the true nature of the war, consistently deluded itself about what it was accomplishing, and never found a way to remedy its ally’s fatal flaws.

In pursuit of that goal, Scotton traveled extensively in the countryside, often driving alone in his jeep or riding on local buses, staying at village inns or at small government outposts. Those journeys frequently in dangerous places convinced him that it was impossible to understand Vietnam without examining the basic level where most people lived. But that understanding consistently eluded not just most American officials but also the South Vietnamese elite from which nearly all of Saigons leaders came. Without it, needed reforms were never undertaken, and their government, as experienced by the majority of South Vietnamese, remained abusive and inept.

The most toxic weakness was corruption, which not only poisoned the regimes relations with the public but badly damaged its battlefield performance as well. A Vietnamese general once told him, Scotton recalls, that he could name many corrupt officers, but not a single one who was both corrupt and an effective commander. (The general was eventually fired for his criticisms of the regime, and sent into exile.) In an analysis he wrote in 1966, Scotton explained the dynamic: There is a deadly correlation between corruption at high levels in an administrative system and the spread throughout the system of incompetence [italics in original], as higher-ups encourage and promote corrupt subordinates, and protect them from the consequences of poor performance of duty or direct disobedience of orders. The system doesnt only protect the corrupt, he went on, but also demoralizes and selects out the able and the dedicated who do not play the game, and thwarts any attempts at reform initiated at intermediate levels.

His recollections in the book give example after example of how corruption undermined the military effort. A case in point: When Scotton and a U.S. Army colleague proposed a plan for interdicting night-time river traffic coming from enemy territory along the Cambodian border into a province in the upper Mekong Delta, the province chief hemmed and hawed and finally admitted that much of the traffic was carried on by traders who had paid off officials as high as the corps commander. With a pained look on his face, Scotton writes, the province chief told the Americans that under those circumstances he could not approve interruption. (That was in 1965, just as the U.S. ground war was beginning. I read that story with a jolt of recognition because seven years later, with the American war nearing its end, I heard a virtually identical story from the national police commander in a different border province. Also with a pained expression that I bet was a lot like the one Scotton saw, the police official admitted to me that large-scale trading with the enemy occurred in his province, both by river and road, but was so well protected by high-level commanders that he could do nothing to interfere.)

The story of corruption, incompetence and poor treatment of civilians by the Saigon government is a constant from the beginning of this memoir to the end. Soon after he arrived in 1962, Scotton writes in the opening chapter, a U.S. military adviser told him that the biggest problem was that ARVN [Army of the Republic of Vietnam] plundered the rural population, so they were even more disliked than the communists. Toward the end of the book, nearly 300 pages farther on, he quotes from a report written ten years later by another U.S. adviser cataloguing corrupt practices that undermined South Vietnams military effectiveness: The soldiers monthly contribution to his commander, the buying of positions and assignments, the reluctance to relieve (not transfer) the inept, the reluctance to assign the able because of lack of schooling or position, the concern for self and not for ones men, the blatant theft of government and private property. Those and other injustices, corruption and inattention, the adviser concluded, bred the reluctance or refusal of the soldier to fight, the NCOs and junior officers to lead, and the senior officers to command.

As noted, Uphill Battle tells Scottons own story, not the larger history of the war, and there is no indication that he intended it to counter any of the revisionist accounts by other writers. But his observations are more than enough to demolish such myths as the contention that the war was effectively won before the final stage of the Paris peace negotiations in late 1972 (and that South Vietnam successfully defeated the Communist Easter offensive earlier that year, proving that Vietnamization had worked). For any reader whose mind is not invincibly closed to unwelcome facts, Scottons recollections of that period will completely explode that notion, just as the rest of the book effectively refutes the general thrust of the revisionist version of the war.

Beside those who want to revise the history of Vietnam, another category of readers who should be required to read this book are the evangelists and communicants of the present-day cult of counterinsurgency. Scottons experiences do not disprove the counterinsurgency concept, but they show its limitations in particular, that success still depends on effective local authorities up and down the governmental ladder. As one of his like-minded colleagues observed about the Rural Development (also known as Revolutionary Development) program, one of the various incarnations of the Vietnam pacification effort, Where there is good govt and good local officials, the RD program works where there arent, it doesnt. Todays COIN advocates would do well to remember that that axiom is almost certainly as valid in Afghanistan and other conflict areas today as it was in South Vietnam four and a half decades ago.

The book is not without flaws. The most glaring is an excess of unnecessary detail on bureaucratic and logistical issues, which too often slows the narrative pace to a slow plod. But even if there are tiresome passages, Uphill Battle is an important contribution to our understanding of a painful piece of history. Its lessons are not comfortable to learn, but they are necessary both for the sake of historical truth and to help avoid the same mistakes in Americas present wars that had such disastrous results in Vietnam.

Arnold R. Isaacs was a correspondent in Vietnam from 1972 to 1975 and is the author of Without Honor: Defeat in Vietnam and Cambodia.