A Double Dose of Reality on Homegrown Terrorism 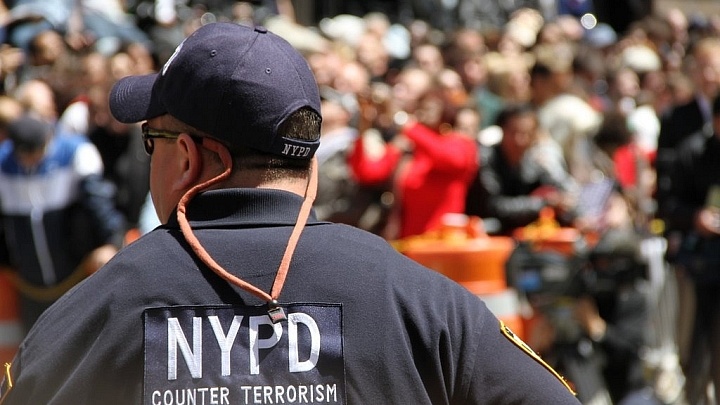 One assumes the authors did not coordinate the writing of these two books, but they complement each other in remarkable fashion. Together they provide a mass of illuminating detail on the phenomenon of radicalized American Muslims who in one way or another step into the world of violent jihad. In Objective Troy, Scott Shane focuses on Anwar al-Awlaki, the U.S.-born cleric who became the most effective recruiter of other American jihadis (he was killed in a targeted U.S. drone strike in 2011, but his writings and videos still send the extremist message). Peter Bergens The United States of Jihad focuses on the other end of the recruitment process, profiling a diverse set of Americans who were enticed by Awlaki or other extremists to join the holy war against their own country.

The two books combine to challenge some significant myths that have gained currency in Americas fevered debate on the Islamist terror threat – for example, the claim that keeping out refugees from Syria and Iraq and immigrants from other Muslim countries is necessary to protect against terrorist attacks. In fact, as these books and other studies make clear, homegrown terrorists overwhelmingly have not been recent immigrants. With a single exception (the wife involved in the shooting late last year in San Bernardino, California), none of Bergens profile subjects falls into this category. A large majority, including the Chicago-born husband in the San Bernardino case, were American citizens, most of them born in the United States – as was Anwar al-Awlaki, by any measure the most dangerous of the American jihadis. As for refugees, Bergens research shows that no one with refugee status has been involved in any jihadist attack in the United States since 9/11.

The two authors findings also demolish the notion that militant Muslims are plotting to Islamize America, a standard allegation among anti-Muslim activists. Except for a single comment musing about a ban on alcohol consumption, nothing said by any of Bergen’s subjects mentions bringing the United States under Muslim domination or sharia law. Their reason for their holy war is to retaliate for U.S. violence in Afghanistan and Iraq and its support for Israel, not a fantasy of converting America to Islam. As is clear from Shanes exhaustive examination, the same is true of Awlaki.

In the years since 9/11white supremacists, antiabortion extremists, and militants of other domestic right-wing causes have actually killed slightly more Americans than Muslim jihadists

The issue of radicalization and binladenism (as Bergen calls it) among American Muslims is central in both these books. But they pay attention, though not equally, to the U.S. side of the conflict as well. Bergens reporting on the American counter-terror effort is informative but anecdotal, presented episodically as it recurs in the different stories he tells. Shanes examination in Objective Troy is more sharply focused, concentrating mainly on President Obamas decision to approve the deliberate killing of an American citizen but with a fascinating detour on the history of drone warfare (who knew that U.S. army experiments with pilotless aircraft began way back in World War I?). Both here and in his reconstruction of Awlakis journey to jihad, Shane, who covers national security affairs for the New York Times, has done a truly masterful job of reporting. In the best tradition of professional journalism, he consistently tells readers what is known and what is not, points out when different pieces of information conflict with each other, identifies the gaps and ambiguities in the evidence he was able to gather, and scrupulously distinguishes between proven fact and analytical judgment. The result is an unassailably credible account, not answering every question or nailing down every detail but carefully compiling the facts that were possible to learn, and the conclusions that are reasonable to draw.

By comparison, The United States of Jihad is a book with a somewhat divided personality. Bergen, a long-time terrorism analyst, is well aware that the threat of homegrown terrorism has been greatly exaggerated in the public discourse, and that panicky overreaction is highly likely to make things worse, not better. Thus he periodically reminds his readers to keep the danger in proportion. In the years since 9/11, he notes, white supremacists, antiabortion extremists, and militants of other domestic right-wing causes have actually killed slightly more Americans than Muslim jihadists. (By his count, the death toll from Islamist attacks between 9/11 and the end of 2015 was 45; domestic terrorism had killed 48. If non-ideological mass shootings like the 2007 Virginia Tech massacre were included, the gap would be far wider.) Bergen also reports this startling fact: U.S. law enforcement agencies trying to trap terror suspects have organized many more terrorist plots in this country than international jihadist organizations have. His scorecard shows six operations initiated by Al Qaeda in Pakistan, two more by its Yemen branch, one each by the Pakistan Taliban and the Al Qaeda affiliate in Syria, thirty by the FBI, and three more by the New York Police Department.

The significance of those statistics and other information is clear: homegrown Islamist terrorism is not an inconsequential danger, but its not the most critical threat to American lives and institutions either. While delivering that message, however, Bergen also undercuts it from time to time in passages one guesses were meant to give his stories greater dramatic effect, as when he intones in his chapter on the Boston Marathon bombing, the persistence and deadliness of the lone-wolf threat were by now abundantly obvious. The most prominent overstatement is his title. No writer wants to play down his own story, so its unlikely Bergen or his publisher would have modified that to The United States of Jihad by Two One-Hundredths of One Percent of American Muslims, or The United States of Jihad Committing Three One-Hundredths of One Percent of U.S. Homicides. But there were certainly possible titles that would draw readers interest without pandering to their fears, and I wish they had found one.

For U.S. counter-terror agencies, political leaders and opinion-makers, the lesson should be obvious. Actions and rhetoric targeting Muslims and Islam will make us less safe

Such criticisms aside, on the whole this book is a well-researched and useful work on a subject of legitimate concern. Along with detailed accounts of specific cases, Bergen also provides thoughtful analyses of the nature of radicalization, its connection with religious beliefs, and the possible options for law enforcement and national security agencies trying to identify potential terrorists and stop them before they strike.

On that last issue, both these books lead to the same conclusion: sweeping surveillance of mosques and Muslim organizations, banning or restricting Muslim immigration, and other tactics that treat entire Muslim communities as potential terror suspects are exactly the wrong way to guard against homegrown terrorists. Nearly always, when a young man or woman is turning to extremism, the first people to see what is happening will be other Muslims – family members, friends, and religious teachers. The more those Muslims feel comfortable in American society and the more they identify with American values and institutions, the more likely they are to report a possible threat. Conversely, the more they sense that they are not accepted but seen as enemies, the more they may tend to avoid cooperating with the authorities.

For U.S. counter-terror agencies, political leaders and opinion-makers, the lesson should be obvious. Actions and rhetoric targeting Muslims and Islam will make us less safe, not safer; the best way to protect against homegrown terrorism is not to alienate but to gain the trust and cooperation of the vast majority of American Muslims who oppose violent extremism. Along with contributing significantly to the factual record, both Objective Troy and The United States of Jihad remind us, in timely and useful fashion, of that important reality.

Objective Troy: A Terrorist, a President, and the Rise of the Drone