Why ISIS is More Dangerous than Al-Qaeda 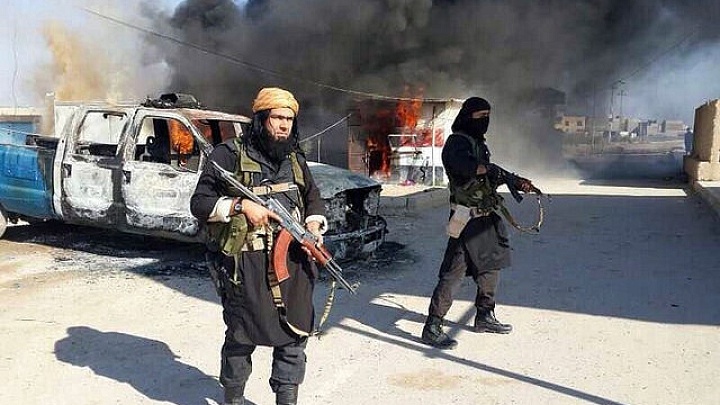 On a hot summer’s afternoon last week, I visited the 9/11 Memorial at the Pentagon. After a day of news dominated by airstrikes in Iraq, I felt this was an appropriate reminder. In silence, I walked past the 184 benches in the memorial, one for each of the men, women, and children who died in the attack on the Pentagon. They were victims of the terrorist group al-Qaeda, which had grown in power and influence during the 1990s after establishing a base in the Afghanistan mountains. Eventually, al Qaeda used the sanctuary it found there to stage an attack that reached New York and Washington D.C.

Today, the Islamic State of Iraq and Syria (ISIS) has established a base of operations, armed itself with weapons captured from the United States, and acquired at least one potential weapon of mass destruction.  Our President has decided to engage ISIS while the threat it poses is still growing. This will be difficult. He will be criticized on all sides. The President faces the same difficult choices as his predecessors. At any time, there exists a myriad of threats that, if left unchecked, could grow and eventually bring terrible pain. The good news is that, given effective leadership that garners the will of the American people, the United States can deter or defeat any one of them. It cannot neutralize all of them at once, however. Determining which threats to address now is nearly impossible to do well, but every President—and the government he or she leads—is obligated to do their best.

I know of no one who relishes a return to Iraq.  But if the alternative is the establishment of a well-resourced Islamic pseudo-state that enjoys sanctuary from which to export terrorism to the West, the wise choice is the hardest one.

They will be criticized, inevitably. In today’s hyper-politicized world, no leader gets credit for adversaries deterred or attacks prevented. Yet deterrence and prevention are infinitely better than the alternatives. On 9/11, we experienced one of those alternatives. While al-Qaeda grew during the 1990s and learned how to export terrorism around the world, there was a window when the group was vulnerable to attack. At the time, there was no way that the President could have known exactly how that threat would eventually project its will on our people. There were warning signs, but no smoking guns.

I am an Air Force pilot, and on 9/11, I was ordered to land early while flying a training mission. I still remember the profound sense of failure that I felt after climbing out of my fighter cockpit and watching the attacks unfold. In the shock of that day, it was evident that al-Qaeda had found a way to bring hate to our shores, and we had failed to prevent it. ISIS is not al-Qaeda, and we cannot know for certain if ISIS will export terror to the United States. In many ways, however, the ISIS of today is even more concerning than al-Qaeda in the 1990s. Unlike al-Qaeda, ISIS has established a true sanctuary in the heart of the Arab world, and it seems fully capable of defending this territory absent intervention from the great powers. It has captured a significant amount of weapons and supplies from the Iraqi Army (originally supplied by the United States), and these have tipped the balance of power in Northern Iraq against the Kurds, our truest allies in the region.

ISIS has also seized control of the Mosul Dam, which holds back a reservoir of water so large that it is easily seen from space. Were it to release the water suddenly, it could flood the Tigris River valley, unleashing a terrible wave of destruction. There is a scary precedent for this, as ISIS released water from the much smaller Fallujah Dam in April, flooding a widespread area extending to the outskirts of Baghdad. Like al-Qaeda, ISIS is grounded in the teachings of Sayyid Qutb, the Egyptian interpreter of the Koran.  In his voluminous essays, Qutb calls for the establishment of the caliphate, a vast, uncompromising theocracy based on strict sharia law. For Qutb’s followers, there can be no separation of the secular and sacred.  Any attempt to maintain such separation is not just misguided…it is evil and must be eradicated, even if it means the death of the faithful. While the United States is not the only country that establishes a secular government with a responsibility to protect religious choice, it is the most powerful and the most visible. Not surprisingly, ISIS leaders talk openly about attacking the United States. Given Qutb’s teachings, it seems likely that this is more than bluster.

I know of no one who relishes a return to Iraq. We have spent too much time away from loved ones, lost too much of our treasure, and seen too much blood spilled in that country already. But if the alternative is the establishment of a well-resourced Islamic pseudo-state that enjoys sanctuary from which to export terrorism to the West, the wise choice is the hardest one: To take on the group now, before they grow more powerful and capable.

Doing so will invite criticism and unfavorable comparison to previous invasions of Iraq. It will mean trying to garner support from an American people whose war-weariness is palpable. It will be tough for all involved, especially for those who must leave their loved ones, once again, and return to the heat of Iraq.

Colonel Clint Hinote, USAF, is a 2014-2015 Military Fellow at the Council on Foreign Relations. He recently commanded the 8th Fighter Wing at Kunsan Air Base, Republic of Korea and served as the U.S. Forces Korea Area VI commander for more than 7,000 Air Force and Army combat ready and forward deployed personnel.The conclusions and opinions expressed are this own and do not reflect the official position of the U.S. government.