Why Are the Religions of the West so Violent? 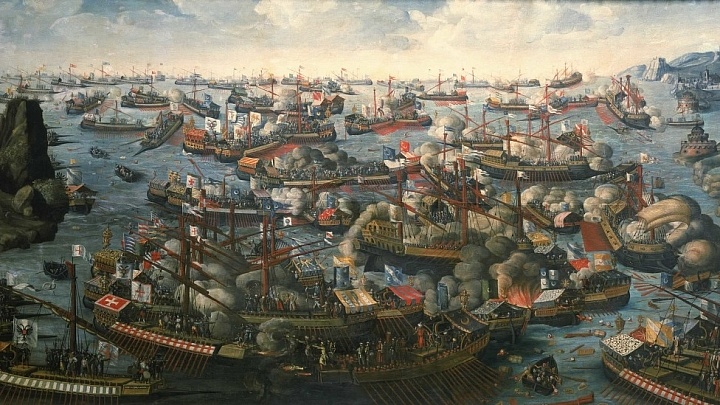 As religious conflicts continue to escalate in the world, one cannot help but concede that mankind really has not improved at all since Mark Twain called for religious indifference. But this would be a one-sided perspective, for that century-old call was really made to Westerners, most of whom were largely ignorant of Eastern cultures. That situation has since changed because of globalization. Nowadays, Westerners at large can seriously look to the East for religious guidance.

When it comes to violence, a stark contrast has always existed between Eastern and Western religious cultures. This contrast revolves around people’s conception (or misconception) of God. The Western mind is obsessed with the question of “Whose God is the true God?” and has been chasing its tail for millennia searching for an answer, often resulting in bloodshed. Its Eastern counterpart, on the other hand, finds this question irrelevant.

According to Huston Smith, a professor of religion, our world has seven major religions: two from China (Confucianism and Daoism), two from India (Hinduism and Buddhism), and three from the Middle East (Judaism, Christianity, and Islam). For discussion purposes, we shall generalize and refer to those from China and India as Eastern, since their domains of cultural influence are mainly confined to East Asia and South Asia, areas traditionally referred to as the East or Orient. Likewise, we shall consider those from the Middle East as Western, since their respective domains are primarily outside of the ‘East’ and encompass traditional notions of the Western world.

The three Western religions all share a monotheist theology, meaning that their believers worship only one God. While outwardly it may seem rather benign, inwardly this theology has a sinister side. That is because for these specific religions, God is said to possess certain human-like characteristics, some of which are more prone to violence.

Such characteristics are recorded in the Torah, a scriptural text that is shared by all the Western religions. Firstly, God is always described as masculine, implying that He has a male temperament. More importantly, He is capable of feeling certain negative emotions (jealousy, anger, hatred, etc.) and would not hesitate to act upon them. When He feels insecure about the loyalty of His worshipers, for example, He often uses threats of violence as a means to assert His authority – “I am the LORD your God… You shall have no other gods before me. You shall not make for yourself an image in the form of anything You shall not bow down to them or worship them; for I, the LORD your God, am a jealous God, punishing the children for the sin of the parents to the third and fourth generation”

Furthermore, He hates those who do not worship Him exclusively and brands them as followers of His competitor, Satan (the false God). He holds such a deep grudge against them that He commands His worshipers to ruthlessly annihilate them –

“When the LORD your God brings you into the land you are entering to possess and drives out before you many nations…and when the Lord your God has delivered them over to you and you have defeated them, then you must destroy them totally. Make no treaty with them, and show them no mercy.”

Through having a God with such a personality, these Western religions are accustomed to violence which is imbued with a sense of divine righteousness. To add fuel to the fire, they strongly disagree with one another on God’s doctrines, such as about diet, prayer, as well as heaven and hell. Similar forms of disagreement also exist among denominations within each religion. As a result, each religion (or denomination) upholds its own set of doctrines as the ultimate truth and the corresponding God as the only true God. Unable to reconcile their differences, these religions have clashed many times throughout history and into the present day.

This kind of divisive mentality has plagued the Western religions and their respective cultures for some four thousand years (since the birth of Judaism), producing relentless violence, with no end in sight.

Examples of such clashes include the Crusades (1095-1291) between Christians and Muslims, the European Wars of Religion (1524-1648) between Catholic and Protestant Christians, and the Arab-Israeli Wars of the mid-20th century between Jews and Muslims. Today we witness similar religious violence, most markedly with regards to the conflicts in Syria and Iraq.

This mentality can also be seen elsewhere. While ushering the United States into the War on Terror of the 21st century, the American president George W. Bush, a born-again Christian, declared: “This Crusade, this War on Terrorism, is going to take a while.”  He also demanded the nations of the world to take sides in this war: “Either you are with us…or with the enemy; there is no in between.” Such is the black and white mentality of monotheism – coercive, rigid, and uncompromising. Every nation, every community, every human being has to choose between God and Satan, because there are simply no other options in life.

The Western religions and their respective cultures have been plagued by this divisiveness for some four thousand years (since the birth of Judaism), producing relentless violence, with no end in sight. In contrast, the four Eastern religions and their respective cultures have coexisted relatively peacefully with one another for about the same length of time. Their histories show almost no record of any sizable inter-religious or inter-denominational conflicts. (It is worth noting that since Islam came to South Asia around 700 AD, Muslims have largely annihilated Buddhism in India and relentlessly engaged in conflicts with local Hindus, as exemplified by the Indo-Pakistani wars.) Interestingly, the common theology that all the Western religions share – monotheism – is something that every Eastern religion happens to lack.

Hinduism has many gods, suggesting that the Hindus are comfortable accepting various perspectives of the Divine. The fundamental teachings of Buddhism – the Four Noble Truth and the Eightfold Path – make no mention of any God or gods. The pivotal scripture of Daoism – Dao De Jing – is virtually devoid of discussions about deity or theology. Confucianism focuses mainly on how human behavior can affect society; it is not interested in the existence of God.

Theologically speaking, none of these Eastern religions cares to make the claim that there has to exist a “supreme being” to whom every human being must submit. Perhaps it is their indifference toward monotheism (or their wisdom to see beyond it) that has allowed them to peacefully coexist for such a long time. Such wisdom of indifference is precisely what Mark Twain believes that the West needs to learn:

“So much blood has been shed by the Church because of an omission from the Gospel: “Ye shall be indifferent as to what your neighbors religion is.” Not merely tolerant of it, but indifferent to it. Divinity is claimed for many religions; but no religion is great enough or divine enough to add that new law to its code.”

Monotheism as practiced in the West is, in my opinion, the root of religious violence, causing conflicts that have stirred our history and are still active today. To help reduce such violence, those in the West need to seriously question its value and necessity. By drawing from history, they can hopefully see the pattern that their obsession with serving the “true” God is only going to trap them in endless rounds of pointless conflict. By observing their neighbors in the East, they can hopefully also get the hint that what they believe to be “true” here is only a figment of their perception of reality. As such, it is not good enough a reason to kill, let alone to die for.

The Islamic State Meets the Laws of ...