A Former U.S. Army Interrogator on Why Torture Doesnt Work 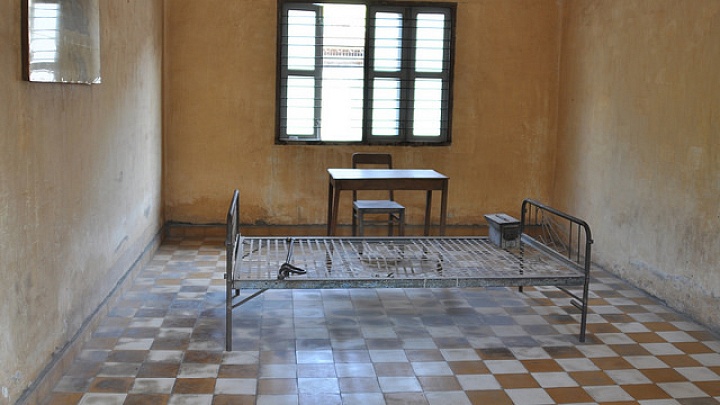 The partisan carnival surrounding the release of the Senate Intelligence Committee’s investigation of CIA detention and interrogation is frustrating. That advocates for the use of torture appear to have convinced much of the public that torture is sometimes necessary and justified is even more troubling. The arguments we hear are as old as the Republic: The Constitution is not a suicide pact; ensuring the safety of the American public sometimes requires nasty business; the men and women who participated in CIA’s detention program are patriots who did their very best under extraordinarily difficult circumstances. None of those arguments are necessarily wrong, but they are not relevant to the issue.

Like many of the report’s loudest detractors, I believe the United States is a source of and a force for good in the world. That so many people who claim to share my faith in this country have decided to defend the activities described in the report is demoralizing. The report is not without flaws, but the truths it exposes are so valuable that they overshadow any of its shortcomings.

I do not go as far as some others do in their denial of tortures effectiveness. There may very well be occasions when torture is an effective way of gaining discrete information. I will concede that. But any information gained through torture comes at the cost of so much valuable information that it does more harm than good. The problem is the reliability of any information gained. Studies and experience show that those subjected to torture are motivated primarily by a desire to stop the pain. They search for something they hope the interrogator wants to hear, something that confirms the interrogator’s expectations. That response, though compelling, is rarely the truth. Brutal interrogation methods put blinders on the interrogator. The opportunity to discover that perhaps the person does not know the information you are seeking is nearly lost when you commit yourself to using brutality.

Any information gained through torture comes at the cost of so much valuable information that it does more harm than good Our government should not be in the business of state sanctioned brutality against those who are defenseless, no matter what they have done, who they have worked for, or what they may know.

I was fortunate to arrive in Iraq after the Abu Ghraib scandal, when the rules were different. But I know from my own experience and from conversations Ive had with other interrogators and with detainees who were tortured that we all, even the most moral of people, have the capacity for brutality, and it is a far easier path to take than we think.

All the arguments proclaiming torture’s effectiveness ignore a terribly inconvenient counterargument: A smart interrogator can be much more effective without torture. I know that is true from my own success, as should anyone familiar with the interrogations that led to the killing of Abu Musab al Zarqawi, the most widely publicized interrogation success story of the current wars. Furthermore, within the scope of a long-term interrogation plan, torture raises an obvious concern: Why would a good interrogator show his hand? If you torture someone, he knows exactly what you are after, exactly what you think is important. If you conceal your primary interest in a line of questioning about numerous things, he is left guessing what information you really need.

I feel sympathy for the people who used and authorized brutality in the detention programs. I was not in their position, and I do not know how I would have acted. I know the pressure, frustration, and temptation that leads interrogators and decision-makers to think torture is necessary. I would hate to hear people, many of whom never served, describe actions I had taken under great duress and on behalf of the American people as un-American, immoral, and unconstitutional. But they were. The report shows that, and we must accept it.

More frustrating than the argument that torture is effective is the argument that it is justified when applied in response to a supreme emergency. There is no justification for inflicting pain on the powerless, and there is no justice in abject cruelty.  We must come to terms with the moral costs of these actions, and while we might praise the intent and hard work of the interrogators, we cannot take pride in what they did.

Christians believe that Christ was tortured to death in a sacrifice necessary to grant humans the opportunity to fully accept grace. If true, it is an indictment of humanity as much as it is a saving act. Indeed, those who find the crucifixion story preposterous base their incredulity on the notion that a powerful and benevolent God would not condescend and allow such an evil to occur. Yet no one challenges the proposition that human beings would torture to death a perfectly innocent man in an act of hatred, distrust, and fear. We are naturally capable of extraordinary cruelty against the helpless. When we fail to rise above the temptation to inflict brutality on our captured enemies, it is because we are only human.

In The Brothers Karamazov, Dostoyevsky challenges the justifications offered for human cruelty. In a moving passage, a deeply philosophical character, revolted by the behavior of humanity, criticizes the deep faith of his brother, who is convinced that human beings exist for love: “Imagine that you yourself are building the edifice of human destiny with the object of making people happy in the finale, of giving them peace and rest at last, but for that you must inevitably and unavoidably torture just one tiny creature, and raise your edifice on the foundation of her unrequited tears—would you agree to be the architect on such conditions?” It is a rhetorical challenge; the answer is clear. No society claiming such an act as the basis for its peace and happiness could rightly be called just.

America was not founded in innocence. The sins of slavery, ethnic cleansing, and systematic racism were nearly as central to our founding as the Revolution. The conflict between intrinsic human worth and the fear that its recognition conflicts with a safe and prosperous society is on display in the Declaration of Independence and the Constitution. But through a long struggle, we have come to agree that our founding documents are essential to the promise that we rise above the Nation’s sins and failings to create a society of uncompromising justice for all. Over one million Americans have died fighting for that promise. We have killed countless others defending it. Those deaths burden us with a responsibility we cannot relinquish without rejecting the premise of the entire American project. As Senator McCain reminded us on December 9th, “[W]e are always Americans, and different, stronger, and better than those who would destroy us.” We must be better, because we owe an enormous debt to those who have sacrificed everything for us.

Our government should not be in the business of state sanctioned brutality against those who are defenseless, no matter what they have done, who they have worked for, or what they may know. Many reasonable people who want nothing more than peace and security disagree. They say people like me are naïve, hopelessly idealistic, and soft. I know America has violent and dedicated enemies. I have met many of them. I know we must defend ourselves against them and dedicate ourselves to the destruction of their toxic ideologies. But we must not lose our identity in the process. We are Americans and we have a unique place in this world. We are duty-bound to reject the promise of a peace founded on cruelty.

William Quinn served as a U.S. Army interrogator from 2001 to 2006. He later served as an Army logistics officer and is currently a student at the University of Michigan Law School.