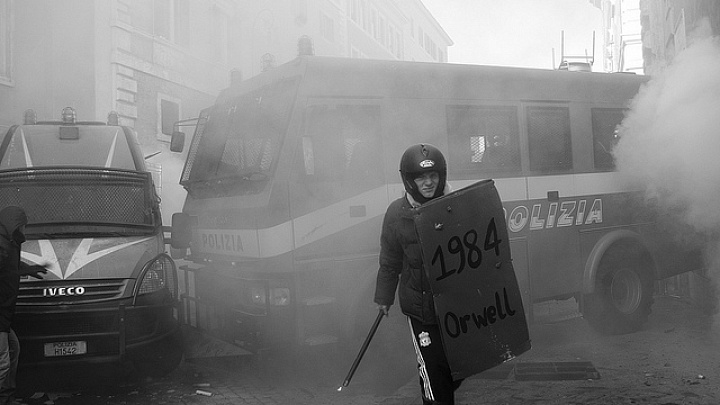 In his celebrated recent book of short stories, Redeployment, Phil Klay takes the imbroglio that was the Iraq War and turns it into the pulsing sum of very individual experiences. His characters do not necessarily understand the entirety of the situation any better than the typical reader, but, assembled as they are in this book, they assume a collective force that at its best facilitates an appreciation of just why the invasion and occupation were so difficult to get a handle on.

The effectiveness of the effort, along with the chord it struck with the general reading public, puts into stark relief that, as a military operation lasting for almost eight years, Iraq has until recently had a curiously flat impact on the broader American culture. With this book (alongside, in another medium, the recent success of the film American Sniper), it seems the mood may be shifting.

Klay does not portray his characters through rose-tinted glasses, which helps the verisimilitude of his stories. And he can be very funny, which helps the readability of them. The priest serving as a chaplain for a combat arms company (in “Prayer in the Furnace”), the Foreign Service officer trying to get a water treatment plant back up and running somewhere north of Baghdad (in “Money as a Weapons System”), the guy who’s served as a Mortuary Affairs Officer in the Marines (in “Bodies”), which means he was an administrator for the dead, and the soldiers in various states of the deployment/redeployment cycle—these characters whose values have been compromised, and who want badly to see things in black and white, but can’t. They commit very human transgressions that make them relatable, and in doing so give the Iraq War a universality which it has been largely missing up until now.

Writers write what they know, and today most Americans, writers included, do not know the Iraq war very well. Writers like Hemingway and George Orwell sought war out as fodder for their work. Whether fighting or not, these writers existed thoroughly within history.

World War II and to a lesser extent Vietnam, on the other hand, became cultural touchstones out of the gate, so enduring that even the generations that came long after apparently have not exhausted the material. To wit: Philip Roth’s The Plot Against America, which imagines an alternate history in which FDR is defeated in 1940 by Charles Lindbergh, with attendant geopolitical implications; Ian McEwan’s Atonement, a 21st century novel of unrequited love and guilt in wartime France and England; Jonathan Littell’s The Kindly Ones, controversially narrated by a Nazi SS officer; most recently, Martin Amis published The Zone of Interest, a love story set at Auschwitz in the early 1940s—amongst the Nazis, not the prisoners, another controversy. Even some novels we think of as World War II classics actually belong to later a decade. Catch-22 was published 16 years after that war ended, and Slaughterhouse Fivea full 24 years later, in 1969. Gravity’s Rainbow brought us into the postmodern era by recycling the same subject matter. Denis Johnson’s Tree of Smoke, about Vietnam, came out in 2007 to wide acclaim and won the National Book Award for that year.

The relative lack of literary interest in Iraq reflects a culture that does not come up against the topic in any direct way very often. Writers write what they know, and today most Americans, writers included, do not know this war very well. Without the national draft, which ended in 1973 toward the end of the Vietnam War, entire segments of society do not know anyone who has served in Iraq. In fact, less than half a percent of the population currently serves in the armed forces, while during World War II, a full 12 percent of Americans did so. Those who do serve are drawn disproportionately from the less privileged classes, which are also less likely to be those determining our cultural output.

When I think about the Iraq War, I think of grad school. As the war started in 2003, I was in my first year of a Master’s program at the New School for Social Research, an institution that leans far left and thus had a student body that felt obliged to protest the war, even if its heart was not really in it. This is to say that when I think of the Iraq War, I think of people whose lives were not directly touched by it. Joan Didion called this kind of perspective “surviving outside of history.” She was, incidentally referring to privileged kids at Berkeley in the 1950s (in the essay “On the Morning After the Sixties”), but it’s particularly apt today.

In previous times, writers knew war, a fact driven home time and again as I researched my book, Process: The Writing Lives of Great Authors. Joyce had to leave Italy in 1915—most of his students had gone off to fight, and he relocated to neutral Switzerland to wait out World War I. Edith Wharton stayed put in Paris for the duration of that war, undertaking a number of humanitarian efforts. Nabokov was forced to flee not one but two major wars in his lifetime. Kafka was drafted but never served. Other writers, notably Hemingway and George Orwell, sought war out as fodder for their work. Whether fighting or not, these writers existed thoroughly within history.

As has Phil Klay. He served in Iraq as an officer in the U.S. Marine Corps in 2007 and 2008. Prior to it, he graduated from Dartmouth, and after it he earned an MFA in creative writing from Hunter College in New York City, making him uniquely qualified to present the Iraq war to a broader cross-section of America. For most other writers today, there are events that preempt interest in the wars themselves. One need only compare the thin totality of Iraq literature to the 9/11 novel, which became a foregone conclusion before any 9/11 novels existed. “9/11 was so unanticipated and traumatizing that when we peer into almost any novel written after 2001, we see 9/11 staring back,” wrote Jimmy So in the Daily Beast. Don DeLillo, Colum McCann (who was Klay’s mentor at Hunter College), Jonathan Safran Foer and Joseph O’Neill all lived in New York City in 2001, and are just some of the more prominent authors to subsequently pen novels about that event. Others include Mohsin Hamid with his novel The Reluctant Fundamentalist and Claire Messud with The Emperor’s Children. It’s fair to say that the World Trade Center attacks saturate our literature, a central cultural reference point even 13 years on. Now quick, name just one Iraq War novel.

There were, in fact, a couple that preceded Klay’s work. In Billy Lynn’s Long Halftime Walk, Ben Fountain tells the story of a soldier home from Iraq, being celebrated as a war hero at a football game at Texas Stadium, where the Cowboys used to play. And in Saturday, Ian McEwan moves on from World War II to place a novel against the backdrop of a 2003 Iraq War protest in London. In the 2012 novel The Yellow Birds, Kevin Powers, like Klay, draws his own experience serving in Iraq. And George Saunders writes brilliantly about an Iraq vet with PTSD in the short story “Home.”

But it’s Klay’s Redeployment that has made the jump from literary acclaim to a more general popularity. (Anecdotally, I’ve noticed that Redeployment has not-necessarily-bookish adult men reading fiction again.) And if our literature is a reflection of our politics—if, at the very least, it serves as an indicator of our ever-evolving principles—then Redeployment’s bestseller status and recent National Book Award may be a sign that Americans are beginning to see the Iraq War as a historical event worth grappling with.

Sarah Stodola is the author of  Process: The Writing Lives of Great Authors (Amazon Publishing). A writer and journalist who has contributed to theNew York Times, Wall Street Journal, and Daily Beast,among others publications, she founded the literary journalMe Threeand served as an adjunct scholar forLaphams Quarterly. She is currently the editorial director of Strolby.