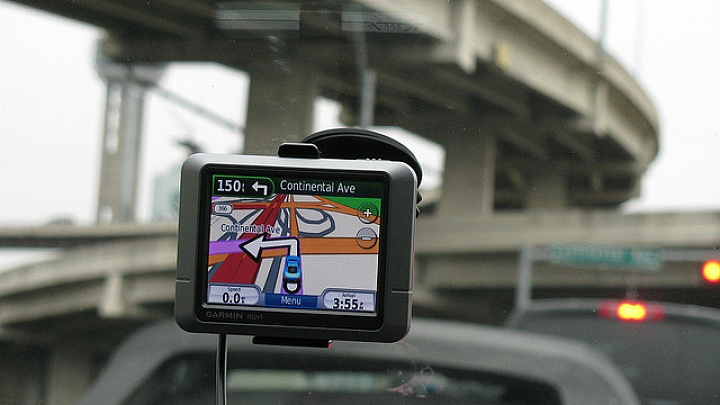 Whether it’s finding our way around with the help of a GPS, sending large files through e-mail, or flying across the country, we all benefit from technologies that were originally developed for military use. Our lives would be very different without inventions such as the Global Positioning System, network packeting, and the jet engine. These “dual-use” technologies have proven to be winners in both military and commercial contexts—they help us to fight better and live better. As we look to the future, we will undoubtedly see many more of these technologies emerge. The predominant path for their development, however, is changing in a profound way.

During the Cold War, military technology programs drove many commercial successes. The most likely path for an emerging technology to reach our daily lives was for it to be nurtured through government involvement. Early investments by the Department of Defense helped to decrease risk, promote standardization, and create markets for these technologies. Once the technology matured past the “pre-commercial” state, it could be adopted for wider use.

This was the path of the integrated circuit. In 1958, Jack Kilby of Texas Instruments figured out how to make very small circuits out of semiconductor material. Although it was apparent that this was a breakthrough, other commercial vendors did not immediately move to adopt Kilby’s invention. The Air Force, however, was very interested, as it desperately needed ways to make computers smaller and lighter so that they could fit on airplanes, rockets, and weapons. By 1961, the Air Force had applied Kilby’s ideas to create the first computer using semiconductors, and integrated circuits were integrated onto Minuteman missiles in 1962. This early investment decreased the risk for Texas Instruments and brought the cost down dramatically. In less than a decade, the cost per circuit dropped from over $50 to around $2. Once this happened, commercial industries could experiment widely with the circuits, and they would eventually form the basis of computers, televisions, radios, and many other devices. Today, we come into constant contact with integrated circuits embedded in refrigerators, clocks, and coffee makers, and we don’t even think about it.

This typical flow from military to commercial use meant that government exercised considerable power as it directed investment to the most promising technologies. Throughout the Cold War, the Department of Defense and the military services built comprehensive and well-resourced investment plans to nurture these technologies. In the mid-1960s, the U.S. government was spending close to 12% of the total federal budget on research and development (R&D), and the total outlay was considerably higher than that spent by private industry. This meant that the power to focus resources on certain technologies was confined to a small number of decision makers, and the most consequential of these worked in government.

Today the situation has changed radically. The total federal spending on R&D has fallen to 3-4% of the budget, and private industry spends much more than government does. In addition, the access to knowledge made possible by the digital revolution means that people have the power to discover and innovate in ways that only the government, large companies, universities, and government-funded research labs enjoyed in the past. In today’s  environment, technological advances occur in a much more decentralized way, and the balance of power between institutions and individuals is more level than ever.

This does not mean that the military-to-commercial path is obsolete. The Department of Defense still invests sizable amounts in R&D, and the wider public will continue to enjoy the spinoffs of this research for years to come. It is increasingly likely, however, that some major breakthroughs will follow the opposite path—flowing from the commercial sector into the military. To be sure, this path has been journeyed before. The military did not invent the telephone, combustion engine, or Power Point, but it has certainly adopted these inventions. The differences today are that the pace of technological advance is very fast, especially on the information-to-knowledge frontier, and relevant innovation could come from almost anywhere.

This means that, in addition to driving a portfolio of investments in high-dollar, militarily-relevant technologies such as hypersonic flight and directed energy, the Department of Defense must find a way to react rapidly to technological change. This represents a fundamental challenge to a large bureaucracy. If there is some good news, it is that DoD leaders are recognizing the need. For example, the Air Force Chief of Staff, General Mark Welsh, asserts: “As the pace of change across the globe quickens, many of our processes and paradigms will be made obsolete. The Air Force’s ability to continue to adapt and respond faster than our potential adversaries is the greatest challenge we face over the next 30 years.”

To meet that challenge, the Department of Defense will have to learn how to react in a systematic way to the new environment. We will need to institutionalize our ability to react to technological change. It is increasingly apparent that we should assume technological innovation will come at us rapidly, from unexpected sources in unexpected ways. Our job will be to recognize and adopt key innovation at a pace that maintains our relevance in the global competition for hard power. We should acknowledge that this is outside our comfort zone, and that we are going to need outside help. We are going to need help from Congress to allow for increased flexibility in acquisition and cooperation with friendly organizations around the globe. We are also going to need help from the commercial sector to increase our understanding of what is possible in a fast-moving world.

Most of all, we are going to need help from our young people in the department—soldiers, sailors, airmen, Marines and civilians—who are well-suited to bridge the gap between the commercial and military worlds. As these young people come to us from all corners of our society, they bring a true “dual-use” capabilities—to think, connect, apply, and innovate—that will allow us to stay strong in an ever-changing world. Our first priority must be to find ways to bring their revolutionary perspectives to our toughest problems.

War in the Eyes of an Engineer

A Conversation with Christian Appy on the ...