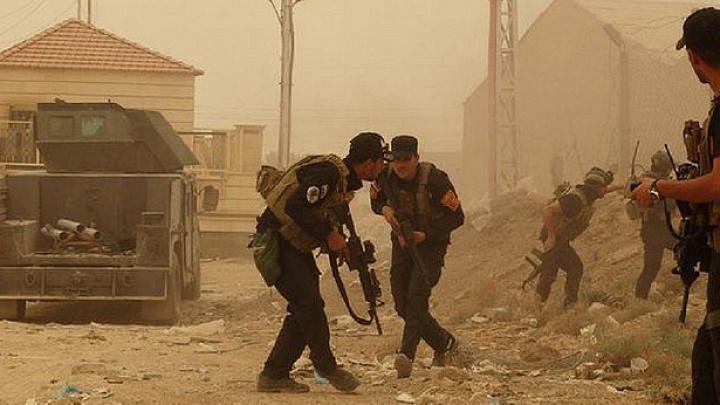 The evidence would suggest that a high value target (HVT) operation by the CIA and Joint Special Operations Command (JSOC) is underway against ISIS. With the conventional war against ISIS making tenuous physical gains, both organizations are reverting back to what worked well for General McChrystal in Iraq to counter al-Qaeda nearly a decade ago. But based on the CIA’s own internal review documents as well as the literature produced by those who understand ISIS’ esoteric nature, this strategy seems likely to fail at best, and horribly backfire at worst.

ISIS has a clear goal that is interpreted from the Quran and Holy Scripture. Changing such a goal would be completely and utterly “haram” for the group and would therefore nullify its supposed moral authority. Furthermore, ISIS already commits crimes at least those that violate Iraqi and Syrian state law for economic and political gain. Therefore, a HVT program would not effectively alter the nature of ISIS in this respect.

ISIS has a top-down leadership structure that centers on Abu Bakr Al-Baghdadi as the Caliph of the territory known as the Islamic State. As Caliph, he must be known to the Umma the Muslim community if ISIS is to be taken seriously. Pushing the group underground appears impossible without a more substantial force -something that is politically and strategically untenable for the U.S. ISIS will not be uprooted through HVT operations since its legitimacy as an organization is based upon its ability to control territory, people, and to provide essential services, as it does now.

Yes, killing Abu Bakr al-Baghdadi could deal a major blow to the organization, but there are othersready and waiting to claim the role of Caliph. While very few men are religiously valid options in other words, they do not share the Prophet Mohammed’s lineage it is unknown whether someone else would be accepted as leader of the group by the rank and file. Some could argue that taking anyone with a valid claim to the role of succeeding caliph off the playing field would delegitimize the organization itself, since it relies on Quranic scripture for its validation as the one true Caliphate. But in a campaign of unknowns, this is one of the biggest, and leaving Baghdadi in place may be the best option.

The Islamic State knows no factions; ISIS is simply ISIS.Anyone who is not them is either apostate (including al-Qaeda, the Taliban, Shiite Muslims, and non-Muslims – unless they convert) or non-aligned and marginalized.

Again, Baghdadi is rarely seen in public and yet he is revered as the Caliph. Nobody who is a believer in the Islamic State needs to see him; he is ever present to them all.

This point hits the nail on the head. Not just within ISIS, but many similarly-minded groups consider any fighter killed in combat to be a martyr, and someone to be taken after and revered. Further, the Shia-led government in Iraq is considered apostate by ISIS, a fact which also emboldens them and their Sunni Muslim base, which also explains why the Iraqi Army is relatively useless if not altogether non-existent.

Agreed to a point, but what broader counterinsurgency strategy? We still don’t have a clear understanding of how ISIS operates internally. Whether American or Iraqi the latter of which we seem to have too little contribution from there doesn’t seem to be a structure for any type of soup to nuts strategy to mitigate the Islamic State’s damage. Until then, whack-a-mole is the name of the game, and the U.S. is playing.

In general, American leadership is treating the Islamic State more like a terrorist organization than they are an institution that seeks to control territory, hold it, advance and repeat. As Stephen Walt recently pointed out in what will likely be a controversial argument in Foreign Policy, ISIS is behaving much like many modern states did in their infancy ruthlessly carving out their piece of the pie and becoming internationally institutionalized over the long haul.

It is arguable, if controversial, that if we had taken the fight to ISIS before it congealed into what it has become today it would have made a difference or a different beast would have emerged. Hindsight suggests more could have been done to deal with the militant power vacuum in Syria where ISIS was forged. What we face now is a dug in, well-funded, well-trained, and well equipped group that, like it or not, is functioning as a state in borrowed territory. It is not the decentralized, underground, nebulous group that al-Qaeda is and that we could “HVT” into relative submission.

Further, removing al-Qaeda from the battlefield was often done in places where the U.S. had an authorization for ground combat. As of now, President Obama is very reluctant to do such a thing in Iraq or Syria, nor would he have the political backing to do so save for a few wily Congressmen. That leaves the Iraqi Army in all its defunct glory and Shiite militias to take charge of such efforts.

What’s left is the strategy that no one seems to have the stomach for: the long, hard work of infiltrating the group, learning its supply chain, how it recruits, its logistic structure, leadership succession, and other subjects of interest. In the meantime, maintaining, as Barry Posen puts it, “a loose ring of containment around ISIS”, which will likely be held up by regional forces with increasing diligence as ISIS moves closer to their borders, is the best strategy we have at the moment.

Killing or capturing HVTs is a tactic, not a strategy. As such, it has a place within a broader strategy to deny the Islamic State its legitimacy, but only after America and its allies have done their homework. Unfortunately, they haven’t even shown up to class yet.