We Still Need to Defeat Assad, Not Just ISIS 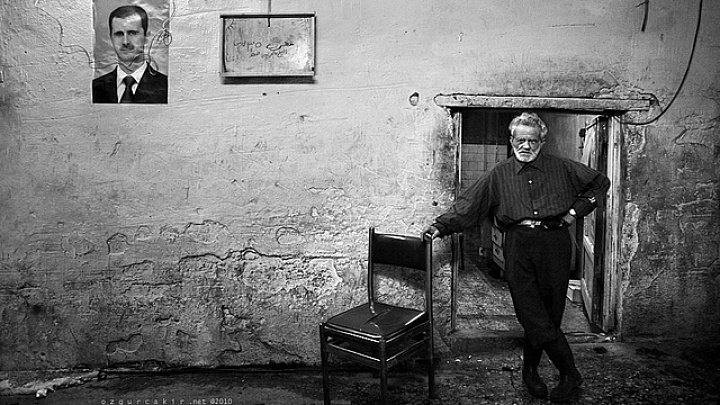 An argument making the rounds is that the al-Assad regime would make the most effective ally for the United States to partner with in the fight against ISIS. This is both laughable and duplicitous. Consider the upshot of the past three years: The Syrian army has been overstretched to the point of near defeat in several areas previously under its thumb. It has relied on crude airpower in the form of barrel bombs in the north, partly as a function of its collective punishment strategy but partly because it lacks reliable intelligence and disciplined ground forces there capable of carrying out more discriminate attacks. Even further away, in places like Deir Ezzor and Raqqa, it has relied on para-statal militias because its own armed forces are stretched so thin. How exactly would Assad’s forces, which cannot even control the suburbs around its capital, much less Syria’s largest city, Aleppo, be a reliable partner in the war against ISIS again?

Assad long ago lost “effective control” of his state. Once he gassed his own civilians, he lost the cloak of sovereignty – sham elections aside –as well as the prospect of achieving some form of legitimacy by entering into a coalition with the U.S. The “enemy of your enemy” line of logic, akin to our alliance of convenience with Stalin against Hitler, does not apply here. Assad cannot be presented credibly as a secular lesser of two evils who does not wish our destruction, unlike ISIS, which presumably does. This is about which army we should partner with to repel – we cannot destroy it – ISIS. It’s a question of whose boots do we want on the ground? And we don’t want Assad’s. Heres why:

First, let’s assume Assad is a reliable partner and we can work with him through intermediaries (like Russia, with which we don’t exactly enjoy chummy relations). His goal is hardly aligned with ours. The destruction of ISIS means that he becomes Enemy Number One again, not Islamist radicalism. Assad’s ace in the hole is ISIS’ presence on his soil, which makes him necessary and a useful bulwark against extremism.

Our goal should be an Iraq free of ISIS and a Syria free of Assad. Much blood will be spilled to attain both. But we should not cut a deal with the devil to achieve the former but not the latter.

Second, the type of force Syria employs is not something we can or should endorse. He has shown little distinction between civilians and combatants. He would presumably raze Raqqa the way his father leveled Hama in 1982. The destruction of ISIS is not worth the murder of tens of thousands of civilians and untold destruction. I want my kids, like me, to be able to take in Aleppo’s citadel or the ancient ruins of Palmyra.

Third, let’s say Assad were successful and, backed by an unholy coalition of Hezbollah and Iranian Quds forces, is able to rout ISIS. Would they just sink into the sand? No, they would retreat either into Iraq, further destabilizing Iraqi Kurdistan, or flee across Syria’s porous border with Turkey (or Lebanon). This would risk destabilizing the entire region. However, if U.S.-backed allies defeated the group, through its partners we could better prevent the group from slipping across borders to fight another day.

Moreover, if Assad were able to rout ISIS forces, it would symbolize a huge swing in the war’s momentum. He would go on to crush the rest of what’s left of the disparate insurgent elements in Syria. Buoyed by his conquest of Syria’s north, expect whole neighborhoods of Aleppo to be razed to the ground. Syrian-sponsored terrorist attacks in places like Lebanon would pick up , since without chemical weapons as a deterrent, Assad would need to assert his power in the region with other lethal means. And his victory would embolden Shia leaders in Iraq and reduce their incentive to negotiate with Sunni tribes ostracized by Baghdad. ISIS would die, but its ideology would live on in the hearts and minds of all Sunnis (and other excluded minorities). Finally, our siding with Assad would tip the regional balance of power toward Iran, and set the stage for further inflaming the conditions necessary for proxy-style conflicts between Riyadh and Tehran.

So what are our options? The policy put forward by President Obama and Prime Minister Cameron is to summon NATO allies to fight ISIS together with local ground forces (France has already begun airstrikes). NATO was successful at routing Qaddafi forces in Libya, which far outnumbered those of ISIS. While the alliance’s success rate against non-state actors – i.e. the Taliban – has been mixed at best, with no appetite for American boots on the ground, and no precedent for a capable, disciplined or unified Arab force taking on a force like ISIS, the only other option is limited targeted airstrikes, which will kill civilians and cannot reclaim territory. Another option is to partner unofficially with Iranian forces, which de facto is already taking place. Many analysts, including former ambassador James Jeffrey, dismiss this option because of Iran’s spoiler role in Iraq. But this assumes that if we do not include Iran, then that will somehow weaken its influence in a post-ISIS Iraq or Syria. This may be one of those cases where it’s better to have them inside the tent doing their business than outside the tent. Moreover, if we bear all the grunt work of taking out ISIS, it will mark the third time in thirteen years we have taken out a sworn enemy of Tehran. Pretty soon, Iran will have to give us with some kind of lifetime-achievement award. Letting Quds forces bear the brunt in the fight against ISIS is a twofer that kills – or at least mortally wounds  – two birds with one stone.

A final option to consider is to more seriously arm and train the reported tens of thousands of military defectors residing in camps across the border in Turkey. Through the Military Operations Command, we are already doing this to some degree. With Saudi and CIA assistance, we are also currently training “vetted” rebels in Jordan. But to seriously destroy ISIS and then dislodge Assad, which is a big “if,” will require local ownership, a throwback to the 19th century arguments advanced John Stuart Mill and others that revolutions cannot be forced upon people unready or unfit to rule (see Maliki’s Iraq or Karzai’s Afghanistan). As Frederic Hof and  Robert Ford have pointed out, there is still a credible and secular opposition in Syria willing to fight, and they are not all farmers and bakers. To be sure, they will face a two-front war, which is all the more reason the U.S. and its NATO allies need to provide the necessary training, financial resources, and weaponry to assist them. We don’t need to vet every single rebel to check their anti-Islamist credentials. This is not a rerun of Soviet-era Afghanistan, a canard trotted out by every anti-interventionist. We should be sequencing our strategy to take out the immediate threat of ISIS, followed by the larger threat of an Assad emboldened by a weakened opposition.

Grand strategy is about enacting policies to achieve military goals under certain constraints (military effectiveness, public opinion, etc.). Our goal should be an Iraq free of ISIS and a Syria free of Assad. We should not cut a deal with the devil in Damascus to achieve one and not the other.