Want to Save the Defense Budget? Kick Those Nasty Habits 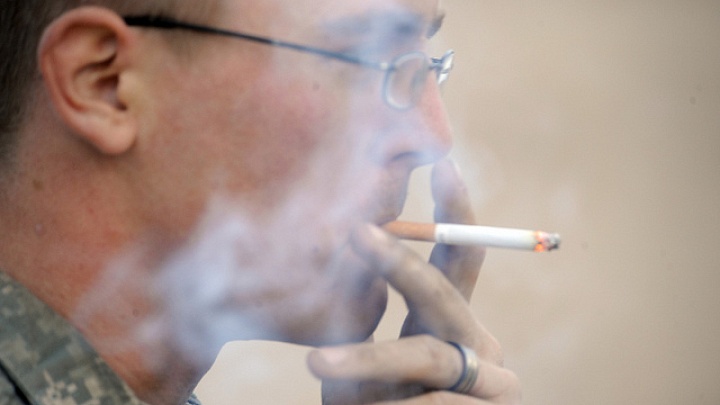 In the big picture of 2015, the US military is facing a complex, demanding, and significantly resource-constrained national security environment.  The world is changing, but certainly not calming. Nonstate actors such as ISIS, the Syrian conflict, Iran’s nuclear program, Russia’s invasion of Ukraine, China and the pivot to the East, Afghanistan, Iraq, and North Korea are just a few issues America must grapple with.  Sequestration budget issues have not yet been settled, leaving a potential $500 billion bogey on the cutting board over the next decade, while at least $20 billion in maintenance of war-weary planes, ships, submarines, tanks, and vehicles has been withheld this year alone. US military forces are concluding more than thirteen years of the highest operational tempo since World War II, resulting in significant readiness, retention, maintenance, and physical and mental health challenges.

Even though the demand signal remains high, a reduction in personnel is expected, requiring even more of the remaining force structure. The bottom line for our Active Duty and Reserve personnel and their families is that they must continue to do more with less. As then-Secretary of Defense Chuck Hagel said in 2013, “any serious effort to reform and reshape our defense enterprise must confront the principal drivers of growth…namely acquisitions, personnel costs, and overhead.”  Such challenges demand earnest introspection, commitment, and innovative solutions.  One significant personnel cost reduction solution could be found through the promotion and encouraged improvement of health for all defense personnel active duty, reserve, retirees, and their families.

Can improving health really have a significant impact on our national security budget and warfighting capabilities?  The answer is yes.  Here is why: Military healthcare spending is the single largest, uncontrolled cost in the defense budget, rising from 6.5% ($19 billion in FY2001) to nearly 10% ($47.4 billion in FY2015) of the base budget.  The Congressional Budget Office projects that these costs will reach $65 billion by 2017 and $95 billion by 2030.  Now, when you consider that more than 75% of these healthcare costs are due to preventable chronic diseases such as heart and respiratory disease, stroke, and diabetes, you may begin to see where this discussion is headed.  Four common health-damaging, but modifiable behaviors—tobacco use, insufficient physical activity, poor eating habits, and excessive alcohol use—are responsible for much of the illness, disability, premature death and costs related to chronic disease.  And these same behaviors are and will continue to compete with, and be responsible for significantly reducing the funds available for national security.

And there’s more.  When one combines more than a decade of relentless operational tempo and its related healthcare costs with an increasing national trend in overweight and obesity rates slowing the growth of the healthcare spending wedge in the defense budget is even more challenging.  Currently,12% of active duty service members are obese based on height and weight – an increase of 61% since 2002.  Obesity among our military and their families is costing our defense budget well over $1.5 billion a year in health care spending and recruiting replacements for those who are too unfit to serve.  Translated to warfighter speak: The tooth/tail ratio of our nation’s Dragon is quickly moving in the wrong direction; the tail may soon be so heavy the teeth will be rendered harmless.

Military healthcare spending is the single largest, uncontrolled cost in the defense budget. Simply stated, Defense leaders must institute a culture change that slows and then reverses preventable healthcare costs.

Now, if we were to focus for a moment on the single worst enemy of health (and thus highest cause of rising healthcare costs, the most ferocious thief of defense funds) in our DoD family, it would be tobacco use.  Here are a few facts from a 2013 report. Close to half of all service members used a nicotine product in the past 12 months.  Nearly a quarter of active duty personnel (20% of VA enrollee population) reported currently smoking compared to 19% of civilians and the rate of smoking in the U.S. Marine Corps is nearly 31%.  In fact, in 2009, DoD spent more than $1.6 billion on tobacco-related medical care, increased hospitalization, and lost days of work.  Finally, tobacco use reduces physical fitness and endurance; makes personnel more likely to drop out of basic training; to sustain injuries; and have poor vision – all of which compromise readiness.  And yet servicemembers, their families, and retirees still “profit” from selling tobacco products at very low prices (and tax free) in our Military Exchanges.

So, what can we do to change momentum and direction?  It will take a combination of strategies: Encouragement, education, positive motivations, and ultimately negative incentives eventually making those that refuse to improve their health pay more for their increased health care costs.  Simply stated, DoD leadership must institute a culture change that slows and then reverses preventable healthcare costs.  The DoD must make this culture change a strategic warfighting initiative and a requirement for all active duty, reserve, families, and even retirees.  The Military Healthcare System (MHS) has excellent health, wellness, and prevention programs that can and should be used to facilitate this initiative, but this effort must be established by and seen as a warfighter leadership priority.  Doing so will show its criticality to national security, establish clear expectations, and ultimately lead to a clear win/win.  Operational readiness, health, and quality of life will improve – while the dividends accrued via lowered healthcare costs can be shifted to defense priorities in an increasingly deficit-sensitive and dangerous world.  This effort will require tremendous startup energy to overcome the inertia of complacency (and in some a sense of entitlement) and will take nearly a decade to become fully implemented – but it must be started now.  So where do we begin?

Led by the Secretary of Defense and the Service Chiefs, DoD must first design then announce, strategically communicate, and systematically spearhead a “Health Promotion Strategic Readiness Initiative” focused on established, scientifically-based health promotion and psychological fitness methods to encourage improved lifestyle changes and lower healthcare costs.  This initiative must establish strategic, operational, and tactical program goals, metrics, and a timeline for each intended audience.  It must also include a tailored public education outreach program, expanded physical fitness training facilities, no cost membership fees for family members and retirees, and face-to-face and on-line training programs.  Numerous scientific studies show that comprehensive worksite health promotion programs focused on lifestyle behavior change will result in a return on investment in medical costs of $3 to $6 for every dollar spent on health promotion.

DoD must also make it clear from the onset that a transition from positive to negative incentives will be used over the life of this initiative – the endpoint being that those who refuse to take responsibility for their personal health will pay their fair share in proportionately increased healthcare fees.  If you smoke, you will pay more.  If you are overweight, you will pay more.  If you smoke and are overweight, you will pay even more. This model has been used for decades for setting the cost of life insurance premiums; it must be implemented for DoD healthcare cost control.

Why is all of this so important?  Taking action now will improve the readiness, health, fitness, and quality of life of all our personnel.  In addition, DoD can stop the growth, then incrementally reduce the proportion of our nation’s defense budget now going to preventable healthcare costs, which will in turn provide more funds for national security and defense related priorities.  More defense dollars can be spent on fighting and winning wars. After all, at the end of the day, it is the right thing to do.

Urban Warfare and Jade Helm: Why We ...