To Catch a Cheat: Trusting the Verification Regime in Iran 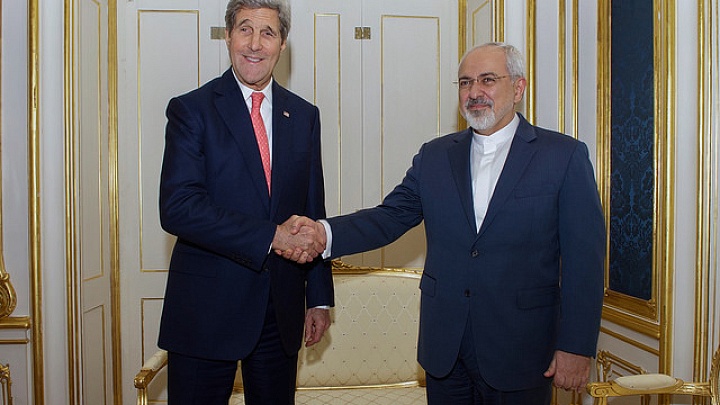 There’s a scene in the 2004 satirical comedy Team America: World Police where Hans Blix, the then-head of the International Atomic Energy Agency (IAEA), comes to Kim Jong-il’s palace and is given the run-around when he tries to conduct a weapons inspection. Blix demands access, then limply threatens: Or else we will be very, very angry with you and we will write you a letter telling you how angry we are. Kim Jong-il then coerces Blix to stand atop a trapdoor, opens it, and dumps him into a shark tank.

Sure, it made for a good laugh (and the fact that the characters were supermarionettes helped, too). But it also perpetuated a certain perception: that weapons inspectors come in, get pushed around, and are ultimately thrown to the sharks. What the perception doesnt reflect is how far the United Nations watchdog has come over the last 25 years in adapting to the realities of breaches in the nonproliferation regime. As a sixty-day review of the Joint Comprehensive Plan of Action begins on Capitol Hill, its important to focus on this transformation – and, in turn, how its lessons relate to the agencys ability to verify the restrictions on Iran’s enrichment capabilities.

The IAEA was founded in 1957, but it was Iraq in the 1990s that helped the organization become what it is today. Using archival agency reports not accessible to the general public, Austrian journalist Gudrun Harrer’s book Dismantling the Iraqi Nuclear Programme: The Inspections of the International Atomic Energy Agency, 1991-1998 documents how the IAEA, which was not used to encountering resistance from parties to the Nuclear Non-Proliferation Treaty (NPT), was forced to transform after the Gulf War in order to counter Iraq’s concealment of its nuclear misbehavior. At the time, IAEA safeguards were designed strictly to confirm that declared fissile material and sites were being used as claimed. As a result of Iraqi obstruction, though, the agency implemented more aggressive and intrusive inspection methods and a more systematic approach to its surveillance. In doing so, the IAEA “proved during the 1990s…that it was able to adapt to a new inspection reality which differed immensely from the traditional safeguards inspections culture which had counted on the cooperation of the state under inspections.” Ultimately, it was also key in verifying the continued absence of a new Iraqi nuclear program.

This approach carried over into the way the agency has responded to Iran. Since 2003, the IAEA has maintained a special focus on Iran, with a team of about 50 that includes its most experienced inspectors and analysts. It has also doubled its verification efforts and increased the number and frequency of inspections (both regular and unannounced). Moreover, there have been significant improvements in the agency’s capabilities to detect clandestine activities. As Thomas Shea, who worked in the IAEA’s Department of Safeguards for 24 years, recently wrote in an article for the Arms Control Association, the agency is “teaching inspectors new skills, making use of growing commercial satellite imagery services, and building its own forensic analysis capabilities.”

These enhanced capabilities have instilled confidence that the agency can detect noncompliance. Two years ago, when asked by Al-Monitor how long it would take the agency to know if Iran was diverting uranium from its declared nuclear sites for enrichment to weapons-grade level, Herman Nackaerts, the Deputy Director General for Safeguards, responded: we would know within a week.”

Under the JCPOA, inspectors will have a nearly unprecedented range of tools in the toolbox. Iran will sign the Additional Protocol of the NPT, which will give the IAEA the ability to inspect any site, declared or undeclared, where there is suspected presence of nuclear activity. As well, monitoring of Iranian uranium mines and mills as well as its centrifuge production, assembly and storage facilities will be in place for at least the next two decades, creating a level of visibility that will make it harder for Iran to set up a secret nuclear weapons program.

We’ve seen that you can teach an old watchdog like the IAEA new tricks. Those tricks should come in handy as the agency tries to ensure the success of this agreement.

So, in a more realistic present-day Team America: World Police, the IAEA would be portrayed as steely inspectors using their know-how to detect even the smallest traces of nuclear activity. Scenes would show inspectors conducting surveillance across Iran’s nuclear supply chain. There’d be killer lines like, cheaters gonna cheat—but not with real-time enrichment monitoring.

Yet, critics in Congress are honing in on the lack of “anytime, anywhere” inspections in the agreement. The rallying cry is understandable given that Iran’s past noncompliance has led to a public perception of distrust. It also plays on old perception: If you give Iran up to 24 days to resolve disputed access to sites, they will pull one over on the inspectors. But while IAEA detection methods have advanced, one important thing hasn’t changed: uranium signatures last for far longer than 24 days. As James Acton of the Carnegie Endowment for International Peace noted in Foreign Policy, “[A]n access delay—even one of 24 days—wouldn’t make any material difference to the IAEA’s ability to detect undeclared nuclear activities.”

The criticism also overlooks the potential detriment of implementing “anytime, anywhere” inspections. Hugh Chalmers and Andreas Persbo of the Verification Research, Training and Information Centre in London warned in an April report that measures beyond the Additional Protocol specific to the Iranian case could be a step too far for the IAEA. To many member states—who would likely be required to fund any sort of Iran-specific inspections effort—it would seem “like a drastic departure from proper procedure, and would exacerbate the impression that the five nuclear weapons states…have disproportionate influence over” the agency, especially given the long process it took for the Additional Protocol to be accepted as the “enhanced verification standard.” In the end, “any attempt to introduce a new standard verification tool…could do more harm to the agency than good.”

We’ve seen that you can teach an old watchdog like the IAEA new tricks. Those tricks should come in handy as the agency tries to ensure the success of this agreement. Some in Congress may be very, very angry about the lack of “anytime, anywhere” inspections, and they will vote against the agreement to show how angry they are. Without an agreement, however, Iran would be allowed to continue with their enrichment program unchecked. In his recent Senate testimony, Secretary of State John Kerry stated, “If we walk away [from a deal], year 15 or 16 or 20 starts tomorrow, and without any of the long-term verification or transparency safeguards we have put in place.” Then the inspectors would really be thrown to the sharks.