The Zero Conundrum of Countering Threats 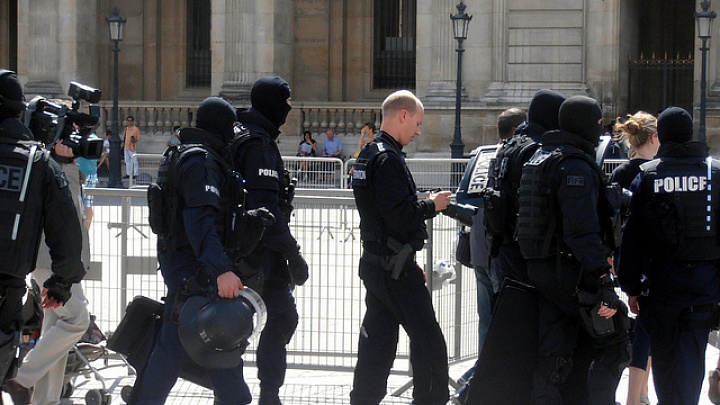 In terms of aircraft accidents, 2014 was the safest year on record for the U.S. Air Force. In the space of just one year, the service achieved a 32 percent reduction in the number of serious mishaps. According to Air Force Magazine, the accident rate per 100,000 flying hours—a standard metric in aviation—was a stunningly low 0.44. To put this is context, the U.S. rate for general aviation in 2013 was 5.85. This was also an all-time low, according to the National Transportation Safety Board, but the Air Force was better, by an order of magnitude.

So, should the Air Force celebrate this accomplishment? In one sense, of course it should. Something is obviously going right when an organization as large and active as the Air Force achieves a new record in aviation safety. Airmen at all levels—from civilian and military policymakers down to the pilots who fly the airplanes and mechanics who fix them—deserve great credit for making accidents increasingly rare. This is especially true when one remembers the Air Force is flying the oldest aircraft, on average, in its history.

But this celebration must be tempered with ambivalence. In 2014, two manned aircraft were destroyed and ten Airmen died in aircraft accidents that were entirely preventable. Those Airmen will never return to their families. Further, accidents resulted in equipment damage amounting to many millions of dollars. Others suffered injuries requiring long, painful recovery periods. In any year, the only acceptable number of accidents is zero, and in 2014, the Air Force failed to achieve this standard.

In response, the Air Force has redoubled its efforts with a new safety initiative to reduce the numbers even further. This initiative is titled, “Quest for Zero.” Air Force leaders will stress compliance with safety directives, Air Force supervisors will ensure their people get the proper training, and Air Force people will practice discipline as they do their jobs, all in the attempt to reach a goal that will never be attained. Somewhere, somehow, there will a bad accident. Someones life will be changed forever, and the Air Force will have failed.

The Air Force is not alone in its ambitious benchmarks. Its Quest for Zero initiative resembles a similar one by Mayor De Blasio called Vision Zero to reduce traffic fatalities in New York. The Secret Service has similarly called for zero security breaches.

In this world of failures, it is inevitable that those who protect us will fail as well. Despite their best efforts, an attack will eventually get through, and people will be killed.

Such is the nature of this type of problem. The only standard is perfection, but we can never reach that standard, therefore failure is inevitable. If we focus only on the failures, however, we may miss some very important successes.

I was reminded of this as I read a recent Washington Post headline: “After Paris Attacks, Questions About Intelligence Failures.” In one sense, the headline is probably accurate. There is a high probability that someone in the intelligence and law enforcement communities knew something that could have prevented the recent terrorist attacks in Paris. Something kept that piece of information from being used. It could have been someone that intentionally failed to do their job that day, although that is doubtful. It is much more likely that the failure resulted from an error in communication, process, or procedure.

After every aircraft accident, the Air Force convenes an investigation to analyze the chain of events that led to the accident. That is exactly what the law enforcement and intelligence communities will do regarding the events in Paris. They will seek the root causes of the “failure.” Over the next few months and years, they will stop many attempts by terrorists to kill innocents. Few will know the full extent of their success, as we want terrorists to remain ignorant of how we identify and track them.

In these terrorists, we face an intelligent, adaptive enemy. This enemy recruits young people from around the world willing to kill innocents and die for their cause, taking advantage of a deep well from which springs forth an endless supply of misguided youth. These youth are themselves the products of numerous “failures.” Their families failed to instill in them the preciousness of human life. Their communities failed to integrate them into productive work. Their societies failed to give them hope of a better tomorrow. Their religious leaders failed to teach them that their God doesnt need their arbitrary, intolerant attempts to right all perceived wrongs against Him.

In this world of failures, it is inevitable that those who protect us will fail as well. Despite their best efforts, an attack will eventually get through, and people will be killed.

As we face this sobering reality, we should remember there is still much to celebrate. The sharing of intelligence among disparate agencies, both within our government and with our allies, is light years ahead of where it was. Similarly, law enforcement agencies now put jurisdiction aside and work together. We have developed powerful tools to identify, track, disrupt, and capture terrorists.

On September 12, 2001, there was every expectation that our society would be the victim of more spectacular attacks, some more deadly than the 9/11 plot. We were playing defense against an enemy that had reinvented the rules of offense, and they had the initiative. Hundreds of thousands of people had to discover new ways of protecting and serving the rest of us. In retrospect, we can say that they did a pretty good job. Yes, there have been attacks, each terrible in their own way, but nothing on the scale of what we expected after 9/11.

So in the wake of the Paris attacks, we mourn with the people of France. We will ask difficult questions to see if there was anything we could have done to help the French stop these attacks. We will also redouble our efforts, as we know we can never be satisfied until the number of people killed by terrorism is zero.

The quest for zero should not blur our definition of success by providing unrealistic benchmarks. After all, from traffic fatalities to terrorist attacks, there is no such thing as perfection.

Scott Horton on How Secrecy Erodes the ...