NATO Has Little to Show from its Libya Intervention 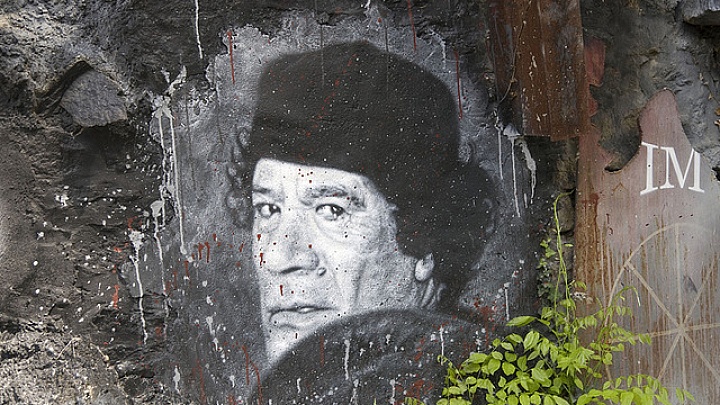 The United Nations Support Mission in Libya (UNSMIL) will conclude on 15 September 2015 with little progress to show for its four year struggle to reassemble a fractured nation following NATO’s 2011 intervention. However, its efforts to restore order arrived stillborn the moment the mandate began. NATO’s Operation Unified Protector’s airstrikes afforded participating nations the luxury of a highly effective military option at low domestic political cost, but this hands-off strategy ensured that the subsequent political transition was chaotic. Instead of shielding Libya’s civilians from atrocities, a nominally humanitarian intervention deepened societal cleavages that continue to feed civil strife today.

Though UNSMIL chief Bernadino Leon orchestrated an accord between the Tobruk-based House of Representatives (HoR) and militants from Misrata, the absence of support from the General National Congress (GNC) will render the agreement moot. The GNC possesses little incentive to join the negotiations as Leon’s solution is filled with false notions regarding the GNC’s role in a government of national accord. Furthermore, the HoR’s continued primacy in the transitional government would keep General Khalifa Haftar as head of the country’s armed forces.

Haftar’s brutal campaign to liquidate Islamist militias from Benghazi and his alliance with Zintani tribes in the country’s west to attack the GNC and Libya Dawn militias provide the deal’s holdouts with legitimate reasons for apprehension .The Libyan National Army’s ongoing operations in Benghazi have come under scrutiny from Amnesty International, which raised allegations about the prevalence of kidnappings and executions in the midst of the fighting. While the UN’s estimate of close to 100,000 internally displaced persons (IDPs) created as a result of the Benghazi fighting alone may be an imperfect figure, it illustrates the depths of the humanitarian crisis in Libya.

To have won both the war and the peace in post-Qaddafi Libya, a full-spectrum effort, including air and ground troops as well as a robust civilian contingent, would have been necessary.

Such events are hardly the end-state the international community had in mind for Libya when it committed to Operation Unified Protector. President Obama remarked that military actions against an illegitimate Qaddafi government were undertaken to protect the Libyan people and prevent a wanton loss of civilian life that would have “stained the conscience of the world.” Despite this, the aftermath of NATO’s 2011 intervention has burdened Libya with the strain of 431,258 IDPs, a proliferation of fractious militias, and two rival governments with dubious claims to represent the true will of Libyans.

As Frank Scotton and Tran Ngoc Chau noted in an article for Cicero, interventions of all stripes must serve national interests and security. Though the rogue Qaddafi regime had posed a threat to Western interests in the past, it remains unclear what, if any, relative security gains stood to be recognized by intervening in 2011. Qaddafi had already abandoned his country’s WMD programs by 2004, and subsequent foreign investment in Libya provided a powerful incentive for the eccentric leader to keep his country off the path of a pariah state once more.

The lack of a direct threat to NATO member states ensured a relatively low-cost, low-intensity solution as far as interventions go. Airstrikes targeted Qaddafi’s forces while a no-fly zone was enforced which exploited the asymmetries between NATO’s technology and Libya’s decades-old Soviet equipment. While the people of Libya were protected from Qaddafi in the short term, the relatively hands-off nature of the intervention has proven costly in the long run for the people of Libya and perhaps the international community.  The lack of a large-scale ground presence and failure to coordinate a unified opposition empowered local militias, which the transitional government failed to effectively disarm, and paved the way for Haftar’s reemergence as a Qaddafi-style strongman. The lack of an effective Western presence within Libya also left intervening nations powerless to raise objections to former al Qaeda-affiliated individuals joining the transitional government, including the head of the Libyan Islamic Fighting Group, Abdelhakim Belhadj. In turn, Hobbesian Libya could facilitate a situation akin to 1990s Afghanistan, where foreign terrorists flocked to organize international terrorism.

Ultimately, the UNSMIL’s efforts to reconcile a plethora of belligerents, each with their own specific demands, arrived too late. The current stalemate perpetuates a governance crisis, which ISIS and al-Qaeda affiliates have exploited through intensifying recruitment and training efforts in the country and which migrant smugglers thrive in, creating a refugee crisis for the EU. Efforts to protect Libyans and bolster democratic sentiment achieved neither and, more damningly, resulted in relative losses in security for nations that participated in the interventions. Unfortunately, the intervention’s participants seem to have drawn the wrong lessons from the campaign, preferring to focus on its short-term sweeping military successes rather than its long-term strategic losses.

While Hilary Clinton’s triumphant yet chilling characterization of the campaign’s efficiency as “we came, we saw, he died” is true, it is almost wholly beside the point. Responsibility to Protect (R2P), one of the justifications for the intervention, was designed to prevent populaces from being subject to war crimes and related atrocities, yet the lackadaisical approach to the use of force in 2011 aggravated the bloodshed even further once Qaddafi was removed. Despite the UN Security Council’s texts on R2P urging the use of appropriate means, the half-measure of airstrikes was far from appropriate.

To have won both the war and the peace in post-Qaddafi Libya, a full-spectrum effort, including air and ground troops as well as a robust civilian contingent, would have been necessary. As several intervening nations were in the process of extricating themselves from the Middle East altogether and Russia and China may have vetoed such a move at the UN Security Council, such a commitment would have been untenable.

The core issue with the type of intervention carried out in Libya under R2P is that states have little overarching interest in committing the appropriate effort to win both the war and the peace. As a result, both the people who are supposed to be shielded and the intervening nations become more vulnerable than before. That, above all, should give pause to anyone seeking positive lessons from the “humanitarian” intervention in Libya.

Why Britain hasnt Followed the US into ...