It is Time to Retire Weapons of Mass Destruction 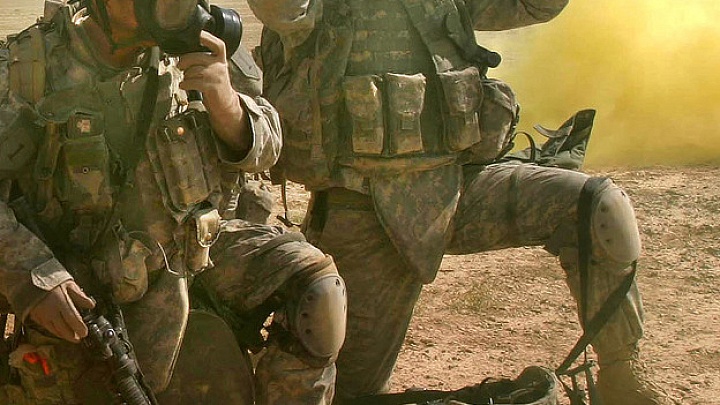 The West has been using the terms WMD and “weapons of mass destruction” to describe an expanding list of weapons and materials for the past 20 years. It was not a term used when I began working in the field. When I first entered the U.S. Army, we used the term NBCnuclear, biological, and chemical. Some of the old manuals in the library at the U.S. Army Chemical School used CBR (chemical, bacteriological, radiological) or ABC (atomic, biological, chemical). Today the U.S. military has adopted the acronym CBRN—chemical, biological, radiological and nuclear. Early in my career, the only references to WMD I came across were in translations of Soviet military writing.  It wasn’t until 1995 when I was working in the Pentagon that I actually heard active use of the term. By 1997, it was thoroughly entrenched. Following the build up to the 2003 Iraq War, it became a household word across America. WMD started as a Soviet-era Russian-ism that crept into the American vocabulary. This misguided, unclear, undefined, and unhelpful term needs to be retired from our active lexicon.

The general assumption is that WMD means the same thing as CBRNchemical, biological, radiological, and nuclear weapons. But this is by no means the case.  Earlier uses of the term are documented, with one of the earliest being by Cosmo Lang, Archbishop of Canterbury, in reference to the 1937 bombing of Guernica during the Spanish Civil War, although this was a conventional attack and not CBRN in nature. There has since been permutations and gyrations in the definition and usage, as covered by William Safire in the New York Times. The recent capture by ISIS forces of Saddam’s former chemical weapons facility at Muthanna has prompted more variation in the definition of the term to the effect that chemical weapons are not WMD.

WMD is vague and over-broad as a term. What does it actually mean?  What are WMDs?  The general “street definition” as NBC/CBRN materials is certainly not the only definition. It means different things in different places.US scholar Seth Carus found over 40 meanings in 2006, and more have doubtless emerged since. Examples abound.  The old Soviet term covered weapons used to inflict heavy casualties, including nuclear, chemical, and bacteriological agents. But smallpox, for example, can be used as biological weapon and is a virus, not bacteria. Is a dirty bomb spreading radioactive material part of this definition? The definitional problems become clear.

The UN also took a stab at defining WMD as, “Atomic explosive weapons, radioactive material weapons, lethal chemical and biological weapons, and any weapons developed in the future which have characteristics comparable in destructive effect to those of the atomic bomb or other weapons mentioned above. “ (S/C.3/32/Rev.1)

The current prevailingbut by no means only–U.S. military definition is from Joint Publication 1-02, but many other U.S. military publications do not bother to define it in detail. JP 1-02 defines WMD as: “Chemical, biological, radiological, or nuclear weapons capable of a high order of destruction or causing mass casualties and exclude the means of transporting or propelling the weapon where such means is a separable and divisible part from the weapon”.

But even the U.S. government cannot agree on the definition.  There is a definition, enshrined in law, which has much broader scope than the Joint Publication.  It creates the absurd position of people using pipe bombs being convicted of using a WMD because of the very broad legal definition enacted into US law (18 USC 2332a).  This law states that the following are WMDs:

This particular law is so overly broad as to be ridiculous. Although the authors mean well, this law is problematic. The precursor clause is troublesome. Sulfur is a direct precursor of the binary form of the nerve agent VX. If I spill a bag of sulfur in the parking lot of a US Post Office, have I just become a WMD terrorist who attacked the U.S. government? Isopropyl alcohol is a precursor to Sarin. So, if you make a Molotov cocktail using isopropyl alcohol, is it a WMD? A zealous prosecutor could argue that such an act would be within the scope of the law. The Boston Marathon bombers were charged with the use of WMD. Though their crime was indeed heinous, it certainly stretches credulity to call their pressure cooker device a WMD.

The “dangerous device” clause broadens WMD to include a whole host of devices already illegal under US law:

By this U.S. legal definition, every military in the world has WMD.  People should not be running around with these kinds of things, but what public policy end is served by making 20mm cannons and 40mm grenade launchers into WMD?  Perhaps it is a binary outlook on the subject, but something is either legal or illegal. What end is served by passing more laws to make something that is already illegal even more illegal? Even more troubling is the “similar devices” clause. This clause is enough to enable a keen prosecutor to make anything into a WMD. Fireworks, smoke grenades, and flare pistols, usually with a bore over half an inch, could all come within the definition.

Various people have argued, both seriously and fatuously, that the term WMD does not really extend to chemical weapons.  Professor James Holmes, at the US Naval War College, argues as much in an article in The Diplomat in 2013. I think that his points are technically quite correct.  More fatuously, when you examine social media over the last year there is some sophistry and, indeed, squirming going on about whether chemical weapons are WMD. The fact that Saddam Hussein really did have Sarin and Mustard is laid bare by the fact that rather a lot of chemical warfare agent mostly in form of useless residue and detritus is at a place called Muthanna. The recent loss of this facility to ISIS has forced some people into an ideologically uncomfortable position – If Saddam Hussein never had WMDs, then what’s this stuff at Muthanna everyone is now worried about?   At least a few commentators have resorted to the flexibility of the WMD term by claiming “chemical weapons are not WMD”. Simply enter the phrase in the search box on Twitter and hold on to your hat.   It is a silly argument to make, but the fact that it can occur at all is due to the fact that the phrase WMD is so flexible it has become useless.

The second problem with the term “Weapons of Mass Destruction” is that it is actually linguistically incorrect.  Even if we stick to the narrow definition of NBC/CBRN weapons, there is not actually much destruction with the B and the C (biological and chemical).  If a weapon does not actually destroy anything, then why call it a weapon of destruction?  Nuclear weapons clearly destroy things, and in a well-understood way.  But the other categories of NBC/CBRN weapons usually do not.  Biological weapons kill people, make them sick, or are injurious to agriculture, but they do not actually destroy anything.  Smallpox and plague are quite deadly, but they do not destroy things.  Anthrax spores might contaminate something for a long time, but there is a fundamental difference between contamination and destruction.

A lot of chemical or biological weapons do not contaminate anything at all.  Chemical warfare agents are not known for destroying anything either. Some toxic industrial chemicals might cause widespread destruction, but these are generally substances with flammable, explosive, reactive, and/or corrosive properties that actually make them unsuitable for use as chemical weapons in a military setting because they are as dangerous to their user as to their target. Much of Professor Holmes’ critique of the term falls under this broad heading, arguing on practical grounds that chemical weapons are not actually a huge problem in naval settings.

Use of WMD as a phrase gives us a third problemconflation.  When we use the phrase WMD as some kind of collective noun, it causes conflation of different materials problems. Even if we are sticking to the narrow definition CBRN materials and weapons, there are fundamental difference between the C, B, R and N.  These differences cover practically every aspect of operations: protection, medical countermeasures, detection, decontamination, and emergency response.  There is no point in saying that chemical weapons are at all similar to biological weapons, as they are very different. So, why should we conflate them underneath an umbrella term?  We can also approach the conflation issue in matters of scale. A single nuclear weapon, even a small one, has quite a potent effect whose use would be dramatic event in human history.  A single chemical artillery round, on the other hand, will not have much individual impact. So why would we use intellectual constructs that make the two nominally equal?

I believe that these various points – vagueness, linguistic inaccuracy, and conflation—are sufficient grounds for retiring this contrived and stilted phrase.  Many others already have. The Carnegie Endowment, in its publication “Deadly Arsenals”, minimizes its use of the term as problematic. I am proud to join the ranks of WMD refuseniks.

If we retire WMD as a term, what do we replace it with?  Why do we need to replace it with anything? If we mean chemical weapons, let us say chemical weapons.  If we mean biological weapons, let us say so. We use specific language in many ways in modern discourse. Modern media is capable of differentiating between a bacteria and a virus, and between a diesel or gasoline engine. These are distinctions far more subtle than the difference between a nuclear weapon and an anthrax spore or a pressure cooker with gunpowder in it. So why do we need some stilted euphemistic phrase like WMD?  We do not need it and we should retire it.

Dan Kaszeta has over twenty years of diverse experience in the defense and security sectors and field of chemical, biological, radiological, and nuclear (CBRN) issues. He was a member of the U.S. Secret Service as a Senior Physical Security Specialist in the Technical Security Division and in the Chemical/Biological Countermeasures Branch. He is an independent consultant atStrongpoint Security and author of CBRN and Hazmat Incidents at Major Public Events: Planning and Response.

The Future of Americas All-Volunteer Force