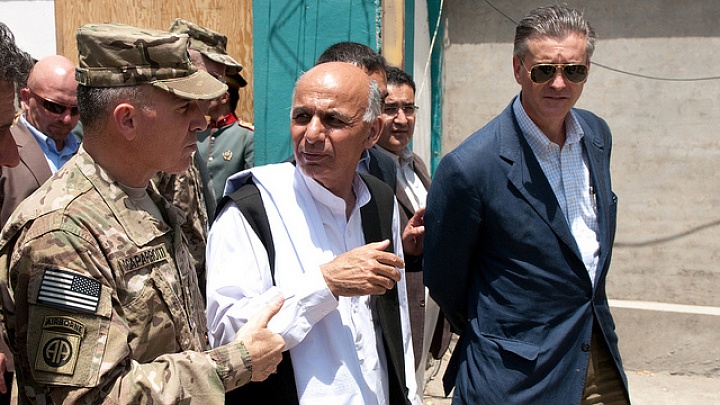 The news since 2001 from Afghanistan has been steady drumbeat of bleak headlines. With the exception of the occasional good news story about advancements in womens rights, much of the news out of Afghanistan follows a predictable pattern billions of dollars wasted, countless lives lost, barely a budgein improved governance, despite the flood of foreign attention.

But are we turning a corner? Loren Thompson, a well-respected analyst at the Lexington Institute, believes we are. In a recent Forbes article, he points to five signs of a turnaround: Security forces are performing better and firmly in control of all the countrys provincial capitals no small feat. Karzai is gone and in his stead is a no-free-lunch Ashraf Ghani, an Afghan version of Jimmy Carter an educated reformer who talks up  the importance of human rights and making the elite more accessible and less, well, elitist. Relations with Pakistan are better and both sides have made pledges to deny safe havens to extremists on both sides of their porous border. Afghanistans economy has inched upward, as foreign investors look to its promising iron, copper, and oil sectors. More and more Afghans own cell phones. And average life expectancy is up by 20 years (presumably over pre-2001 levels). Finally, polls show more Afghans putting greater faith in national institutions (as opposed to local or more informal tribal ones).

Thompson might have pointed to one more hopeful sign: The Washington Post reports that a modicum of peace has returned to Swat Valley, which has been among the most violent parts of Pakistan. Residents are returning and theres even an entertainment park that opened. The province has come a long ways since the shooting of Malala Yousafzai in 2012.

Afghanistan is still no success story not yet. But with Yemen and Syria falling apart, well take good news anywhere we can get it.