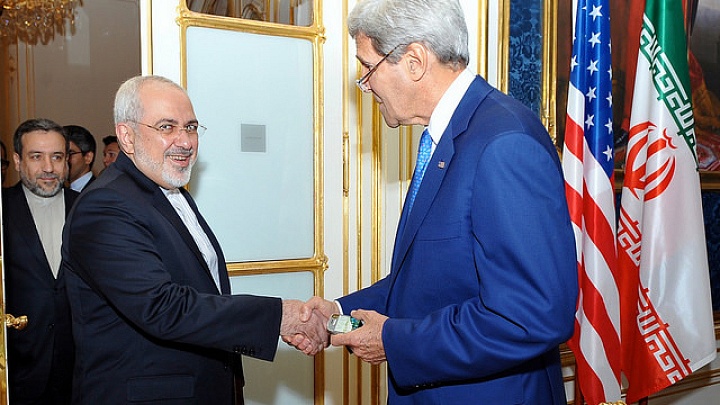 As the P5+1 talks with Iran drudge along toward a tentative agreement, it makes sense to throw out conventional ideas of what successful rapprochement looks like. In fact, piecemeal diplomatic progress that has come out of this legitimate attempt at conflict resolution could lead to unexpected wins for both sides.

If the negotiations to reduce Iranian nuclear capacity in exchange for lighter sanctions against the Islamic Republic fail to materialize by November 24th, every skeptical congressman, pundit, analyst, blogger, soldier, and armchair diplomat will collectively let loose a blistering “we told you so.” A Republican-controlled Congress will push for stiffer sanctions in January. Israel will threaten military action. And the Obama Administration will ask for more time. Inevitably, both sides will say that there is still time for reconciliation, talks will be extended, and the game will continue. Yet, crazy as it may seem, this is the ideal outcome.

While skeptics view the negotiations as a zero-sum game, there are many different layers to it most of which bear fruit for both the P5+1 and Iran hopefully leading to future sustained relations that build trust over time at the price of a more politically tenable, last-minute deal. Most importantly, Iran and the U.S. are actually talking on a regular basis and directly with one another. This alone was difficult to imagine only a brief while back. Even if the nuclear talks go nowhere fast, the good will that has been built thus far should be used as a springboard to talk about other, more pressing non-nuclear issues.

Iran and the West need each other in Iraq. ISIS has proven to be a thorny problem for both sides and one that cannot be dealt with by carrying out airstrikes alone. Dug in, well-financed, battle-hardened, and efficient, ISIS draws strength as a diplomatically untenable force and from its lack of interest in the world of secular politics. Iran knows Iraq far better than the U.S., and this knowledge is extremely useful to the U.S. who is better equipped militarily to deal with the threat. While the U.S. is muddling through an air campaign to try and defeat ISIS, Iran is already fighting it with boots on the ground. A combination of American military might and Iranian intelligence on the ground would be a serious existential threat to ISIS.

Even if the nuclear talks go nowhere fast, the good will that has been built thus far should be used as a springboard to talk about other, more pressing non-nuclear issues.

Stability in Afghanistan and the cessation of opium production there are other areas of mutual benefit. Iran has the world’s highest heroin use per capita, which makes sense given that about 80% of Afghan heroin passes through Iran before making its way to Europe or elsewhere. The U.S. sees Afghanistan’s rampant drug problem as a threat to the country’s stability, given that much of the money that comes from the drug trade fuels warlords and tribal conflict, not to mention provides a steady source of income for the Taliban. Again, a combination of resources to help Iran fight its ground war on drugs along its porous Eastern border would help both sides immensely.

Washington and Tehran both stand to gain from resolving the civil war in Syria. Sunni extremists, including ISIS and al-Qaeda elements operating in the country, are a threat to Syrians and the broader region. Not to mention that allowing such nefarious actors an operating base has proven disastrous to the U.S. in the past. But the raging civil war there can be solved if the U.S. can accept that Bashar al-Assad is likely going to maintain control of postwar Syria. Given this sobering assessment, both the U.S. and Iran have a decision to make: prolonged conflict, suffering, and chaos, or leave Assad in place, but under heavy sanction and close scrutiny.

But although these three areas stand as significant points of common interest, there are also very real issues that neither side will likely agree on in the near future that hamper reconciliation. The Israel/Palestine conflict could not be a more crystalline example of paralyzing disagreement. Iran legitimizes itself as a regional power by providing help to Hamas and Hezbollah, ultimately using the conflict as a way to spread its sphere of influence straight through to the Mediterranean. This is unacceptable to the U.S. government, whose special relationship with Israel all but guarantees American loyalty on the matter, creating long-term ill will between the U.S. and Iran.

But as the U.S. continues talking with the Iranians, both sides need to realize that scratching at old wounds will never lead anywhere. Issues like Israel have been ongoing and should be put on the sidelines while the more immediate concerns that jeopardize both nations’ national security are given precedence. Both sides are dug in on Israel, neither is backing away from their stance, and it is time that this immense roadblock to normalization be put on the backburner until enough trust is built to address it seriously. This means Iran keeping its mouth shut about Israel’s legitimacy and Washington lawmakers distancing themselves from the right-leaning contingency of the Israel lobby.

Maintaining dialogue is half the battle during any dispute. Iran and the U.S. are making history in doing that alone, and neither side is taking it lightly given their icy cold relations since 1979. Iran is legitimately distrustful of Washington, given that every administration since President Carter has undermined or hampered Iranian policy prerogatives.

Both sides would be wise to take stock of the side issues that the nuclear talks may have opened a path towards, put their hubris aside, and make pragmatic choices that will benefit themselves, and each other in turn. If November 24th comes and goes bearing no nuclear fruit, and if dialogue continues regardless, maybe hitting the reset button, working on the more pressing matters at hand, and taking it slow will build enough trust to come full circle and clear up the nuclear issue once and for all. Dialogue, as fruitless as it may seem, may be the best we can do for now.

Joseph Sarkisian is a policy analyst under private contract and a contributor to many online publications. He received his MSc International Relations at Umass Boston, taught on U.S. foreign policy in the Middle East, and primarily focuses on U.S./Iranian relations. He previously lived in Egypt where he studied Arabic at the American University in Cairo. His main areas of interest are the Af/Pak region, Iran, and Syria.

What the War Classics Teach Us about ...