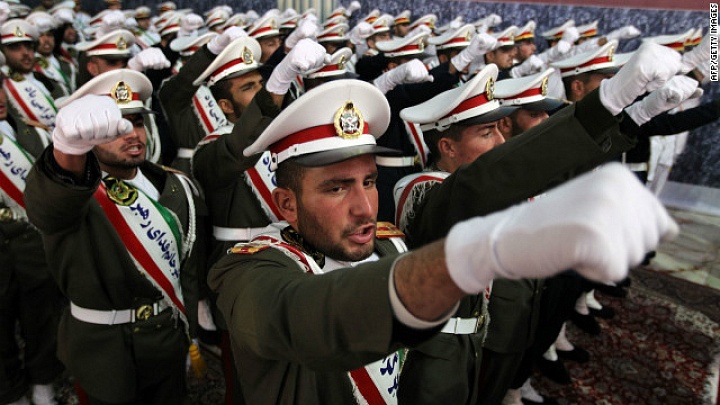 As word of an interim agreement on Iran’s nuclear program filtered out, Iranians on the streets in Tehran rejoiced. Meanwhile, at Harvard, CIA Director John Brennan emphasized the accord’s advantages, pointing to the reduction in the number of Iran’s centrifuges mandated by the agreement. Brennan also expressed confidence in the Agency’s ability to monitor Tehran’s compliance with any deal, noting that “we’ve gone to school” on Iran’s nuclear infrastructure.

Many American leaders are nonetheless hostile to the possibility of reaching a final deal with Iran. One oft-deployed argument is Tehran is guided overwhelmingly by religious ideology rather than rationality. Proponents of this belief argue Iran’s leadership’s ideological commitment to the destruction of Israel drives its determination to obtain nuclear weapons, and thus cannot therefore be deterred or trusted.

Yet what intelligence analysts should instead be focusing upon is the broader question of what actually drives Iranian foreign policy. And datapoints tend to suggest Tehran’s leaders are motivated less by an abstract end-of-days philosophy and more by day-to-day reasons.

This notion that Iran’s leaders are untrustworthy because they are committed to launch a suicidal nuclear attack on Israel rests on the belief that its leadership is driven by messianic Shia theology. Proponents of this theory base their argument on the story of the “Hidden Imam”—or Mahdi—a central feature in Shia religious beliefs. In Shia theology, the Hidden Imam went into a state of occultation at the age of seven and will eventually be returned to earth by God to lead humanity. The Mahdi’s return will be accompanied by a short era of perfect harmony and justice in the world, followed by the Final Judgment and the end of history.

The story of the Mahdi bears a strong resemblance to the other religions’ end-times beliefs. The Iranian leadership’s desire to bring on the Final Judgment, so the argument goes, means if the Mullahs obtain a nuclear weapon, they will use it to destroy Israel and hasten the Mahdi’s return.

One argument is that Tehran is guided by religious ideology rather than rationality. Intelligence analysts should instead focus on the broader question of what actually drives Iranian foreign policy.

This idea that Iranian policy is driven by a desire for martyrdom originated in the 1980s during the Iran-Iraq War, a conflict that killed some one million people on both sides. Due to the superiority of Iraqs armor, air power, mobility and training during the conflict, the Iranian military frequently compensated by employing human wave attacks by untrained troops, sacrificing thousands in the process.

This certainly makes for a frightening story. However, a closer analysis, as well as the true role of religious ideology in Iranian decision-making, demonstrates the “Iran as martyr nation” argument simply does not hold up.

For starters, Iran is not the first country to possess a unique fanatical ideology. Both the Soviet Union and China evinced both a commitment to destroy Western capitalism, combined with a desire to sacrifice tens of millions of people to achieve their political goals. Both of these states possessed nuclear missiles, yet neither regime demonstrated a desire for self-immolation.

Indeed, during the Cold War, it was U.S. military leaders such as Air Force General Curtis “Bombs Away” LeMay who actually advocated the concept of justified preemptive nuclear war. No one in Tehran has ever advocated such a course of action.

Proponents of the “martyr state” argument have frequently referred to some of the bizarre statements made by former Iranian President Mahmoud Ahmadinejad. In 2005 Ahmadinejad claimed that delegates at a United Nations General Assembly meeting had seen a halo appear around his head. He followed this in 2009 when he accused the U.S. of devising a plan “to prevent the coming of the Hidden Imam because they know that the Iranian nation is the one that will prepare the grounds for his coming and will be the supporters of his rule.”

If Ahmadinejad was indeed a bizarre and threatening figure, it’s also true those close to Iran’s Supreme Leader Ayatollah Khamenei – the true power at the apex of Iran’s governing structure – sharply criticized him for focusing on the Mahdi. In 2011, members of Ahmadinejad’s inner circle were arrested and accused of “sorcery,” while conservative clerics argued the timing of the Mahdi’s return could not be predicted and Ahmadinejad’s circle contained a dangerous and “deviant current.”

That Khamenei felt compelled to take Ahmadinejad down a peg or two is unsurprising, and reveals what truly drives the Iranian regime: self preservation rather than religious ideology. Indeed, by criticizing Ahmadinejad’s, the Supreme Leader clearly reflected his theological worldview; namely, he believes the coming of the Hidden Imam represents a future hope to end injustice, albeit one that cannot be brought about by direct human action.

As Mehdi Khalaji, a Qom-trained Shia theologian and senior fellow at The Washington Institute has written, Khamenei has been involved in politics since he was twenty-four years old, and “not one of [Khamenei’s] speeches refers to any apocalyptic sign or reveals any special eagerness for the return of the Hidden Imam… Iranian political leaders after the revolution, especially in the past two decades, have been more concerned about concrete and practical interests than abstract and absolute Islamic ideals.”

Even Khameini’s predecessor, Ayatollah Khomeini, could often be a practical politician instead of a religious fanatic. Prior to seizing power in Tehran, Khomeini promised Iran would be ruled solely by Islamic law, stating “the Sacred Legislator of Islam is the sole legislative power. No one has the right to legislate and no law may be executed except the law of the Divine Legislator.”

However, once seizing power – and coming face-to face with the practical problems of governance – Khomeini’s tune changed. Pulling a complete 180, Khomeini employed the concept of the Guardianship of the Shia Jurist (Velayat-e Faqih), and concluded the leader could overrule Islamic law if it was necessary to safeguard the regime. In a letter to then-President Khamenei, Khomeini wrote, “the government has the right to unilaterally terminate its religious contracts with the people, if those contracts are against the interests of the country.”

Khomeini went on to state outright that “safeguarding the regime is a religious duty above all duties,” thus ensuring Iran’s Supreme Leader would be the ultimate arbiter of policy, and elevating the preservation of the regime itself above all else – including Messianic Shia theology.

Indeed, the ultimate proof of Tehran’s focus on regime preservation is the fact Iran ultimately decided to negotiate the status of its nuclear program with the U.S. at all. Iran may be a theocratic dictatorship, but the Supreme Leader is a politician too, and has a number of key constituencies to keep happy.

Money plays a big part in this balancing act. As Alireza Nader, an Iran specialist with the RAND Corporation has noted, what ultimately brought Khamenei to the nuclear negotiating table was that sanctions were both destroying Iran’s economy and hurting key pillars of his power, including the Islamic Revolutionary Guard Corps, the clergy, and the bazaar.

To be clear, there are numerous reasons why Iran should not be allowed to obtain nuclear weapons. Iran is already an exporter of terrorism and instability to the rest of the Middle East, and a nuclear Tehran might well consider its upgraded status a license to behave even more aggressively. Furthermore, an Iranian “Shia bomb” would almost certainly result in leading Sunni Arab powers taking steps to go nuclear themselves.

However, depicting Iran as an irrational “martyr state” does not fit the facts, and prevents us from approaching Iran with the clear-eyed rationality needed to understand the true motivations for Tehran’s behavior. America’s intelligence analysts should assess it in a similar fashion.

This article originally appeared in Overt Action (@OvertActionBlog) on 22 April 2015.

The Battle for Bayji, and the Heart ...

Fixing Military Intelligence Gathering, but of the ...