In Iraq, A Faustian Bargain Awaits 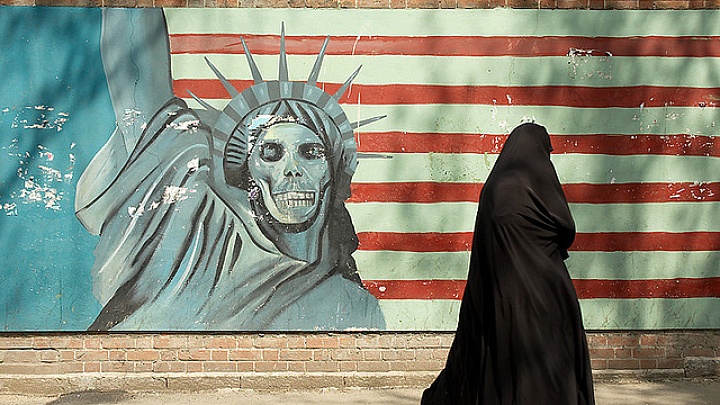 The long-predicted demise of Iraq appears to be inching closer day by day. It faces pressure from the brutal forces of ISIS from the outside in combination with domestic turmoil and ever-present sectarian violence from the inside. A violent and sudden disintegration of Iraq will be a bad outcome for all parties concerned, especially America. Whether or not the implosion of Iraq comes to pass, ultimately, the long-term preservation of American strategic interests in the Middle East requires the understanding that the dissolution of states will continue to be the norm rather than exception, especially when those states borders consists of unnaturally straight lines. Instead of bemoaning the impending failure of Iraq as a circumstance beyond our control, we should take advantage of the opportunity to support our allies—the Kurds—and potentially warm to unexpected new partners –Iran—as a new Middle East strategy will require increased reliance on regional partners and less on boots on the ground. A Faustian bargain awaits.

It is difficult to contemplate the dissolution of Iraq without acknowledging the sacrifice of American veterans and intelligence officers killed or wounded there and not wonder what it was all for. No matter the reason or cost, Iraq could potentially fall and America must plan according to the reality we have, not the one we want. However, it could very well be that our prematurely-forced hand in Iraq turns out to be the best long-term option for American interests in the Middle East, and a way to preserve Iraqi sovereignty.

An imploding Iraq would give ISIS great opportunity to plunder extraordinary resources. Estimates of their gain exceed three million dollars per day in oil income and assets in the multiple billions. Additional territorial gains for ISIS in Iraq seem likely over the coming weeks. The Kurds are playing defense and have been unable to make further gains after taking back the Mosul dam. The Iranian Revolutionary Guard Corps are reportedly already operating on the ground in Iraq, working to protect sacred Shia sites. Every country in the region has interests at stake and the United States would do well to tip the dominoes in its favor before they fall on their own.

America would be planning for the reality we have instead of dealing with the nightmare we dont want: The violent fall of Baghdad and the land-grab with regional and international repercussions to fill the vacuum left behind.

The Iraqi constitution of 2005 included a small provision that allows the creation of federal regions within Iraqi borders, the most notable of course is the Kurdish region already established in the north. The Kurdistan Regional Government (KRG), in place since 2005, acts as a sovereign state within Iraqi borders and is even the de facto ruling body in parts of Syria. The KRG has its own parliamentary government, its own domestic police and intelligence operations, and its own standing army—the Peshmerga Armed Forces. The KRG, either as an autonomous new state or as a continuing federal region, could be the first member and a successful model for “Buffer States” in Iraq.

The second buffer could be a new Arab Shia state in southern Iraq whose border would begin at the northern tip of the West Qurna oil fields (currently Al-Basra governorate) and continue north following the curve of the Euphrates River to envelop the holy Shia sites of Kufa and Karbala. The new entity would likely become a de facto Iranian satellite, but this is an unavoidable reality that should be part a new U.S. Middle East calculus. While allowing the Iranian Revolutionary Guard Corps the ability to move offensively through Iraq may once have been considered unthinkable to the international community, it is the only geographically accessible regional force with the ability and incentive to engage and defeat ISIS.

The third Buffer federal region would consist predominately of Jazirans, Arabic-speaking Sunnis. It would cover Sunni-dominated northwestern Iraq, bordering the Kurds in the northeast and mirroring the Shia arc through the vast deserts to the west of Baghdad and continue south toward Kuwait. However, this Sunni federal district must also include the predominately Shia governorate of Al-Basrah at the southernmost tip of the country. The shallow port at Basrah, the 49 billion barrels of proven reserves at the West Qurna oil fields, and 300 billion dollars of committed new oil projects would be far too dear to be voluntarily relinquished.

Leaving aside the pressure of the ISIS offensive, Iraq is already a torn society on the verge of civil war. As things stand, there is little to prevent Turkey from wiping out the Kurds to the north. Little stands in the way of Iran moving to restore the Shia “Sherwood Forests” of southern Iraq. The pressures on Iraq pulling it in different directions from inside and outside are great. American interests will be far better served by brokering the creation of two new federal regions, in addition to the current Kurdish region, within a still sovereign Iraq. It would serve as a regional policy tool to de-escalate the conflict and facilitate and incentivise action from its partners to destroy ISIS or push them back into Syria.

If Iraq transitions to three constitutionally-recognized autonomous federal regions under the umbrella of a central government, does Iraq cease to exist? The answer is ultimately yes. But not immediately. The constitution allows each federal district a proportionate share of income from oil sales. A standing national army must be paid for. Countless ongoing national programs and services cannot stop overnight. In short, it is a thick umbilical cord to cut all at once.

In 1890, Alfred T Mahan argued that geographical position, demographics, and style of government were directly related to sea power. Nicholas Spykman echoed Mahan’s theory in 1938 and brought it to land, arguing geographical realities are a core component of power. Both Mahan and Spykman argued that geography is a dominant factor in the success or failure of states since it is the most permanent and hard to overcome. However, neither was a geographic determinist, understanding that geography is a component of power, not the definition.

By the time Michael Partem penned The Buffer System in International Relations in 1983, the term was in wide use. To be fair, not all have agreed. More recently, Tanisha Faizal took a different approach and found that, despite the name buffer state, these zones between larger powers historically experience a higher rate of “state death” and actually do not serve as buffers at all.

How would transitioning Iraq into three buffer states introduce much-needed stability to the region? Iraq already has an existing framework to create new federal regions—a system which saw the successful creation of the Kurdistan Regional Government. Such a plan would actually retain Iraqi national sovereignty instead of leaving it to be violently lost to ISIS and/or being carved up following a sectarian civil war. It would create buffers where each is closest to its most natural cultural base.

Faizals argument against buffer states is that two states fighting over a single wishbone leads to the nation in question being broken. In the Iraq constellation, this argument breaks down when considering that the two states, Saudi Arabia and Iran, would obtain equal shares of a state they arguably already heavily influence without having to fight over it. In this case, the buffers create a stabilizing internal tension and with this stability, as Kurdistan has shown, a federalist Iraq could not only survive, but potentially thrive.

None of this can happen without first removing the threat of ISIS. Iran has the only army with the geographic access and the means to do so unless the United States is willing to commit significant economic and military support to Iraq again – a highly unlikely prospect. Under the current Iraq government, the Shia-dominated Iraqi army has little motivation to force unity with Sunnis under one flag. If Sunni, Shia, and Kurds each had their own region, they would have greater incentive to protect it and perhaps greater incentive to assist one another, knowing the other was not attempting to control or oppress them.

Iran has an incentive to protect Shia Iraq and Shia holy sites from ISIS. However, the United States asking for Iranian support in defeating ISIS would likely come at a staggering cost: Either nuclear negotiation leverage or additional time for Assad. Perhaps that is what Tehran is waiting for. With Iranian Revolutionary Guard Corps troops already protecting Samarra deep in Sunni Iraq and no threat to the Shia south, Iran currently has zero motivation to commit significant forces against ISIS. With ISIS turning its attention toward Christians, Yazidis, and northwards toward Kurdistan, neither do Sunni states in the region, such as Saudi Arabia. Other than a weak Iraqi national government facing its own internal problems, the United States and its European allies are currently acting almost alone.

It seems unlikely that significant progress against ISIS can be made without Iran at the table, but that Faustian choice risks the cooperation of America’s Sunni GCC partners. It is a fine line to tread, yet one the United States will face repeatedly over the foreseeable future. How Tehran directs its efforts, both overtly and covertly, to diffuse this crisis will be watched as a litmus test for future behavior and is an opportunity that should not be missed. As the baton of top energy consumer—arguably the basis of the United States relationship with Saudi Arabia—passes from the U.S. to China, America must consider how fast and how far the sands are going to shift in Riyadh. Perhaps the choice is not so Faustian after all.

American interests are far better served brokering the creation of new federal regions under the existing constitution of Iraq and preserving Iraqi national sovereignty—with the full understanding that each new federal region will likely become a sectarian satellite of their neighbor. This is the most realistic chance to restore stability to the region. It is also the price of engaging regional partners to defeat ISIS, as the U.S. has shown itself reluctant to do so alone. Iraqi Kurdistan would retain and strengthen its regional independence. The Sunni GCC states would retain Al-Basrah and gain partnership with a new Sunni federal region. Tehran would gain more access to Shia sacred sites in Iraq and the Shia “Sherwood Forest” of the Iraqi south with a Shia partner region.

By taking action now to transition to a federal Iraq with devolved powers to three regions, America would be planning for the reality we have instead of dealing with the nightmare we dont want: The violent fall of Baghdad and the land-grab with regional and international repercussions to fill the vacuum left behind. A Faustian bargain awaits.

Christian H. Cooper is a term member at the Council on Foreign Relations and writes on the intersection of foreign policy and economic development. He is the former head of interest rate derivatives trading at an investment bank in New York, currently working on the ground in Kabul to advance development through a public-private partnership at the Aspen Institute & US Department of State. He works with central bank governors throughout MENA and Central Asia to advance development by creating innovative, Islamic-compliant financial products.

For the Future Force, More is Not ...

Would Cicero Have Approved of Putins War ...