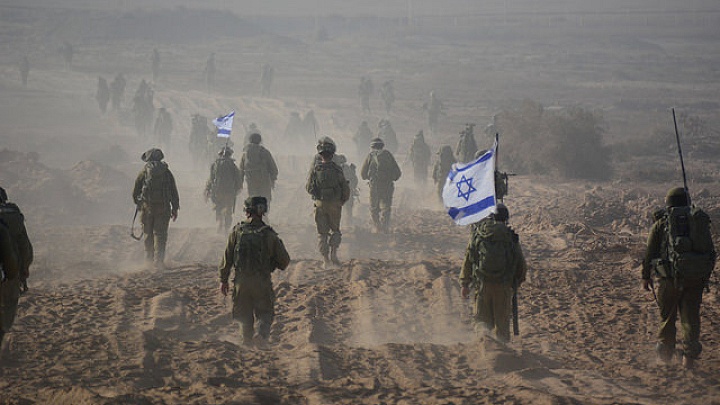 As the U.S. Congress moves closer to a vote on the Iran nuclear deal, Saudi Arabia and Israel will be watching with bated breath, and while Saudi Arabia has publicly acquiesced to the deal with tacit approval, Israel has done no such thing. The problem? Neither of them has any viable alternatives to the deal, nor are they willing to work together overtly to strengthen their own perceived mutual security gaps should the deal go through.

While the two nations were angered at the news that the U.S. and Iran were engaging in direct back channel talks during the P5+1 negotiations, they’ve arguably been doing the same thing for years among themselves, understanding that an Iran which is likely to reclaim its place on the world stage presents problems for the regional power balance they both currently benefit from.

It’s time for both states to go public.

Although overt agreement could be political suicide for Israeli politicians, further entrench conservatives on both sides, and ignite a rash of terrorist activity across Saudi Arabia, such statements of a united front are of the utmost importance for both players on a macro level; domestic security and political issues are far outweighed by the importance of regional power status in an extremely volatile neighbourhood. Given that the vast majority of both populations see Iran as their number one foreign threat, such a deal might be more feasible than expected.

Should Israeli and Saudi intelligence agencies and militaries begin sharing information to develop coordinated contingency plans – as well as how to counter the Islamic Republic’s regional encroachment – Iran won’t be able to compete anywhere in the region.

But let’s take a moment to answer the most obvious question: Why should the two sides go public about security agreements that they’ve been discussing on the back channel – thus avoiding political backlash – for years? Because a bold united front between Iran’s two biggest nemeses after the nuclear deal is implemented will render the Islamic Republic politically sterile. Iran will have implemented the agreement from its end, making any about face in the short-term look very bad to the rest of the world and give its enemies an enormous political win. Further, unification of security capabilities will deal a deathblow to Iranian proxy-led manipulation in the region. Should Israeli and Saudi intelligence agencies and militaries begin sharing information to develop coordinated contingency plans – as well as how to counter the Islamic Republic’s regional encroachment – Iran won’t be able to compete anywhere in the region.

Such security agreements carry less obvious benefits as well. With the two most powerful regional players working together to combat Iranian aggression, the United States becomes far less important to their individual security. Further, given mutual understanding, Saudis and Israelis could tighten their bilateral security gaps by allowing reciprocal arms purchases from the United States. As it stands, the U.S. refuses to sell advanced weaponry to Saudi Arabia because U.S. policy necessitates that Israel maintain a competitive advantage. If Saudis can buy the same hardware, Iran becomes that much more isolated.

But how might both sides sell such public agreement when one contains the two holiest sites of Islam and the other is the world’s sole Jewish state? Answer – with compartmentalized rapprochement measures directly and clearly related to mutual concerns.

Make no mistake, this proposed agreement pertains to the mutual perceived threat of Iranian influence only. While the two rivals also share many of the same security problems, not limited to the looming threat of ISIS and religious extremism, the failed Syrian state, and a host of other smaller issues, those concerns must remain at the wayside if such security agreements are to achieve public buy-in.

Openly stating that a united defense against Iran in no way signifies political appeasement to the other side’s unrelated policies at home and abroad will likely be politically mandatory.

There must be an understanding between the framers of an agreement – much like Iran and the U.S. understand currently – that rhetoric at home must be independent of action abroad. Openly stating that a united defense against Iran in no way signifies political appeasement to the other side’s unrelated policies at home and abroad will likely be politically mandatory. This agreement isn’t meant to lead to embassy openings, it is meant as a realpolitik measure to ensure their own respective places in the balance of power, and the public needs to be sold.

But, public aside, both countries face the same problems that the U.S., Iran, and a host of others do: the fact that there is often great distance between policy experts, practitioners, and government officials on any given national security issue.

Israel is currently dealing with such a problem as many of those in the intelligence and military communities are in favor of the Iran nuclear deal while the public and many conservative members of the Israeli parliament stand in opposition. A poll taken for The Jerusalem Post found that a staggering 78% of Israelis oppose the deal, and Knesset members are crossing party lines in some instances to show their own disapproval. However, their issues seem to spring more from the unease of an emboldened Iran and the complications that come with it than the deal itself. Israel has a rich history of successfully persuading the U.S. to guarantee its security, and this deal creates a whole lot of “what ifs” about that security. Israel may have finally overplayed its hand on this issue, since there are increasing signs that the U.S., at least under President Obama, is distancing itself from its regional ally – all the more reason to carry out a hard, transformational gut check and reach out to others.

Saudi Arabia’s leadership will bear a heavy burden on its own if it chooses to keep playing in the shadows with its Israeli counterparts.

Saudi Arabia has its own nebulous inner conflicts, but one thing is abundantly clear: The House of Saud is nothing if not resilient, and self-preservation is their highest  priority. Given that, it makes little sense for Saudi Arabia to go nuclear on its own; instead, it must start shoring up conventional military resources while extending olive branches across the region. There is no Gulf Cooperation Council joint force, and the unified military command that was recently agreed upon in order to create one is another in a long list of sterile military cooperation agreements among Arab states. This means Saudi Arabia’s leadership will bear a heavy burden on its own if it chooses to keep playing in the shadows with its Israeli counterparts.

Not working together carries plenty of risks for both countries, as well. Neither will remain static, no matter what happens with the nuclear deal.

Should it not pass through Congress, both nations will likely weather increases in the kind of Iranian proxy violence that they worry about should the deal did happen since they would likely be seen as key elements of its failure; Ayatollah Khamenei has surely read, “The Israel Lobby.” In addition, the Obama Administration will be furious with Israel, further deepening an already growing rift between the two. Saudi Arabia will be off the hook for most of the blame since they went along for the ride, and therefore Israel’s walls will further close in as the U.S. works more closely with the Gulf Cooperation Council to ensure the regional power balance remains intact.

If the deal does go through, then they must work together anyway to help neuter any potential Iranian chest beating around the region.

In a worst case scenario, the deal dies on Capitol Hill and Iran goes dark – no more information sharing, no nuclear monitoring, no economic liberalization, nothing; a horrible situation for Israel, Saudi Arabia, and the rest of the world, who will go back to determining when and where to drop bunker busters instead of shaking hands over oil contracts and McDonald’s franchising opportunities.