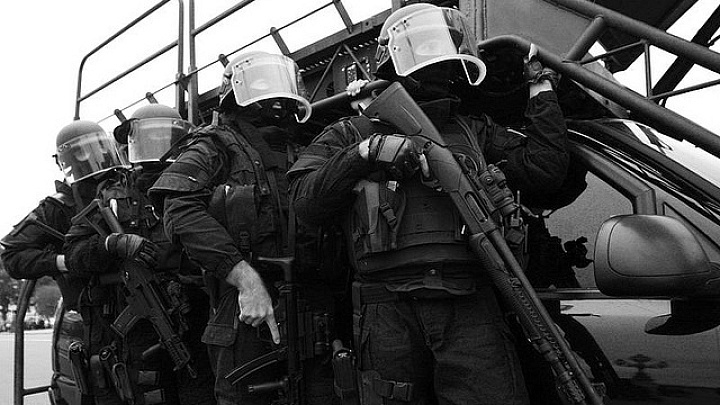 For the past two years, French experts on terrorism have felt anxious. They often emphasized: “The question is not whether France will be targeted by a terrorist attack, but when.” The dreaded attack took place on January 7th, 2015. That evening, various speakers across the media expressed their solidarity with the victims, but also criticized intelligence agencies for their failure, and asked for the implementation of a completely different strategy or the adoption of a new antiterrorist law. Never mind that the last one was only voted on a couple of months ago the mere occurrence of the attacks shows that something went wrong somewhere. The French Prime Minister, Manuel Valls, didn’t hide this fact and asked for a thorough report. But lets face it: No antiterrorist scheme is foolproof. The attack against Charlie Hebdo should not lead to an entire rethink of a French system that had become stronger over the years and now seems solid.

The current system emerged in the 1980s, after the attack on the Rue Copernic synagogue in Paris. The Unité de coordination de la lutte antiterroriste (Uclat, or Co-ordination unit of the fight against terrorism) was created in 1984. In 1985 and 1986, a series of terrorist attacks killed a dozen people. Following these events, an antiterrorist law was enacted and matters of terrorism were assigned to specialized magistrates. In 1996, as a consequence of the spillover of the Algerian civil war on French soil, a major legislative innovation was put in place. Since then, the conspiracy to commit an act of terrorism is in itself considered terrorism, which allows law enforcement agencies to intervene preemptively and condemn individuals who prepare a terrorist attack. Other laws followed – the most important ones in 2006, 2012 and 2014 – all of which sought to adapt the legislation to the evolution of threats.

French citizens must remain resilient. This weekend’s demonstrations are a positive sign, but it is yet to be proved that our national cohesion can last.

Meanwhile, intelligence agencies have experienced deep and sometimes controversial reforms. The last one occurred last year, with the transformation of the Direction centrale du renseignement intérieur (DCRI, or Central Directorate for Domestic Intelligence) into the Direction générale de la sécurité intérieure (DGSI, or General Directorate for Domestic Security). This change was accompanied by the announcement of an over 10 percent increase in the number of agents – currently 3,500 – over the next three years, which is a substantial effort at a time of budgetary constraints. Manuel Valls announced additional reinforcements after last weeks attacks. It also seems necessary to mention the French armed forces, which, on top of domestic missions (protection of airspace, participation in the Vigipirate alert system, ), have been deployed in overseas military operations (Afghanistan, Mali and, since September 2014, Iraq), all of which have a link to the fight against terrorism.

If a weak point in the French system should be highlighted, it would be the absence of programs for the prevention of radicalization. These types of programs exist in several countries (the United Kingdom, Australia, Saudi Arabia, Indonesia, etc) and generally include social, psychological and religious dimensions. They allow “moderate” imams, for instance, to intervene preventively in deprived neighbourhoods, or talk directly to detainees to convince them to give up their radical vision of Islam. French authorities usually doubt the feasibility of such programs: they would not be compatible with the notion of secularism, which is at the core of the French democracy. This reluctance is nevertheless beginning to fade away.

Although the French antiterrorist system seems solid, the current threats are so disperse that it would be impossible to prevent all attacks. These threats basically take four forms: 1) Among the hundreds of French citizens who left to wage jihad in Syria and in Iraq, some are determined to come home and commit acts of terrorism. For instance, a French citizen who trained in Syria killed four people in Brussels’ Jewish museum in May 2014. 2) The spread of jihadist principles on the Internet can bring out direct action in France. At least one attack of this type occurred recently: A man stabbed and injured policemen just before Christmas in a small city called Joué-lès-Tours. 3) The attack against Charlie Hebdo shows that people involved, or even incarcerated, in older jihadist networks – in this case with a link to Iraq and Yemen – can commit acts of terrorism several years later. 4) French interests abroad must also be protected: they are threatened by groups linked to the Islamic State or Al Qaeda.

Faced with multiple and diverse threats, it is neither reasonable to ask that French intelligence agencies foil all terrorist plots, nor that France become a police state. Large-scale attacks – like the ones in Madrid in 2004, or in New York in 2001 – must be prevented but it is impossible to track every suspect and to foil every minor plot. Other attacks will most probably occur in the coming months or years. Thus, French citizens must remain resilient. This weekend’s demonstrations are a positive sign, but it is yet to be proved that our national cohesion can last.

Marc Hecker is a research fellow at the French Institute for International Relations (Ifri, Paris). This essay was originally published in French by Libération and was translated by Hugo Naulot.

Should Intelligence Officers be Hunters or Gatherers?

The Zero Conundrum of Countering Threats