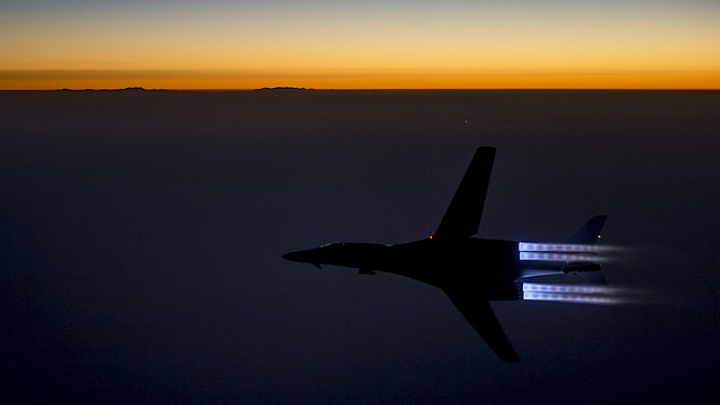 The rise of ISIS has given America an enemy that it clearly must fight. Yet, public and political reluctance to fully commit to that fight has left America militarily constrained in its war against ISIS.  Ironically, these military constraints (most notably the lack of American ground forces) has left it in a situation not unlike that of the terrorist groups America has been fighting for the past fourteen years.  Like groups such as al-Qaeda, the Haqqani network, and others, America now seeks to destroy a state ISIS without the requisite military capabilities for a conventional military victory, though, in America’s case, this is not due to lack of capability, but rather political limitations.  Understanding the strategies of these terrorist organizations can help the US reorient its military policy in regard to ISIS and more effectively achieve its underlying goal of eradicating ISIS.

While weapons and techniques of terrorist organizations have changed over time, from the Sons of Liberty to the Black Hand to al Qaeda the core strategy of these groups has remained constant. These military ill-equipped and resource-poor groups overcome seemingly insurmountable asymmetries in capabilities by focusing not on a conventional military victory, but on disrupting or undermining the incumbent government’s function and legitimacy.  Examples of actions in furtherance of this strategy include assassinations, attacks on civilians, and destruction of government buildings and property.  While often these actions are morally reprehensible, the effects can often be devastating to the incumbent government.  Even limited attacks can create internal unrest and pressure from a populace that quickly loses faith in the government’s ability to provide good governance and safety – two central responsibilities of any government.

Yet, despite America also lacking the ability to achieve a conventional military victory over ISIS, American military strategy in no way reflects that fact.  The US’s insistence on trying to defeat ISIS through militarily crippling it is demonstrated in data outlining American airstrikes against ISIS between September 2014 and February 2015.   Of the 4,817 targets struck by the American military in that time frame, less than 3% were against ISIS’s oil production facilities, and only 1.4% was against key ISIS infrastructure.  The vast majority of strikes were military in nature (i.e. tanks, bunkers, troops, artillery, staging areas, etc.).  While this military focus has undoubtedly played a role in limiting the expansion of ISIS, it has done little to advance the underlying goal of eliminating ISIS.   Yet, the threat of ISIS is not in its size, but in its very existence.

Furthermore, airstrikes against military targets are only a temporary solution.  Any break in the airstrikes will then allow ISIS to rebuild its military, and America cannot indefinitely sustain airstrike operations against ISIS.  As a result, the American military must shift focus from an airstrike campaign that seeks to cripple ISIS militarily to an airstrike campaign that seeks to delegitimize ISIS as a government – a tried and true strategy that has worked for other military limited groups.

Enemy of the State

The US must focus on destroying the key civil service and economic infrastructure of ISIS.  ISIS rose to power as a state out of the chaos and anarchy of civil war.  It gained legitimacy through its ability to provide order, peace, and safety. ISIS rule may be harsh, but most people will choose harsh rule over no rule.  This underscores the fact that ISIS’s true power is not in tanks and artillery, but in police cars, government buildings, and infrastructure. It has even begun collecting “taxes” from business owners in cities it controls, such as Mosul. Hitting these types of targets will destroy ISIS’s capacity to provide the very services that catapulted it to power.

Destroying roads, bridges, and other basic infrastructure will cripple the economy of the region.  If ISIS cannot provide basic services and meet the needs of its citizens, it will lose the support of those it rules over.  When ISIS tax collectors go to work in a town without a functioning police force, with no infrastructure, and no governmental buildings, they will collect little money and distribute only anger and dissent.

Yet obviously this is much easier said than done, and such a strategy raises a variety of ethical and legal questions regarding targeting.  To be clear, while America should pursue the central strategy of terrorist groups of delegitimizing the incumbent government, America should by no means utilize many of the morally repugnant individual tactics and techniques used by terrorist groups.  However, America can delegitimize ISIS while remaining in the ethical and legal right.

Article 52 of the Geneva Convention states, “Attacks shall be limited strictly to military objectives.” Due to the structure of ISIS, their police forces are a legitimate military target as they have been involved in many of ISIS’s major military operations and have been instrumental in quelling internal dissent; their military status is akin to that of Nazi SS forces.  Furthermore, ISIS infrastructure can obviously be used to their military advantage, and oil refineries and other such revenue producing facilities help fund ISIS forces.

In all, America needs to recognize that it is a military-limited force fighting a state – an ironic twist considering America’s recent history.  Accordingly America needs to recognize ISIS as a state, if not openly in the media, at least within the confines of the Pentagon.  To view ISIS as a simple terrorist organization is a foolhardy mistake that will inevitably doom any American military actions.  Next, America needs to take strategy cues from many of the very groups it has been fighting for the past decade. America cannot achieve a complete military victory over ISIS through airstrikes alone, so these airstrikes need to instead focus on destroying targets that carry out basic government functions, thus delegitimizing ISIS as a government.   If America can focus on and destroy ISIS’s governing infrastructure rather than its military forces, the state will be severely weakened and could even be brought to collapse from combined internal and external pressures.

Meeting the Unforeseen: The Need for More ...