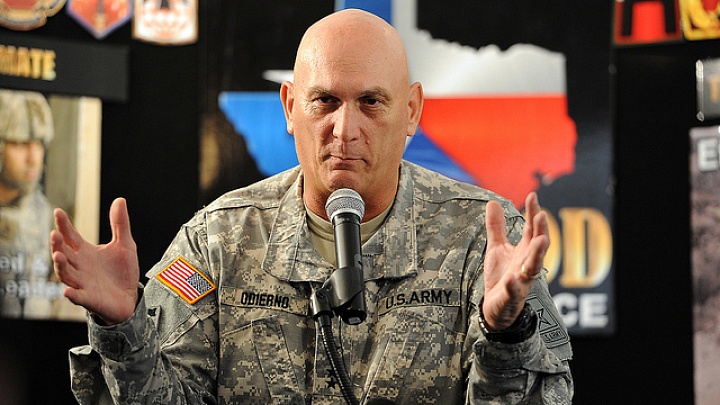 On June 2nd, representatives from twenty-four nations gathered in Paris to take stock of the international campaign against ISIS. With the recent fall of Palmyra, Syria and Ramadi, Iraq, the tide seems to be running with the militants. The grim state of affairs persists despite unprecedented intelligence cooperation against ISIS among traditional Atlantic powers, Iran, and Russia, nearly 3,800U.S.-led airstrikes since August, and ongoing efforts to train 5,000 Syrian fighters. The Paris confab concluded with a joint declaration in which the coalition pledged continued military support, training, and airstrikes.

In short, Western political, military, and intelligence resources remain focused on the ISIS threat. That may be understandable and even necessary. Since resources (and attentions) are limited, however, expending them in the Middle East means they cannot be employed elsewhere, which is good news for the People’s Republic of China.

China is mounting a fundamental challenge to American interests in the South China Sea in particular and in the Asia-Pacific region in general. To confront it will require policymakers’ focus and major intelligence resources. Meanwhile, U.S. presidential candidates don’t seem to notice, or better yet, have not been pressed to care.

South Carolina Senator Lindsey Graham recently announced that he is running for president. While he made passing reference to Chinese encroachment on “resource-rich waters claimed by other nations” and “free navigation of the seas” in his announcement speech, he saved his ammunition for a broader critique of the Obama Administration’s approach to fighting ISIS—or, as he put it, “the enemies trying to kill us.”

It stands to reason Beijing sees how preoccupied Washington can become with ISIS brutality and is carefully extending its power while American attention is elsewhere.

Graham, who has called for sending 10,000 U.S. troops back to Iraq, is among the most consistent critics of President Obama’s approach to the Middle East, but his critique is not unique. The Republican candidates are regularly asked about their Middle East strategies, and they have laid out their general views. For instance, on Face the Nation on May 31, Jeb Bush was asked if he thought the Administration had been “surprise[d]” by ISIS success, and he lambasted the White House for having “no strategy” to confront them. He then proposed greater “coordinat[ion] with the Iraqi government and with the Iraqi military” and “embed[ing] American troops” to help train Iraqi troops and “identify targets”—all which will require significant intelligence and military resources.

A few days earlier, Wisconsin Governor Scott Walker, who has said he is willing to send American troops to Syria to fight ISIS, echoed a similar criticism: That the Middle East’s troubles, and other global ills including in Asia, result from a lack of vaguely defined “American leadership.” And Kentucky Senator Rand Paul stirred up the greatest debate by recently alleging that hawkish Republican policies led to ISIS’s rise.

These positions may be wise or foolish, but at the least the candidates are being forced to articulate them. The same could hardly be said about their positions on Chinese assertiveness in the South China Sea, a threat that poses a graver long-term challenge to great power peace.

In a territory-grab reminiscent of 19th century colonial drives from the Caribbean to Africa, the Chinese are building islands in disputed territorial waters and constructing airstrips to project power in an area vital for international security. They have begun to confront American intelligence collection aircraft flying in international airspace and generally unnerved neighboring countries. For instance, NPR reports some in the Philippines are wondering if it wouldn’t be better to accept Chinese growing hegemony off their coasts than side with the United States, their long-time ally, which seems distracted by Middle East crises.

The United States has responded by stepping up its rhetoric and protesting Chinese aggression. For example, Secretary of Defense Ashton Carter recently told a military audience in Hawaii that the U.S. “will remain the principal security power in the Asia-Pacific for decades to come.” But it remains unclear what Washington can actually do as Beijing flexes its muscles. Given this clash of interests, former CIA Deputy Director Michael Morell has said there is “absolutely” a risk of the United States and China could go to war in the future over these disputed areas.

Balancing American economic interests and security commitments in the Western Pacific while addressing China’s rising power will require adept statesmanship and nuanced understanding from whoever occupies the White House in 2017. But so far, it looks like the candidates for the job have gotten a pass on articulating how they might do so. Try Googling a candidate’s name and the phrase “South China Sea,” and you won’t find much by way of strategy, or even an appreciation of the long-term challenge that is developing there. To the extent candidates have talked about the issue, it seems they have done so in short press releases calling for the U.S. to increase the size of its navy (Governor Walker) or in scripted set-pieces tying Chinese action to Russian revanchism and Islamic militancy and claiming that “[a]ll these things are happening because American power is in retreat and we’ve backed away from the principles” (New Jersey Governor Chris Christie). Incidentally, Christie used a friendly talk show interview to call as well for a larger navy and submarine fleet.

Florida Senator Marco Rubio appears to have said the most on the topic in a speech promising to “use American power” to oppose violations of international waters, including the “chaos caused by disruptions in chokepoints such as the South China Sea or the Strait of Hormuz.” That is all well and good, but the Chinese may just seek to control the seas—not to stifle trade. Furthermore, as Daniel Drezner writes, “the precise way to ‘use American power’ seems important to flesh out.” It seems doubtful there will be much fleshing out if the press focuses on the immediate crises of the Middle East over the important challenges in the Far East.

For her part, it appears presumed Democratic nominee Hillary Clinton’s most substantial statements on the South China Sea, in which she called for “a collaborative diplomatic process by all claimants” to resolve “various territorial disputes without coercion,” predate much of the recent tension.

The media’s focus on ISIS at the expense of Asia is emblematic of how the Middle Eastern “morass” has distracted American energy from the Pacific for at least fifteen years. It stands to reason Beijing sees how preoccupied Washington can become with ISIS brutality and is carefully extending its power while American attention is elsewhere.

Author Robert Kaplan convincingly argues that the Iraq War diverted America, focus to the Middle East and hastened the arrival of what he calls the “Asian Century.” To prevent that from happening again will take top-notch intelligence, supreme geostrategic skill—and public debate. An aggressive press may not teach candidates how to govern, but they can push them to formulate policies and articulate differences for all to judge. As the presidential election heats up, the press and the public need to demand the candidates—from Democrats Hillary Clinton, Bernie Sanders, and Martin O’Malley to the Republican field—address these challenges openly. The Middle East should not crowd out American resources any more than it should crowd out debate on this significant, if stealthy, challenge to world order.

This post originally appeared in Overt Action (@OvertActionBlog) on 5 June 2015.

Vladislav Surkov: The (Gray) Cardinal of the ...

The Fight Within Every Veteran and with ...