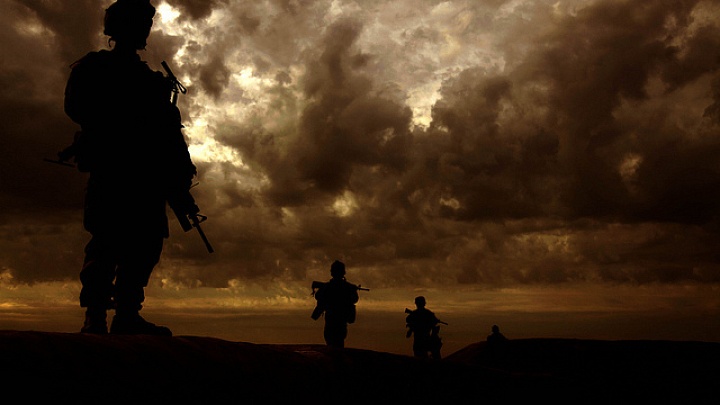 During the last decade and a half of militant extremism with global ambitions, asymmetric warfare has been a much-ballyhooed concept sometimes alleged to give the weaker belligerent an inherent, automatic advantage. But this is a gross oversimplification, and when it takes root in the minds of those threatened by and opposing terrorism, it can become a self-defeating distortion of the truth. Asymmetric warfare goes both ways in conflicts between peers, near-peers, and non-peers alike; and the U.S. and our global partners should constantly be using innovative asymmetry to our own advantage, in every contest of wills we face.

Since that is true, it is striking that JP 1-02 had no definition of asymmetric at all until the definition was first introduced in 2012’s brand new JP 3-15.1, Counter-Improvised Explosive Device Operations. JP 3-15.1 is a doctrine document produced only after terrorists and insurgents in Iraq and Afghanistan had demonstrated both the ingenuity and the capability to develop and employ improvised weapon systems whose strategic effects sometimes far surpass their tactical impact, despite relatively small investments. But the fact that it took that painful experience to add the word asymmetric to our military lexicon should tell us that we are selling ourselves short, even if it is only because we have gotten too comfortable thinking of ourselves as the biggest kid on the block and the odds-on favorite.

How then should the U.S. use asymmetry to our advantage regardless of the type of adversary we face? Going bigger and better with our military forces, even at high cost, is clearly part of the answer. It is also clearly not the entire answer, and it comes with stringent fiscal limits of late.

Iraq and Afghanistan were the proving grounds for a new generation of IED tactics, including the way in which IED attacks have been staged, recorded, and then broadcast for all the world to see. Those tactics allowed Al Qaeda and the Afghan Taliban to deliver their own version of “shock and awe,” with devastating direct results for far too many of our American warriors and troubling indirect results for all Americans watching. The barbarous recordings of the beheadings of one civilian at a time are intended to have the same asymmetric strategic impact. How should we respond? By fighting our enemies just as asymmetrically as they fight us.

Asymmetry and The American Way Of War

In his groundbreaking 1973 book by the same name, Russell Weigley described The American Way of War as one of attrition and annihilation. During the Revolutionary War, Americans fought from a relative absolute position of weakness, and had to apply lots of asymmetric creativity to do that. Increasingly, however, Americans have been able to fight from a relative absolute position of strength, in a way that has overwhelmed the ability of our enemies to fight back. But even this is asymmetric, whether we call it that or not. In that transition from weakness to strength and beyond, Americans first relied on the sheer asymmetric weight of numbers pushed out by a logistics machine with no equal. Think World Wars I and II. Later – and outside the scope of Weigley’s treatise – Americans relied on the sheer asymmetric superiority of capabilities pushed out by that same machine. Think Gulf War I, and especially the early stages of Gulf War II.

When writing about what he called “The New American Way of War” in the summer of 2003, after watching the successful coalition invasion of Iraq, Max Boot said the true genius of U.S. forces that spring had been their creative ability to leverage the benefits of superior American technology, often by improvising on the spot, but all the while as part of a combined arms network. Boot explained how that kind of transformational military cost more than legacy forces, but argued that the improved effectiveness of an increasingly better integrated Joint military team makes it worth the investment.

Part of the beauty Boot saw in this new way of war was its ability to win quickly, with minimal casualties on both sides. “Total war” was no longer necessary. Attrition and annihilation were reserved for the opposing military forces American and coalition forces couldn’t quickly negate or avoid altogether. But the invasion’s initial success was more a result of the specific new kinds of asymmetric advantages we had over the opposition we faced at that specific time than it was a result of choosing a new way of war. In fact, the insurgency that followed the invasion drove American forces back to the bloody slogging which Boot said our military had eschewed; and even after a great deal of effort to squash that insurgency, we are facing the same thing again, in the same place, and worse.

Using Asymmetry to our Advantage

How then should the U.S. use asymmetry to our advantage regardless of the type of adversary we face? Going bigger and better with our military forces, even at high cost, is clearly part of the answer. It is also clearly not the entire answer, and it comes with stringent fiscal limits of late. Even General Mike Hostage, commander of the Air Force’s Air Combat Command and perhaps the world’s most impassioned proponent of the extremely capable but high-priced F-35, has said we need to flip the cost imposition formula, so that our adversaries are spending a million dollars to defend against our five dollar weapons, and not the other way around. As a point of reference, see this informative article on “Asymmetric Power in Advanced Weapons” for a taste of what is possible in military capabilities that won’t break the bank.

As we strive to fight our enemies just as asymmetrically as they fight us, we will keep an eye toward reducing the military costs while simultaneously improving the results. But, more importantly, we will work to extend the network praised by Boot far beyond the military – before, during, and after each occasion when we decide we must unfortunately engage in military combat. We need to build that network to take asymmetric advantage of the full range of U.S and partner nation instruments of national power, in a way that overwhelms our adversaries – and, whenever possible, we should strive to do that without any resort to military action at all. This means applying the best minds not only to careful cultivation of high-tech military capabilities, but to the fully engaged, cross-functional and proactive management of our national security challenges at every level.

After retiring as an Air Force colonel in 2013, Eric Jorgensen served the National Commission on the Structure of the Air Force as a Senior Research Analyst. In his final military assignment, he was Chief of the Total Force Enterprise Management division in the Air Force Directorate of Strategic Planning in the Pentagon. He is a pilot with more than 4,000 military flying hours in aircraft including the F-111F, the F-15E, and the KC-135R.